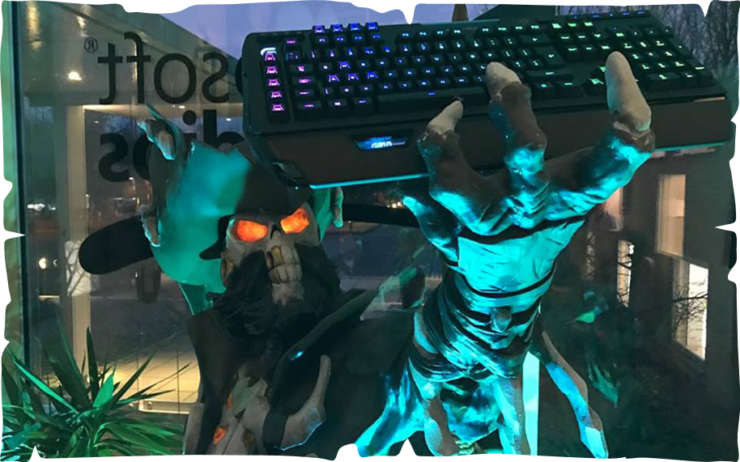 Rare has announced a Sea of Thieves Windows 10 PC technical alpha for a small group of players.

Only 1.000 players will be initially selected to kick off the technical alpha this Saturday from 7 – 10 p.m. BST. Invites for the alpha are being sent out as we speak. According to the British developer, the focus of the technical alpha is on validating the game’s auto-detect settings, which is meant to set graphics settings automatically based on the player’s PC setup.

First and foremost, our focus for this test is to validate our new auto-detect settings. Now you might be asking, “what on Earth is ‘auto-detect’?!”, so we shall tell you! When players first load into the game we have some clever technology that detects the GPU and CPU capabilities and will set the graphics settings accordingly. We therefore want to see how effectively the game analyses and assigns low, medium, high, or ultra settings. We also want to see how well those settings perform on players’ machines.

We’ll be inviting a range of PC specs in this first batch, including a few absolute MONSTERS we found in our PC survey. The exciting thing here is that there are a load of higher-end settings that we hope will work correctly based on our implementation of auto-detect: features like 4K and 60 FPS support should work on capable machines. Because we need to validate that our auto-detect settings are working as intended, we’re not giving players access to video settings just yet. There are millions of different PCs out there but once we’re happy with the results of this first test, we’ll hoist anchor on the video settings for everyone to be able to tinker to their heart’s content!

In addition to testing auto-detect settings, the alpha is meant to receive feedback on the game’s default mouse and keyboard control scheme. Rare writes that the technical alpha will contain the same game features as the Xbox One Technical Alpha.

While the initial alpha will be limited to a small number of invited players, Rare will be allowing more players in the near future.

Sea of Thieves is slated for a release later this year on both Xbox One and Windows 10 PC.