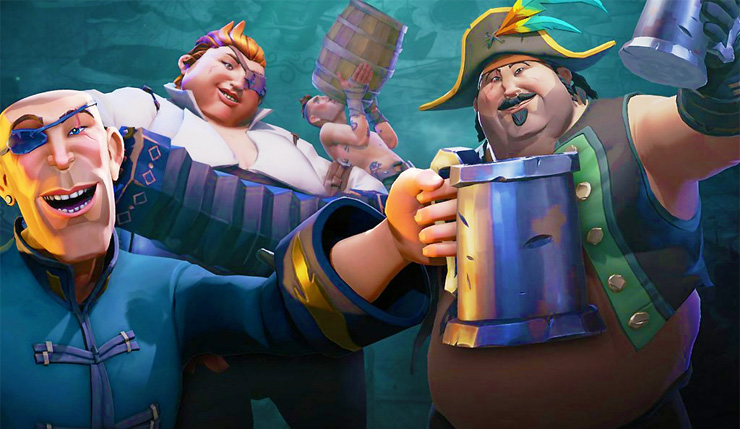 Rare has released Sea of Thieves update 1.0.7 for Xbox One and Windows 10 PC, which adds the ‘Open and Closed Crews’ feature to the game.

The update is somewhat smaller than previous updates, and clocks in at 800mb on all platforms. Aside from the above mentioned new ‘Open and Closed Crews’ feature, the patch also offers fps improvements due to visual effect optimizations and allows players to lock the framerate to 100FPS. In addition, latency has been improved due to server optimizations.

We’ve included the full release notes for the update down below:

This Seat is Taken - Players now have two crew type options available to them, Open and Closed Crews.

Open Crews: This option works in the same way you’re used to. For the Galleon, an open crew will match four players together while also replacing players who leave during a game. For the Sloop, two players will be matched together, with a leaving player being replaced when possible.

Closed Crews: This option allows a single player to begin a game on either a Galleon or a Sloop, allowing friends to join in when they’re available. You can now play with any configuration of players up to the limit on each ship, which is 4 players on the Galleon and 2 players on the Sloop, as well as preventing non-friends from being able to join you. This option replaces the 3 player Galleon and Solo Sloop options in the Main Menu.

Coming Soon: Additional functionality coming soon for Open and Closed Crews includes the ability to dynamically switch between Open and Closed while in the game, in addition to being able to make a session fully private by preventing friends joining.

During last week's maintenance window we made improvements to our servers and services which should have resolved both of the above issues. If you are still encountering the above two issues, please log a Support Ticket so we can investigate this further.

Sea of Thieves is available globally now for Xbox One and Windows 10 PC.