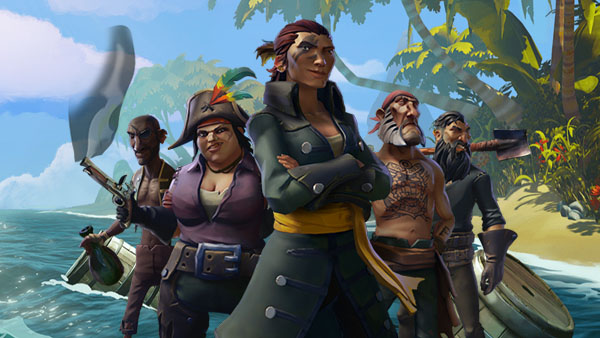 Rare and Microsoft have released a new 4K video dedicated to Sea of Thieves, where the developers have revealed top ten things to know about the title before purchasing it.

It is a good opportunity for all those players who are unfamiliar or have recently seen the title and want to know more. Sea of Thieves invites you to embark on the great adventure of pirates. So you can sail on your boat, explore the seas, or meet other pirates, approach their ships, attack them or cooperate with them.

To reach a larger group of players, Sea of Thieves will feature a reduced-resolution graphics mode of 540p and 15fps to allow PC players to enjoy the game who have less technical power in their hardware components. The pirate video game is one of Rare's most ambitious projects to date and a title in which Microsoft holds its trust.

The trailer allows you to quickly recall the important points of the game, such as the gameplay bases or the cross-platform, which will be available on Xbox One and Windows 10 PCs.

You can also sign up for the "Insider program" for a chance to playtest the game. Sea of Thieves will be available in early 2018 on Windows 10 and Xbox One, with cross-play support. The game will support Xbox Play Anywhere program, which means that you can play it on all of the above platforms by purchasing it once.