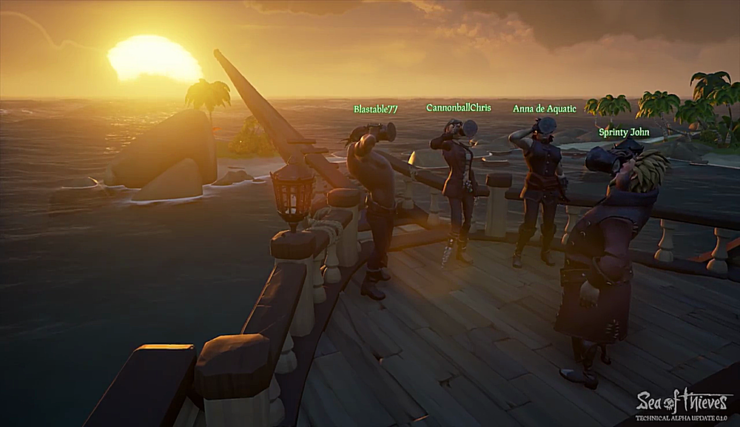 Rare announced that Sea of Thieves will get a Technical Alpha test next week. A few lucky players who have signed up for the Insider Programme will be able to test the shared world multiplayer pirate game, on both Windows 10 PC and Xbox One.

According to Rare, thousands of fans have already signed up but the scale of this session will be limited to around a thousand players.

As with the rest of the Insider Programme, the contents of the Technical Alpha will be subject to the NDA all Insiders must agree to when signing up for the programme.

We’re powering into this phase of development with three main goals in mind:

1. We want to deliver on our promise to Insiders to help us test early game mechanics and services at a larger scale than anything we’ve delivered before.

2. We want to give our participating Insiders the opportunity to provide feedback about their experience.

3. We want to use this feedback and our data insights to make meaningful changes to our game.

Our first Technical Alpha play session will take place next weekend, from December 16th-18th. It’ll be available during several timeslots throughout the weekend, after which we’ll thank our participating pirates and give the servers a rest while we take on board everything we’ve learned, determining the best ways to apply it to Sea of Thieves’ development.

The developers also shared a brand new video. It's well worth watching since it gives us the very first look at core mechanics like melee and ranged PvP combat, finding treasures and exchanging them for gold in towns, resurrecting both your character and your ships.

Sea of Thieves still has no release date whatsoever, but this is another step towards the beta which hopefully will start at some point in 2017.