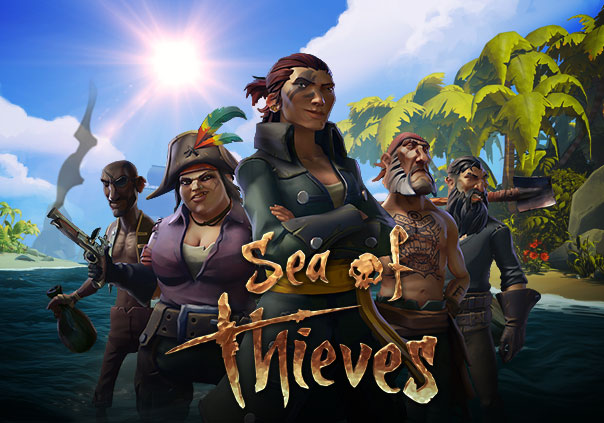 [Update] The 1.1.6 update is now live and servers are back up. You'll find the official release notes for the patch down below:

Sunken Curse Event – Cursed Mermaid Statues are the latest addition to Sea of Thieves. Hidden in the shallows around island shores, they radiate, cursed with ancient magic. For this adventure, the Bilge Rats are challenging all brave pirates to seek out and destroy the statues. Not all statues are bound by the same curse but they all regenerate health over time and while some will require more firepower than others to destroy, no more than four players will be required to destroy even the toughest statue.

Sunken Items - It's not all malevolent curses in the shallows! Eagle-eyed pirates can also find artefacts, skulls and treasure chests hidden on the seabed ready to be plundered.

Bilge Rat Flag - A new flag has been added to all pirates' flag inventory! This new flag can be used to show other pirates that they're on the hunt for Bilge Rat Doubloons.

Multiple server and client crash fixes.
Further improvements and optimisations for all platforms are ongoing.

[Original story] Sea of Thieves patch 1.1.6 is currently being rolled out on both Xbox One and Windows 10 PC, which will introduce the new Sunken Curse Bilge Rat Adventure.

Rare has taken the game’s servers offline to implement the update, and carry out necessary maintenance. The servers are expected to be back up at 2PM BST.

We’ll update this post as soon as the official release notes are available.