Scientists Explain That Men Are More Narcissistic Than Women

Scientists finally released the research to have a sound footings that men of all ages are expected to have more narcissistic tendency than women. This is finalized after examining the data of almost 355 journal articles and a participating men of 470,846 in number. Including technical manuals and manuscripts as well. 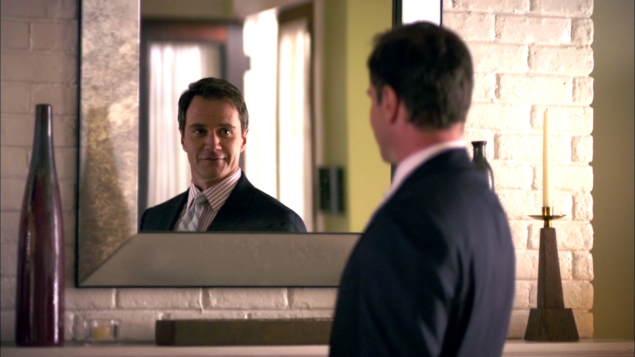 Well Duh! who doesn't like to look at themselves in the mirror @Credit URL

Narcissism seems to have adverse effects at times

Narcissism is not all bad but since it makes people around you uncomfortable at times, you need to keep this in your own self even if you are a highly ambitious personality. However it is by no chance correlated with men having a lot of selfies nowadays.

"Narcissism is associated with various interpersonal dysfunctions, including an inability to maintain healthy long-term relationships, unethical behaviour and aggression," lead researcher Emily Grijalva, from the University at Buffalo School of Management in the US, said in a press release. "At the same time, narcissism is shown to boost self-esteem, emotional stability and the tendency to emerge as a leader. By examining gender differences in narcissism, we may be able to explain gender disparities in these important outcomes."

Grijalva’s team examined the narcissism in the light of three different analytic aspects which includes exploitative, leadership and grandiose/exhibitionism. They basically studied and analyzed the instances of these behaviors exhibited individually by both males and females. The team over a course of thirteen years i.e from 1990 to 2013 looked at the US college students cohorts over the above mentioned period of time.

Mean were calculated for both men and women for the three traits of narcissism mentioned in the above paragraph, and later the gender difference effect size was calculated by subtracting the mean for men from the mean for women and in the last stage it is then divided by the total standard deviation in order to come up with the final quantifier. According to these calculation results, feeling of entitlement has the greatest quantifier i.e. 29. About which the team wrote the following words in the Psychological Bulletin : "This result suggests that compared with women, men are more likely to exploit others and to believe that they themselves are special and therefore entitled to privileges,”

Second to the feeling of entitlement was the gap between leadership and authoritative aspect of the narcissism with a quantifier of 20 which explains that men are more assertive than women and they are more prone to lead and desire to exercise power over others.

Narcissism has other less identified traits associated to it including low self esteem and introversion but these characteristic showed absolutely no differencing when men and women are individually observed in relation to these traits. However these results seem to fascinate many also disturbing for others, scientists explained how this is not the same for each men and women and how it differs from person to person.

"Narcissism is a trait with a relatively negative connotation. We must therefore emphasise that the gender differences referred to in this article do not apply to every individual within a group. Not all men are entitled or exploitative. Not all women are low in a sense of leadership and motivation for authority.

The current results are consistent with the finding that within-group trait differences are generally larger than differences between gender groups. Although we are saying that the average man tends to be more narcissistic than the average woman, we are not making generalisations to specific individuals."

I for one can affirm that we as men are more self obsessed than our female counterparts because of the simple fact that I don't think anyone is better than us, at whatever task they do. I do and always will believe that I am better than others in every sense possible and if given the chance I alone can rule the world.