The AMD FirePro S10000 is one of the Highest End Workstation GPUs you can get from AMD. The S10000 is basically a Dual GPU beast and Sapphire has just rolled out a passively cooled version of the same.

For those of you wondering why is such a high end workstation card housed in a passive cooling solution, the reason is simple. When you are taking server level power houses, you are taking in the plural, tons of cards. And when dealing with such a multitude of cards in a closed environment airflow is absolutely essential. If you are dealing with a few cards then active cooling will do the trick but start going above 10 cards and the cooling of each card will actually hinder airflow. Instead you set up racks of passively cooled cards, actively cooled by an external airflow mechanism.

Anyways these are are the specs of the card. 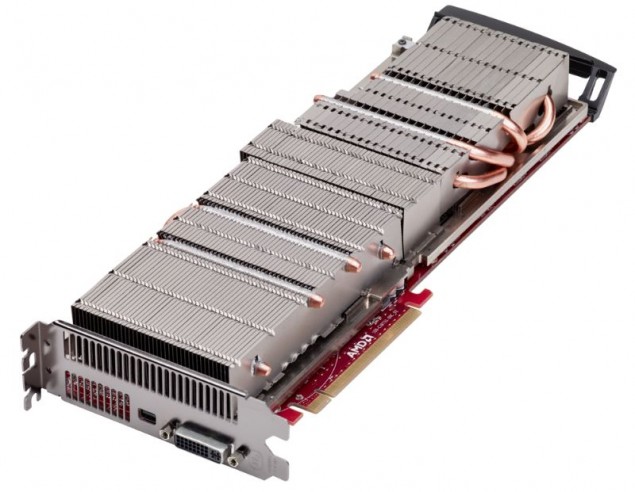 Sapphire has yet to release pricing for this beauty but if you are actually in the market for this card, price would hardly be the obstacle for you. Notice the handle at the back? that's to aid removal and addition to a stack configuration with Multi-GPUs. Imagine if you have more than a hundred, heck a thousand gpus and you had to remove them all by shimmying them out. Yea, not a pleasant thought at all i know. Even though the video market is biased towards Nvidia the AMD cards are generally superior at Compute, so if you are in the market to buy such a card, always know what you are looking for.