The official European prices for AMD's upcoming Radeon R9 290X with and without the Battlefield 4 bundle have been revealed by Sapphire moments before its official launch. Comptoir-Hardware had received the official prices from manufacturer Sapphire who will launch two variants of the Radeon R9 290X graphics card tomorrow. You can find the latest details and benchmarks in our recent article here. 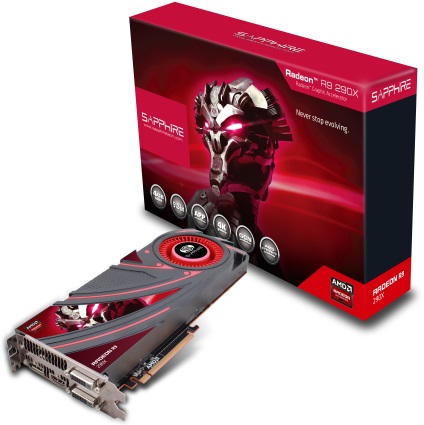 Sapphire would launch a stand-alone variant of the Radeon R9 290X which would feature the reference specs and will retail at the €499.99 price while the Battlefield 4 bundled version would retail for a little more at €519.99. It seems like Sapphire is using their company sticker on the stand-alone version which makes it look unique from the other R9 290X crowd which are re-using the reference stickers and design over and over again.

Let’s get on with the specifications, the Radeon R9 290X is the flagship part featuring the full blown Hawaii chip with 2816 Stream Processors divided into 44 CUs (Compute Units). It has a clock speed of upto 1 GHz. Essentially, the graphic card features two clock speeds at which it operates. These are configured through the card’s Dual BIOS switch that is located right next to the place where the CrossFire bridge is located on Radeon cards. Most reference cards don’t ship with Dual BIOS support and this is probably the first flagship GPU to ship with such an option. The high stream processor and core count allows the Radeon R9 290X to deliver a compute performance of 5.6 TFlops. It features 64 Raster Operators which are twice the amount featured on the Radeon HD 7970.

In addition to the core specs, the Radeon R9 290X comes with a generous 4 GB GDDR5 memory which runs along a 512-bit interface. The clock speed for the memory is effectively maintained at 5.0 GHz that provides a bandwith of over 320 GB/s. The Radeon R9 290 Series is mainly targeted towards the Ultra High-Resolution audience who want to play the upcoming titles at 4K resolutions and beyond that since AMD were showing demo’s of Eyefinity 4K monitors running over a single Radeon R9 290X GPU. The Battlefield 4 Angry Sea gameplay was also demo’d on a single Radeon R9 290X in Eyefinity. The Radeon R9 290X features Dual-DVI, HDMI, Display ports for display capability and has a single 6 Pin and 8 Pin power connector to juice it up.

Expect a detailed article on the AMD Radeon R9 290X from us tomorrow morning as soon as the reviews are available on the net. 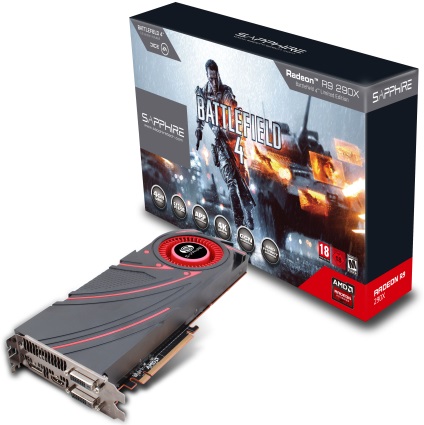