The Flex HD 7770 GHz utilizes the Cape Verde chip clocked at 1000MHz and features 1GB of GDDR5 memory operating at 4500MHz along a 128-bit interface. The GPU unlike the other 7700 series cards can run upto three displays through the HDMI, Display Port and Two DVI outputs, An HDMI to DVI cable is supplied with the package through which a total of four screens can be run at once.

The GPU is compatible with PCI-e 3.0 slots and comes with a single 6 Pin power connector. Cooler on the GPU features a large fan which provides air to a central heatsink. Sapphire's Flex HD 7770 GHz launches on 1st September. 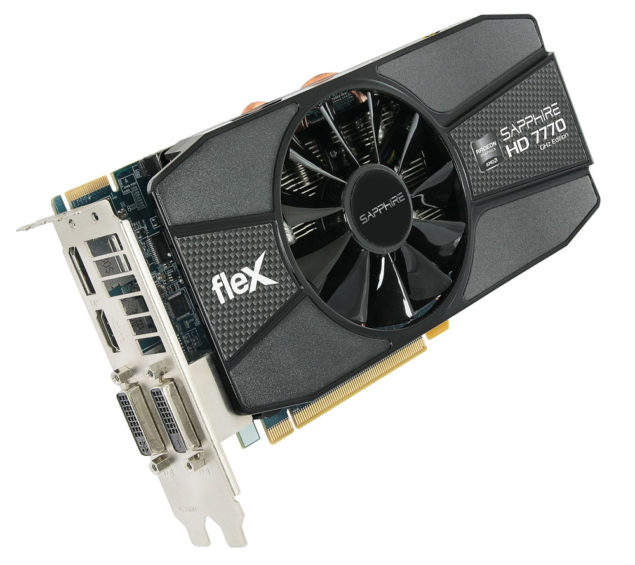