With the launch of the Retina 4K iMac last year, Apple managed to woo quite a lot in the PC industry. Where 4K displays had started to become a novelty, the Cupertino manufacturer's launch of the iMac with a complete package managed to surprise quite a few. But looks like Samsung doesn't want to be held back either, particularly with the Korean manufacturer's new found prowess with mobile hardware these days. And Samsung's looking to up the bar this year, and not by a short amount by any means. 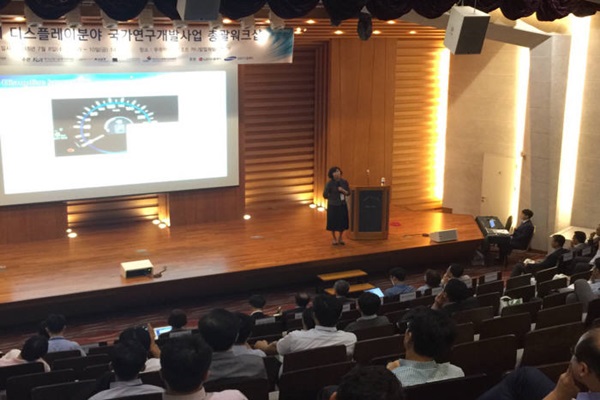 Samsung and the South Korean government have started a partnership which is now expected to churn out the world's first 11K mobile display by the 2018 Pyeongchang Winter Olympics, due to be held in South Korea. The government will be investing $26.5 million over the years following to the Olympic games. This investment is a part of government's EnDK project with estimates of the display being ready by 2018 for a public debut at the Winter Olympics.

For an industry where 2K displays have recently started to become a norm, and 4K display resolutions widely criticized as being too heavy on the battery, what does Samsung hope to achieve with a resolution as massive as 11,264 х 6336, with a staggering pixel density of 2250 ppi? After all, for our eyes, its nearly impossible to discern any more details as offered by today's resolution increases. Well, Samsung believes that this massive number of pixels crammed inside a mobile screen will allow for the creation of a 3D like affect, which could mean such displays becoming a norm if this expectation does indeed hold its ground. There's still a lot of time for this to come to fruition, so we'd hold off any speculations for now. Stay tuned and let us know what you think in the comments section below.