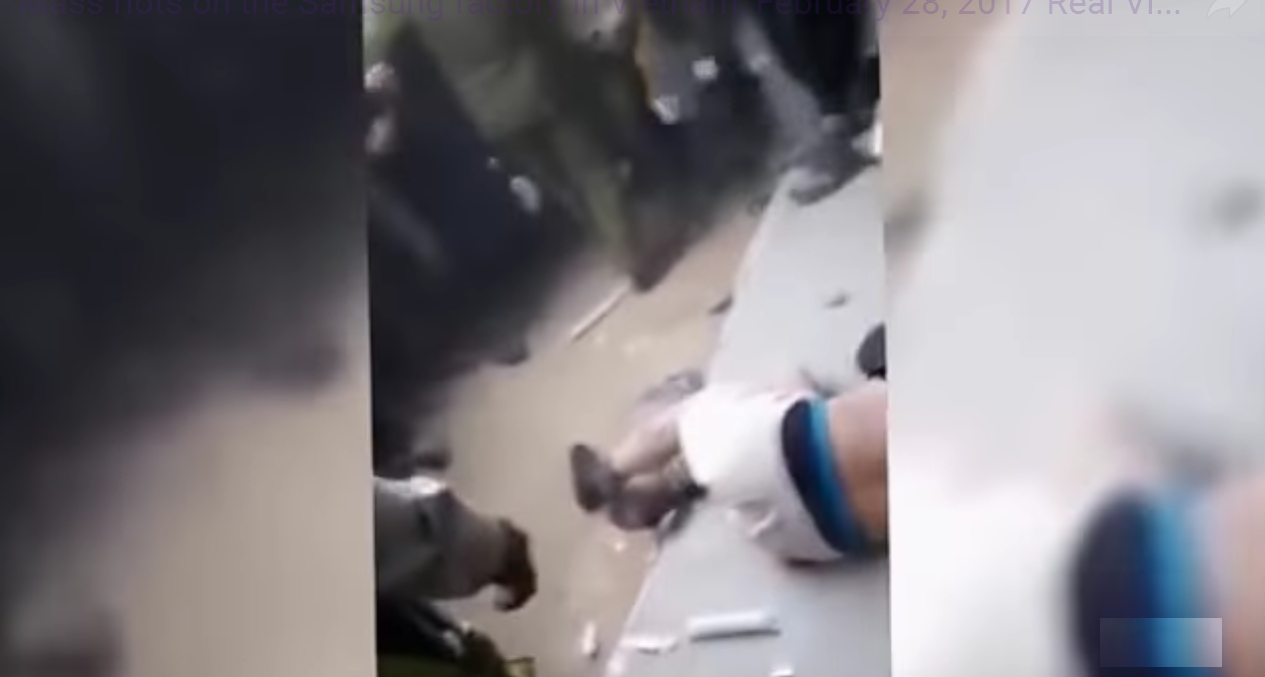 When it comes to worker rights, multinationals aren't trend setters. We all know about stories where Foxconn workers had jumped to their death. In fact, Apple's primary Chinese manufacturing partner had to install nets at its facilities to prevent such events from happening again. Today, its the turn of Cupertino's biggest mobile rival, Samsung. A fight broke out between workers and guards at its display plant in Bac Ninh, Vietnam.

According to an eyewitness, workers were waiting in line to clock in at the facility gates after lunch. An unnamed man, around 40 years of age, was pushed from behind and fell out of the queue. The guards pulled the man into their room. This enraged fellow workers, who raced after the guards and the ensuing riot resulted in a lot of chaos. The local police cleared the crowd after a couple of hours, with 10 officers staying behind to ensure order.

A representative from Samsung speaking to Vnexpress clarified that there is no conflict between the company and its employees. "It was a complete misunderstanding between guards and construction workers when security check into the construction site took longer than expected," according to him. He added that one of the guards was injured in the fight and all other workers are unhurt.

Samsung is a big part of the Vietnamese economy. The company contributes a staggering 23% to the country's export revenues. This incident looks to be a one off occurrence, as it's quite rare to hear about fights breaking out in Samsung's facilities. The company is all set to launch the Galaxy S8 and Galaxy S8 Plus later this month. The pair will feature several design, performance and software based overhauls. Thoughts? Let us know what you think in the comments section below and stay tuned. We'll keep you updated on the latest.