Samsung Is Still Selling More Phones Than Apple in the U.S., Data Reveals 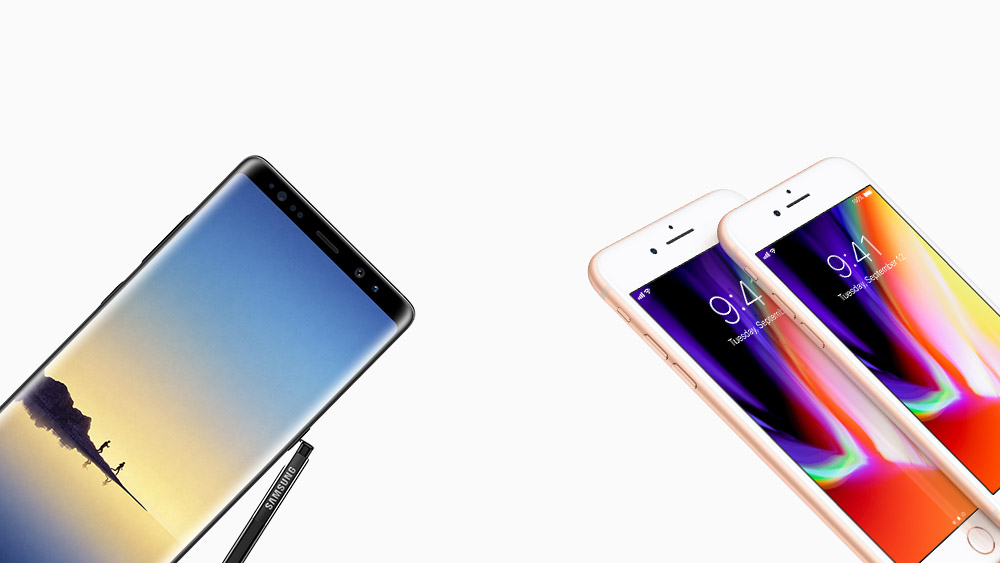 Having officially launched the Galaxy Note 8, Samsung is riding the success express while Apple is yet to launch the iPhone X in the U.S., having left to rely on its iPhone 8 and iPhone 8 Plus. With its flagship smartphone portfolio running rampant in the U.S., data reveals that Samsung has been outperforming Apple in sales taking place in the country.

Albeit by a Small Margin, Samsung Currently Holds the Bigger Piece of the Pie in Smartphone Sales Against Apple in the U.S.

According to the latest data compiled by Kantar Worldpanel, Samsung accounted for 35.2 percent of all smartphone sales in the U.S. over a three-month period ending August 31st. Apple is only a fraction of that percentage behind its rival, trailing with a 35 percent market share within the same time frame.

Unfortunately for Samsung, the Cupertino tech giant is expected to surpass the Korean smartphone giant during the third quarter of this year. This is because the iPhone 8 and iPhone 8 Plus were released after the reviewing period of Kantar and though their previous-gen design means they might not accumulate as many sales as previous models, the iPhone X is expected to bring along a ton of sales momentum, allowing Apple to climb to the top of the smartphones sales chain in this region once again.

The Galaxy Note 8 has only been launched for four weeks and has still managed to grab a 1 percent market share in the U.S. though we’re not sure how much higher this share is going to rise in the future. Still, with the battery problems that plagued the Galaxy Note7 out of the way, the Galaxy S8, and the Galaxy S8+ also command a combined market share of 5.8 percent in the region, so Apple will have a huge amount of competition to tackle.

However, look at the company’s success through iPhone sales alone, it can immediately be deduced that Apple will once again be the leading smartphone manufacturer in the U.S. Do you agree with this or do you have something else to add? Tell us your thoughts down in the comments.