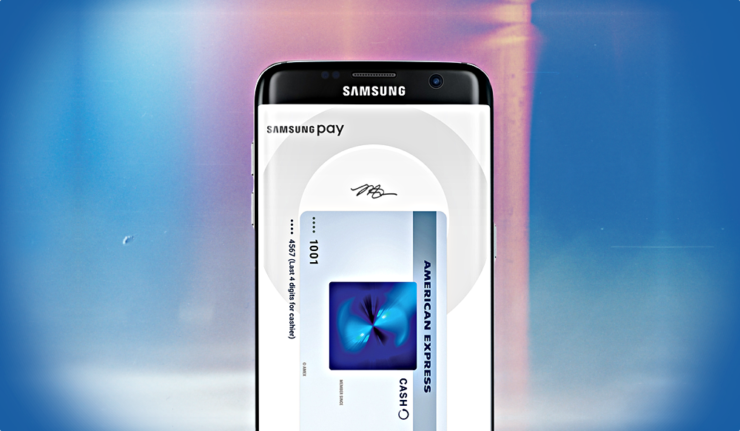 In the past five years or so, we've seen a plethora of smartphone-powered payment portals pop up. Apple has Apple Pay for iOS, Google has Google Pay (formerly known as Android Pay), and Samsung has Samsung Pay. However, support for said payment portals was limited as banks and other financial institutions wanted to push their own alternatives. It resulted in the market becoming inundated with a metric ton of such portals. Some made it while others faded into obscurity over time. JP Morgan Chase's portal Chase Pay was one of the latter and today, the bank caved in and allowed integration between Chase Pay and Samsung Pay. The announcement was made by Samsung via a blog post that reads:

Starting today, Chase Pay customers with compatible flagship Samsung Galaxy smartphones now have the option to link Chase Pay to Samsung Pay. This means that customers will now be able to use Samsung Pay’s Magnetic Secure Transmission (MST) technology, along with NFC, to pay with the Chase Pay app at millions of merchants in the United States by simply tapping the payment terminal.

What sets Samsung Pay apart from the competition is that it doesn't solely rely on NFC. Most credit card machines on the market are not NFC-enabled and require a signal that emulates the magnetic strip of a physical credit/debit card. Samsung managed to implement Magnetic Secure Transmission (MST) to a magnetic signal from a compatible device to the payment terminal's card reader (to emulate swiping a physical card) into Samsung Pay. Currently, Samsung Pay is available in over two dozen countries, and that list will only grow over time. The company even partnered up with retailers to incentivize people to use their payment portal by offering reward points and other perks. You could also get Samsung Pay reward points by merely using Bixby until recently.

Bixby might not be the best digital assistant on the market, but Samsung Pay more than makes up for it. Google and Apple have a long way to go before the can catch up with Samsung, at least when it comes to payment portals. It's always a welcome move for consumers when companies decide not to push their products on to you. Here's the complete list of services that are compatible with Samsung Pay.