Looks like Samsung will finally be taking advantage of the curved edge displays that it has incorporated in to devices like Note edge Galaxy S6 edge. The company’s penchant for curved edge displays has forced it to file a patent that will bring dedicated applications for these curved edge displays. For critics dismissing these screens as nothing more than a gimmick are about the witness Samsung’s dedication towards them as the company has filed a patent with the US Patent and Trademark Office (USPTO). 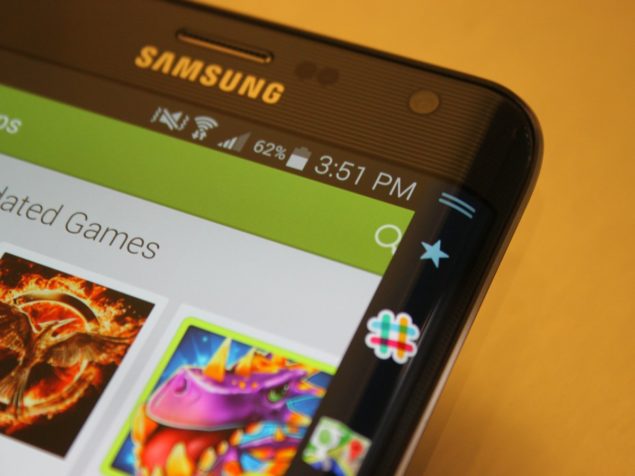 Samsung Files A Patent For Apps Edge; Providing Quicker Access To The Smartphone’s Interface And Applications For The User

According to Phandroid, the patent was filed on July 6th, and states that Apps Edge will be rolled out by Samsung in order to fulfill the following purposes:

“For use in organizing and allowing quick access to frequently used applications.”

With this patent filing, we are confident that Samsung will be aiming to make curved edge displays a mainstream feature in the company’s lesser performing handsets. In other words, Samsung looks to make the edge factor more common as the days pass.

While initially, it was believed that Samsung would be spending unnecessarily amounts of money in to something that would be concluded as a gimmick, handsets like Note Edge and Galaxy S6 Edge quickly displayed quick access to applications without actually accessing the apps menu by the user, increasing smartphone productivity as a result.

Despite the fact that Samsung is able to make its own interface and dedicated apps for Samsung devices, the patent filing will prove more useful for the company if it is able to introduce APIs for third party developers to take advantage of and release their own dedicated apps for improved flexibility.

Another device that will be added to Samsung’s curved edge display portfolio of smartphones is going to be none other than Galaxy S6 Edge Plus. While no other details were mentioned in the patent details, we are really hoping that Samsung makes its API open source.