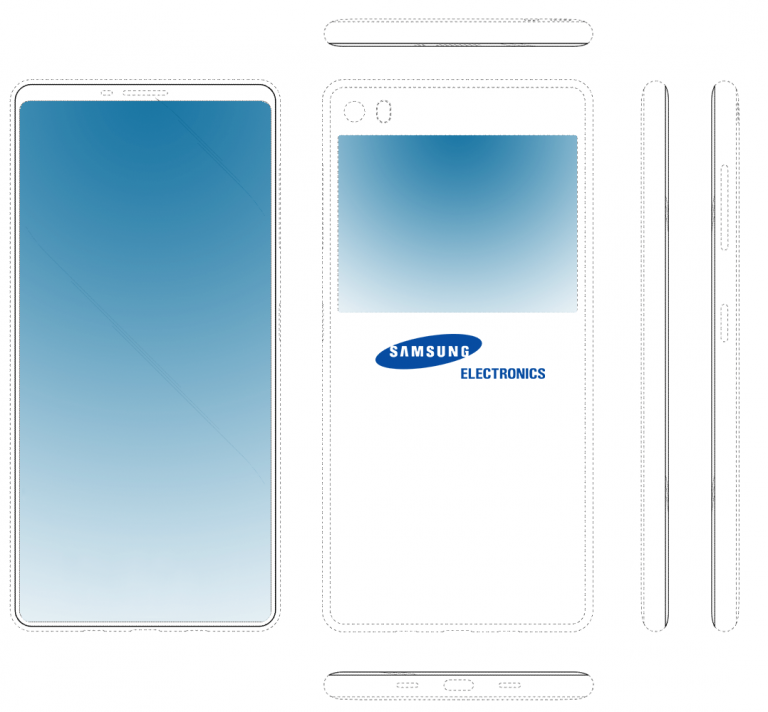 A new patent filed by Samsung has revealed that the company is up to something exciting and unique at the same time. The Korean giant is most likely rethinking its design philosophy for smartphones because various sketches have revealed that Samsung is contemplating a phone with really thin bezels, but there is something else too.

If you look at the images from the patent, there isn’t a bottom chin in sight on the sketches anywhere, though there is a very slim bezel at the top of the screen, probably to accommodate an earpiece and the required sensors.

The most exciting part of the proposed design is the backside of the device. The sketch shows a display that accounts for one-third of the back side of the phone. Above that, the main camera has been positioned and the physical keys are located on the right-hand side of the smartphone. The Type-C USB port and loudspeaker is situated at the bottom of the phone.

Now here is the disappointing bit; even though the device proposed in the patent looks exciting and there is a possibility that the device might materialize, there is no guarantee that Samsung will actually go ahead with this plan. 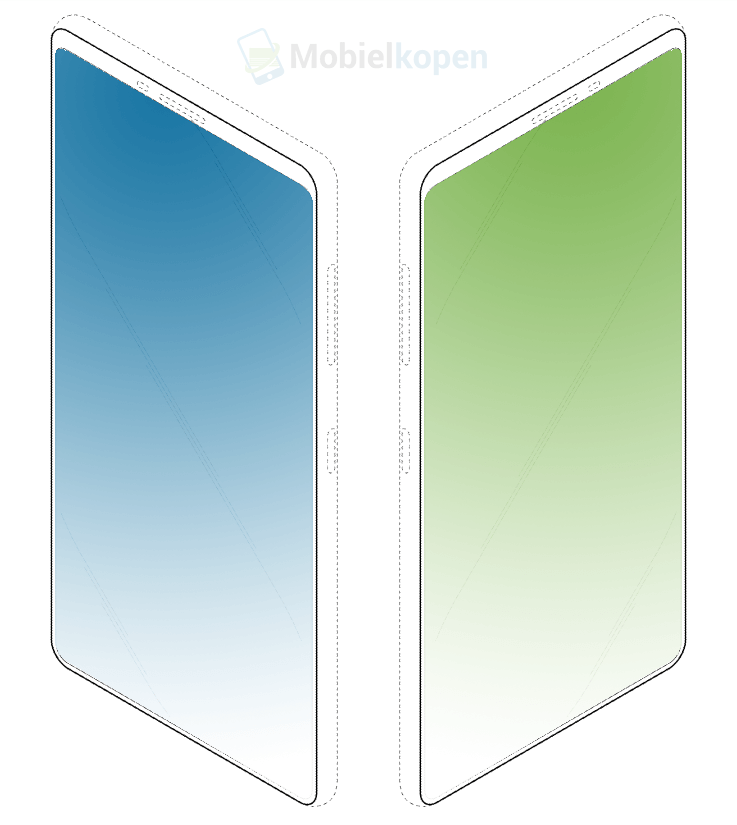 The company is no stranger to experimenting with various smartphone designs and instead of trying this out on its well-established flagship series; it could launch a new Galaxy series to implement this design.

For now, Samsung is busy with its upcoming flagships, which happens to be the Galaxy Note 9. The design will be a lot like the Galaxy S9 and it will be too optimistic for the Note 9 to sport the design shown in the patent. We may see some pieces of this design on the Galaxy S10.

Even now, an alleged prototype of the Galaxy S10 reveals a symmetrical display with no chin, notch or any kind of bezels, so achieving something that is proposed in the patent is definitely possible. Even though the Galaxy S10 may not have a secondary display, it may be a lot different than the Galaxy S8 and Galaxy S9 as Samsung normally upgrades the design significantly every two years.

Let us hope that the design of the upcoming flagship for 2019 turns out to be legit. If other Chinese OEMs are able to pull this off, we don’t see why Samsung will have a problem.