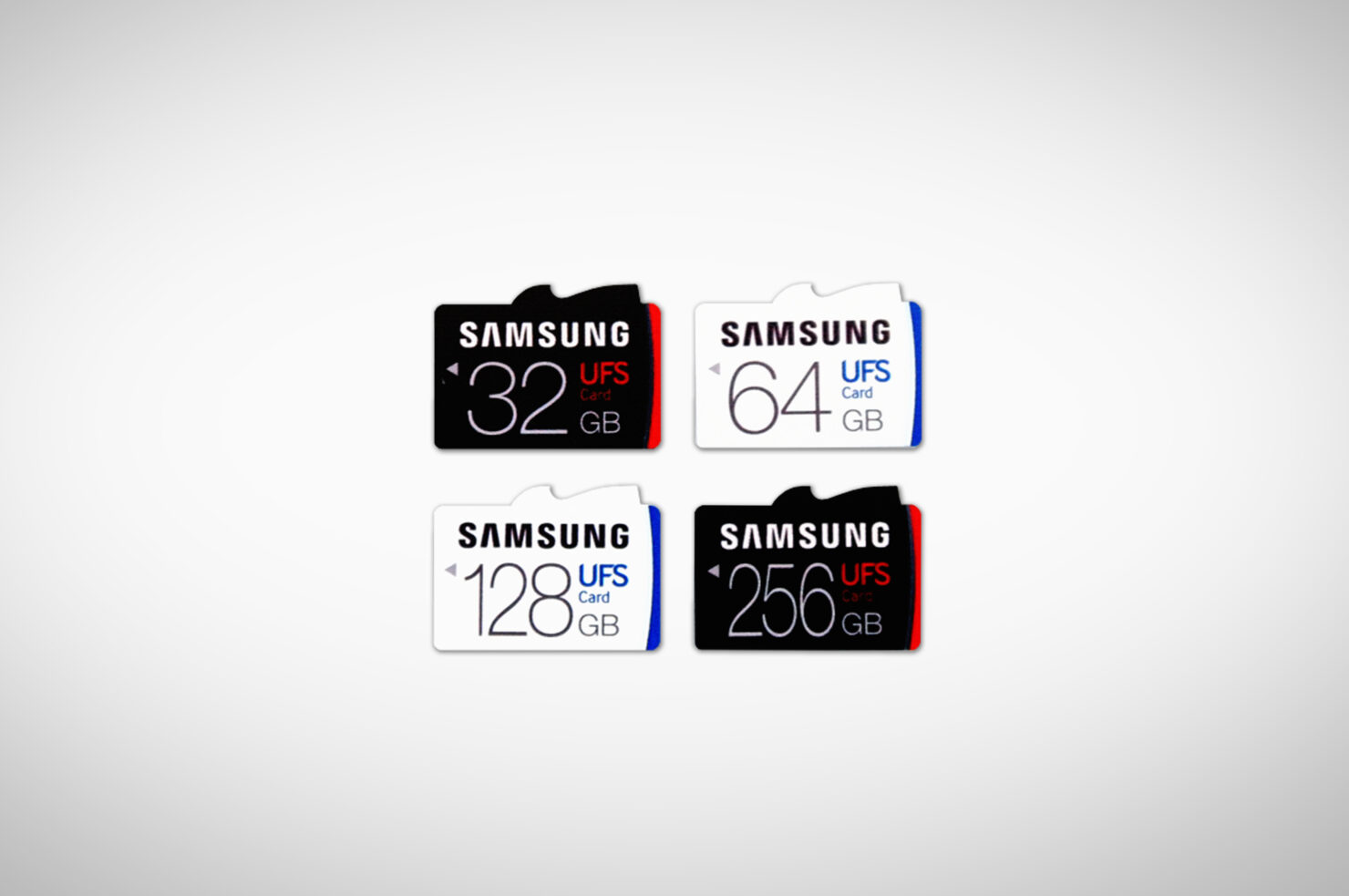 Samsung has unveiled the first ever removable memory cards which are based on the JEDEC Universal Flash Storage 1.0 Card Extension Standard. The UFS memory cards support capacity of 32, 64, 128 or 256 gigabytes. However, the performance is what takes us aback compared to the fastest microSDs on the market.

According to Samsung, the power in the UFS memory cards is necessary to keep up with the change in trend of recording high-resolution footage generated by devices ranging from smartphones to 360-degree cameras. Samsung's UFS cards feature sequential read speeds of up to 530 megabytes per second, which is five times faster than the best microSD cards on the market. This states that reading a 5 gigabytes HD movie will take about 10 seconds using the UFS cards. On the other hand, a UHS-1 microSD card will manage to read the same file in round about 50 seconds with 95 megabytes per second of sequential read speeds. At a rough read rate, the 256 gigabytes card manages to deliver 20 times higher read speeds with 40,000 IOPS, while a typical microSD card offers 1,800 IOPS approximately.

In terms of write speed, Smasung's UFS memory cards can perform with up to double the performance of the fastest micorSD memory cards, for instance, the SanDisk Extreme Pro card has write speeds of up to 100 megabytes per second, while the UFS card retains 170 megabytes per second. The 256GB UFS card can process 35,000 random IOPS, which is 350 times more than a standard micoSD card with 100 IOPS.

Samsung's UFS memory cards will be the solution for high-resolution cameras and other devices that are adopting its support. Probably, Samsung will implement UFS card support in its much rumored Galaxy Note 7. For other devices, it will definitely take some time. Nonetheless, these UFS cards will enhance user experience, especially when it comes to high-resolution 3D games and movie playback. With the substantial increase in performance, the 256 gigabyte UFS memory card will reduce multimedia data download time, buffer clearing time in the burst shoot mode and loading time. The UFS cards can be particularly beneficial to the working of the DSLR camera users.

While the UFS cards looks pretty much similar to the microSD cards from the front, we can see that the pin configuration is non-compatible at the back. At this current point in time, the price and availability are yet to be heard considering different storage variants of the UFS cards. It can be said that Samsung's UFS memory cards are heir to the microSD cards but when it comes to its implementation, it seems the company didn't sketch a roadmap for it.

This is it for now, folks. What are your thoughts on Samsung's first UFS memory cards? Is it likely that Samsung will incorporate its support in its upcoming successor of the Galaxy Note 5? Let us know in the comments.