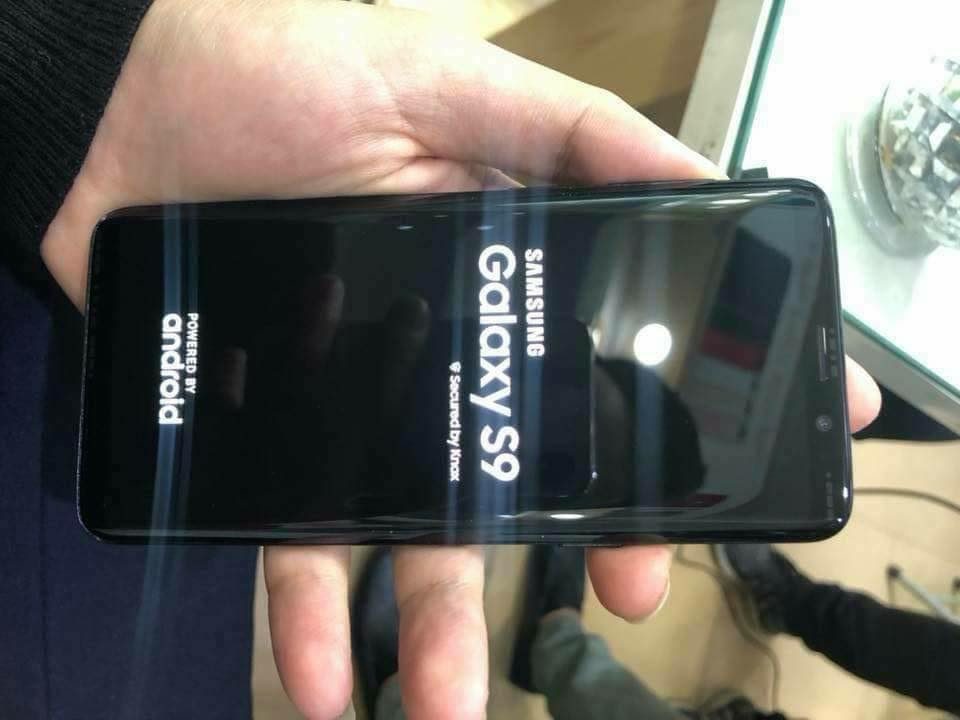 We've got only four days until Samsung launches the Galaxy S9 and Galaxy S9+. The company will take it slow this year, following a 'tick-tock' approach.  After introducing edge to edge displays last year, Samsung will divert its focus on the Galaxy S9 lineup's rear camera instead. It will also shift the fingerprint sensor beneath the camera lens, as it should have done last year. Today, days before its launch, the Samsung Galaxy S9 features in hands-on, live images. Take a look below for the details.

Live Images For Samsung's Galaxy S9 Show Sleek Build With Extensive Use Of Glass Throughout; Single Camera Sensor With Fingerprint Reader Underneath It Present As Rumored

Just as with its predecessor, the Samsung Galaxy S9 is also a regular feature of the rumor mill. However, the industry landscape is vastly different now. Apple launched a $1,000 iPhone, with Face ID, choosing to 'skip' fingerprint recognition completely. It's a ploy designed to make other devices look obsolete. Therefore, the bar is even higher for Samsung, as it sets the pace for 2018's Android flagships.

Right now, looks like Samsung is least bothered with Apple's iPhone X. Remove the device from Apple's 2017 portfolio, and the iPhone 8 lineup's only true upgrade is their performance.. In fact, Apple did not even bother to equip the smartphones with edge to edge displays - a feat which it could have pulled off had it not formed optimistic market demand for the iPhone X.

As you can see above, the Galaxy S9 will not change much aesthetically from its predecessor. Samsung will however, focus on the device's rear camera setup. Both the Galaxy S9 devices will feature variable aperture rear cameras. It's a strong upgrade, that will have a lot of manufacturers looking to equip their offerings with it. However, the Galaxy S9 will still not feature Google's portrait mode for the Pixel 2, or any feature like it.

The relocated fingerprint sensor does look to improve ergonomics, but its shape requires testing before a final verdict. Samsung will not upgrade the display this year either, so if you already have a Galaxy S8, it's better not to upgrade. And, if you're still doubtful, several sources also claim that the Galaxy S9 will cost more. Let's hope Samsung can justify this with new features. Thoughts? Let us know what you think in the comments section below and stay tuned. We'll keep you updated on the latest.