We got a little over four weeks before the Galaxy S9 and S9 Plus start to sell. Samsung's flagship smartphones for this year will build on their successors. After drastically improving its smartphones aesthetically, Samsung's now looking to make some money. After all, Seoul isn't like Apple,  and makes its own components. Its Galaxy Note 8 featured a dual camera setup and now, Samsung's eager to introduce it on the S9/S9+ as well. Today, we've got a lot of details on the pair for you. Take a look below to find out more.

Apart from Apple, things are moving steadily among manufacturers. Google took a good step forward with the Pixel 2, Samsung upgraded its form and OnePlus stood true to its customer base. Now, at least for Samsung, things will continue as they are. Rather than focus on the big picture, Samsung will continue to improve this year's Galaxy S lineup. The pair's camera created respectable hype recently. Now, we've got a reiteration from the Korean press.

In regards to a dual camera setup, Samsung will take a leaf from Apple's playbook by equipping the larger Galaxy S9+ with a dual-camera. This will allow the company to make some serious revenue for it. After all, currently the Korean tech giant sells only the Note 8 and the J series with the feature. And the S lineup is the crown jewel. However, that's not to discount what's rumored for the smaller Galaxy S9's camera. 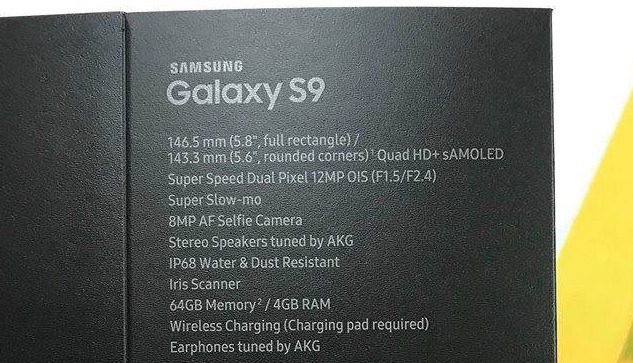 The S9 will borrow from the W201 instead, featuring a variable aperture for its rear camera. At the front, the smartphone's front camera will house an Iris scanner too. The S9+ on the other hand will feature separate cutouts. Another big upgrade is the display. We're seeing rumors of a Y-Octa display for the smartphones once again. They're a feature of the rumor mill since the S8/S8+ pair were launched, but out of these, it's only the former that features a much slimmer display build.

Samsung developed its manufacturing facilities for the display last year. This tech allows applying touch capability to the display much earlier in the manufacturing process, resulting in fewer components and decreased costs. Samsung can produce 10 million of the panels in one month, so maybe we'll see the tech on Apple's iPhone lineup as well. No brownies are expected for those still with the hopes of a virtual fingerprint sensor. That, might be reserved for the Note 8. Thoughts? Let us know what you think in the comments section below and stay tuned. We'll keep you updated on the latest.