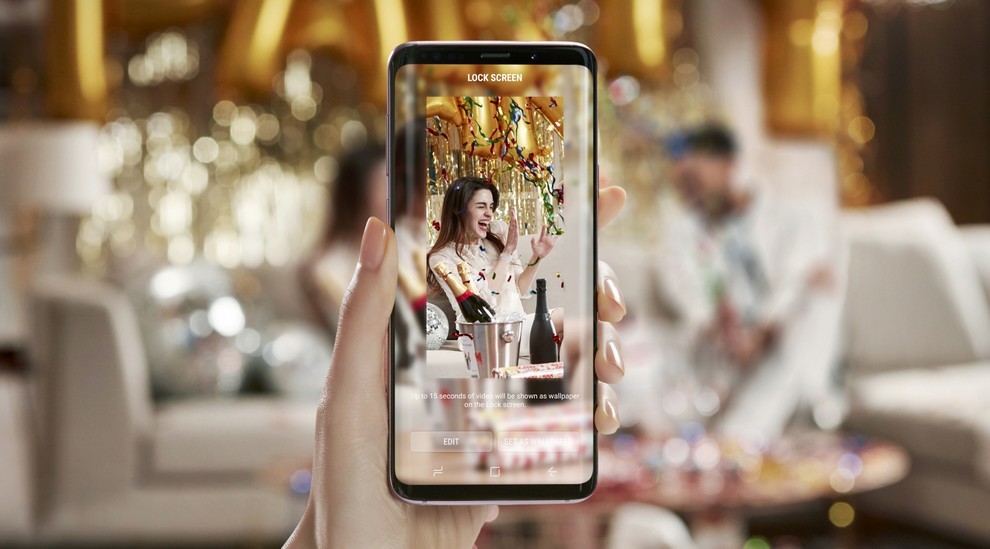 An in-depth analysis of the Galaxy S9 super AMOLED panel confirmed what most of us already knew; it is the best smartphone display on the market. The screen on Samsung's latest handset showed unmatched performance and became the first display to receive All Green ratings in all of DisplayMate's lab test and measurement categories.

Based on our extensive Lab Tests and Measurements, the Galaxy S9 has an Impressive Display that establishes many new Display Performance Records, earning DisplayMate’s Best Performing Smartphone Display Award, and receiving our highest ever A+ grade.

DisplayMate also praised the iPhone X as having the "best-performing smartphone display" on a smartphone. Not the least bit surprising, considering that it was a Samsung panel that was used. So, it comes as no surprise that the Galaxy S9 has now knocked iPhone X off the top spot in DisplayMate's rankings, matching or setting new smartphone display records in several categories including highest absolute colour accuracy, highest peak display brightness, largest native colour gamut, highest contrast ratio, and lowest screen reflectance.

DisplayMate found that the colour accuracy of the Galaxy S9's 5.8-inch display is "visually indistinguishable from perfect", thanks to a record-setting high absolute colour accuracy of 0.7 JNCD, which is "almost certainly better than your existing smartphone, living room 4K Ultra or HDTV, Tablet, Laptop, and computer monitor". The 2,960 x 1,440 display, with 570 pixels per inch, also set a new reflectance score record with a 4.4 percent reflectance level, which measures display readability in bright conditions.

DisplayMate concluded by emphasizing the "tremendous performance advantages" that OLED displays now have over LCDs, which it said secured OLED as "the definitive premier display technology for Top Tier Smartphones in the foreseeable future over the next 3-5 years". Some of the advantages are: OLED panels are much thinner, much lighter. They don't require bezels allowing for a rimless edge-to-edge design. They can be made flexible and into curved screens, plus they have a swift response time, better viewing angles, and an always-on display mode.

The complete analysis of the Samsung Galaxy S9 panel can be found here (warning: it's long and full of big words).