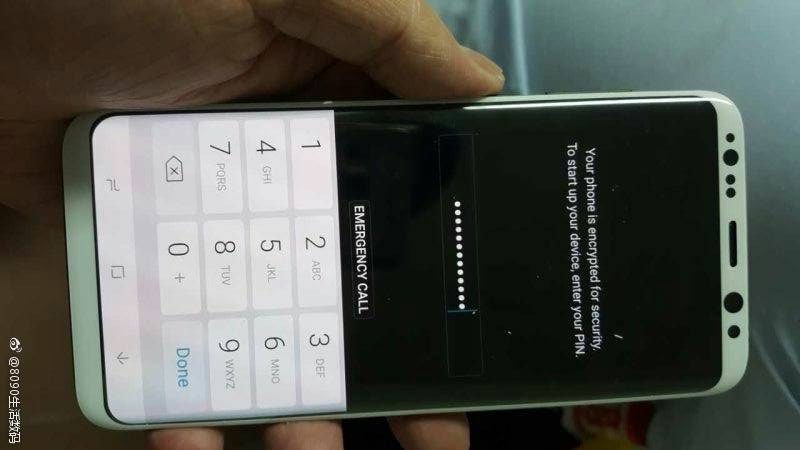 Another day, another Samsung Galaxy S8 leak. The Korean tech giant really needs to work on two critical business aspects. First, as a latest Galaxy S7 Edge explosion attests to, an improved quality control process. Secondly, it really needs to put a cap on these leaks. Granted, they build up a nice hype train pre-launch, but too much of a good thing never works out well. Today, even more Galaxy S8 images have surfaced. Take a look below for more details.

By the looks of things, Samsung seems to have finished up on the Galaxy S8. Earlier reports claim that the reason the device will see a delayed launch is because Samsung wants to be extra vigilant with quality control. After all, the company's eager to avoid another Note 7-esque disaster, especially on its flagship smartphone line. And the stakes are very high as well. Any news of a mobile gadget explosion spreads like wildfire, so a Galaxy S8 in flames is the last thing that Samsung needs.

Today's image set for the Galaxy S8 once again confirms what we've been telling you so far. The device will feature an 18:9 aspect ratio, thin front bezels, a button free front facade and an iris scanner. Take a look at the images below, and you'll see just these features. What makes these images slightly different from predecessors is that the Galaxy S8 in them appears to be up and running.

The two features that are on the images are an unlock screen and the phone app. It's nice to see the Galaxy S8 running, as the display's integration with minimum bezels gains more focus. Unfortunately, due to poor image quality, we can't make out the dimensions of the Galaxy S8 in question. It could be the Galaxy S8+ as well, if you compare its proportion with the user's hands. However, that's a very wild guess and should be treated with the proverbial salt mine.

The Samsung Galaxy S8 and S8+ will lunch at the end of this month. The pair's price tag isn't very optimistic. Sources claim that the Galaxy S8 in particular will cost North of $800. That's a bit out of reach for a lot of users out there. Samsung has also commenced mass production for the device. Initial estimates are set at 12.5 million. Thoughts? Let us know what you think in the comments section below. We'll keep you updated on the latest in the meantime.