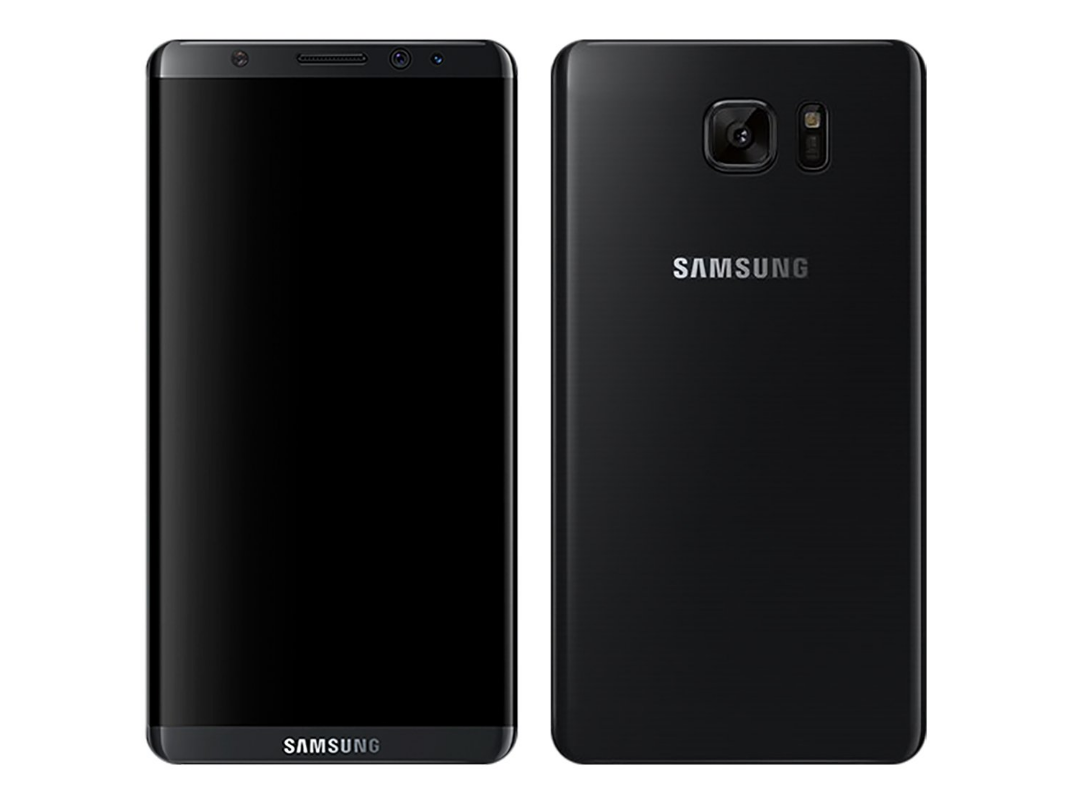 It's been a while since we've been seeing information surface about the Samsung Galaxy S8.The flagship has been a regular feature of the rumor mill. It'll chagne quite a few things on the lineup. These range from removing the home button to an all new virtual assitant and software updates. However, as informative as these leaks have been, there's been little to no visual information about the device. That might change today as the first image of Samsung's upcoming flagship has leaked. Take a look below for more.

2017's flagships are expected to have a lot of features in common. They won't feature a 3.5mm earphone jack, will be powered by 10nm processors and remove the home button. Both the iPhone 8 and Samsung's Galaxy S8 have seen similar rumors in this regard. While it's still too early for any images leak related to Cupertino's flagship, Samsung will launch the Galaxy S8 soon. And right on cue, the device has surfaced in what seems to be an authentic leak today.

Taking a look below, the Galaxy S8 has that wide screen to body ratio as promised to us by the rumor mill. In fact, save the top and bottom, there's virtually no presence of bezels on the device. There's also what appears to be an Iris scanner at the front. Samsung debuted the feature with the Note 7 but it failed to gain traction as the device demonstrated manufacturing defects soon after launch. 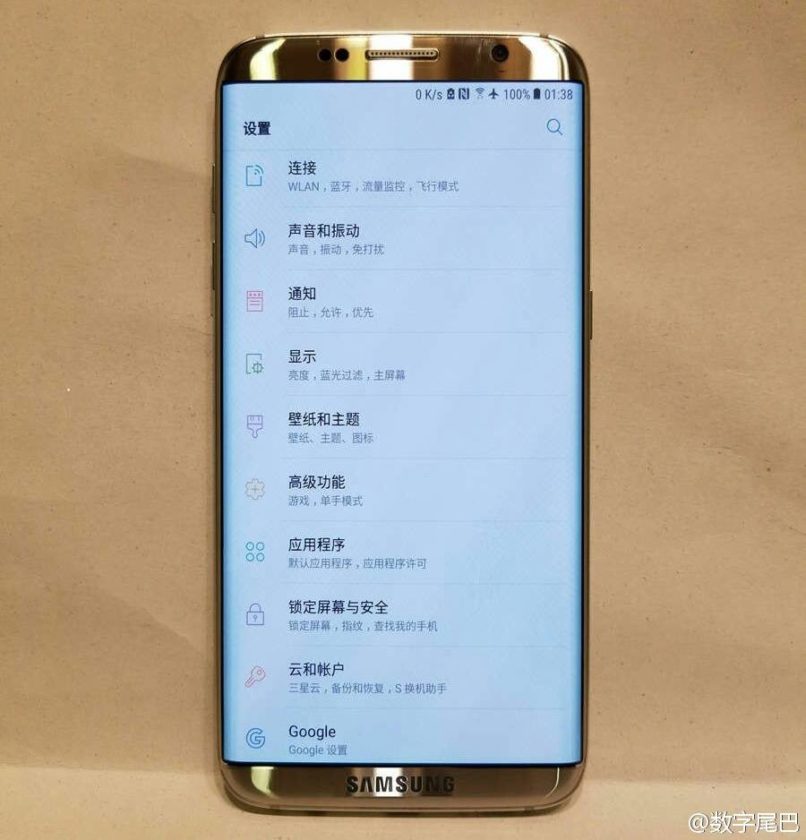 Aesthetically speaking, the device is as premium as it can get. There's a shiny gold finishing that blends in nicely with the edged screen and the thin bezels. The Samsung logo also appears rather ominously at the bottom. Apart from this, there's little that can be discerned from the image. There are no other image depicting the device from its sides, back or bottom. So we aren't sure what to expect at these ends.

Taking a loo at this image, one thing is for sure. Samsung's device won't be easy on the pocket. The premium touch and feel that's very visible over here isn't going to be cheap by any accounts. We're eager to hear more about Samsung's plans for the Exynos 8895. After all, if the Korean tech giant equips such a device with an equally powerful processor, then it'll be able to put the Note 7 in the past efficiently. Thoughts? Let us know what you think in the comments section below and stay tuned for the latest.