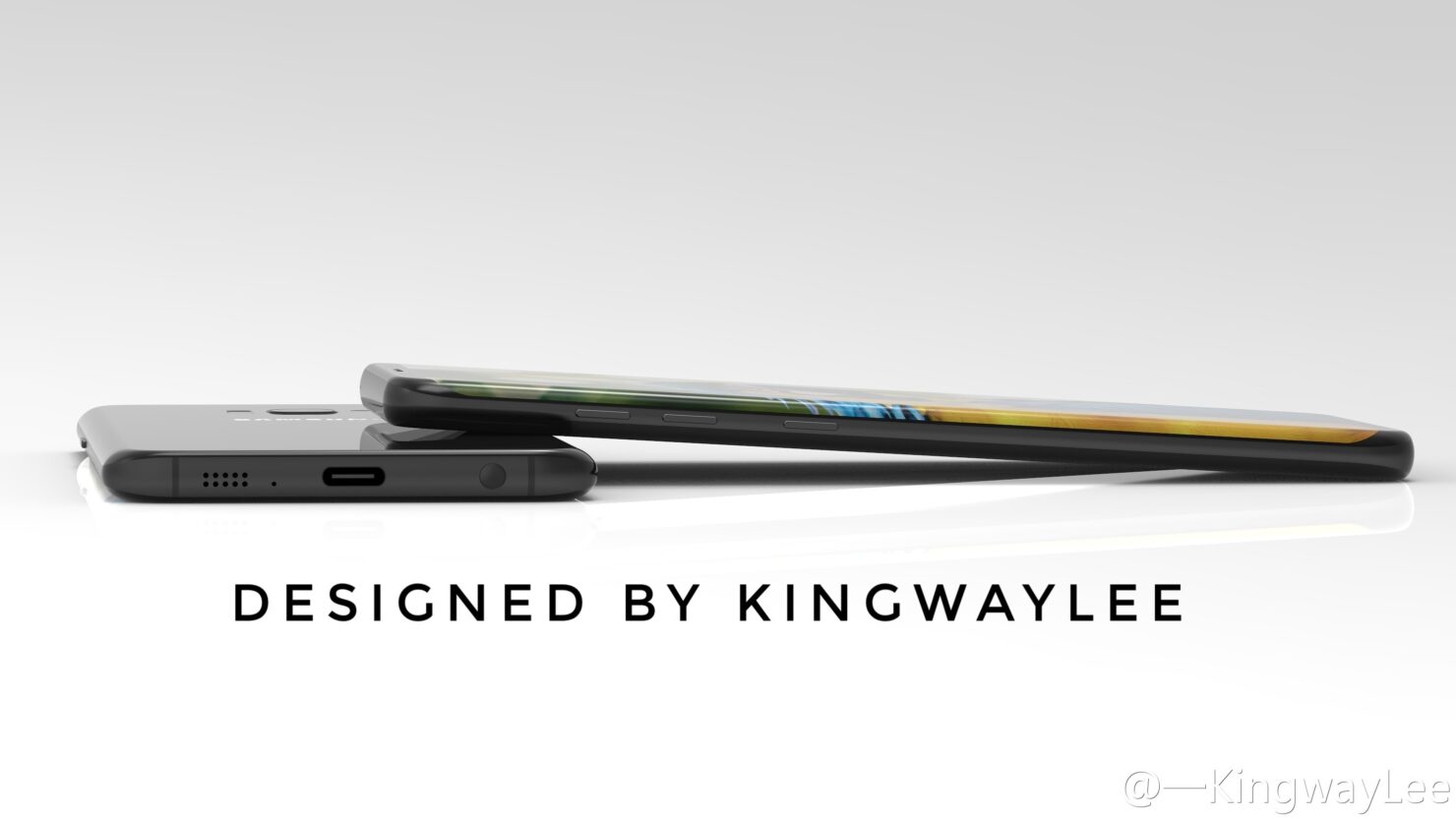 Samsung's Galaxy S8 will officially start off the flagship smartphone race for 2017. The Korean tech giant's failure with the Note 7 has raised the bar quite high for the device. Whispering from the rumor mill suggests that Samsung is all set to meet this standard. The Galaxy S8 will feature a lot of upgrades. Samsung will completely overhaul the device in design terms and introduce an all new display, camera, processor and more. Today, we've got an artist's look at what the Korean tech giant might launch later this year. Take a look below for more.

Samsung will launch the Galaxy S8 in a month or so. The company will equip the device with an edge to edge screen, reducing side bezels to a bare minimum. It launched the concept of an edged screen with the Galaxy Note 4 and the S8 will mark the latest stage in this idea's evolution. The S8 will also feature new build materials and an upgraded design. While we're not sure on the specifics of the former, the latter includes eliminating the home button from the mix.

Alongside these hardware upgrades, Samsung will also introduce several new software based features on the device. The Galaxy S8 will be the first device in the lineup's history to feature a virtual assistant. Dubbed as 'Bixby' according to leaks, it'll be modeled along the lines of Siri and Cortana and provide a much needed upgrade on the Galaxy S lineup. After all, even Google entered the Virtual Assistant sphere with the Pixel and Pixel Xl last year, with Samsung being the only major smartphone maker without the feature.

The images above follow a lot of details revealed by the rumor mill. For starters, you can see the high screen to body ratio on the Galaxy S8. The home button isn't present either, but the artist manages to slip up on one critical feature, or its lack. Looking closely, you'll notice that the images above feature a 3.5mm earphone jack, a feature that Samsung will surely remove on its flagship smartphone, according to a lot of sources.

The Galaxy S8 will also feature a 'DeX' mode, modeled along the lines of Microsoft Continuum. With an adapter, you'll be able to connect your S8 to an external monitor. This will provide the device with the functionality of a personal computer. Qualcomm's Snapdragon 835, which will power the phone is expected to feature x86 compatibility, aiding further in the process. Thoughts? Let us know what you think in the comments section below and stay tuned for the latest.