No More Camera Bump On Galaxy S8? Here’s A Sketchy Leak Which Makes The Suggestion 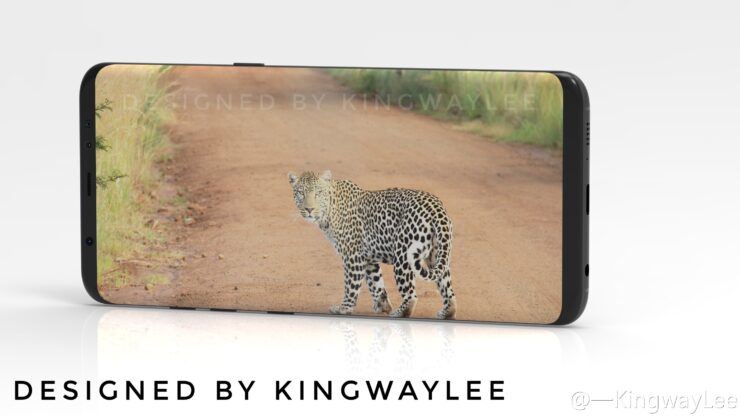 The Samsung Galaxy S8 will be launched in just two months. The device has seen a lot of leaks over the past couple of months. The Korean tech giant will completely overhaul its flagship smartphone lineup ths year. It will introduce a remarkable bezel free design, a virtual home button, dedicated AI and more features. The S8 has leaked in almost every form of the word, from specifications to images. Today, we've got some more alleged details for its design. Take a look below to find out more.

The Samsung Galaxy S8 will be a complete design overhaul. The Korean tech giant will make up for ground lost with the Note 7 last year. Performance, design or multimedia, the Galaxy S8 is rumored to deliver effectively at all ends. Today, a rumor out of China suggests that Samsung is doing away with a tiny design feature a lot of users find irritating on their smartphones, be it an iPhone or an Android.

An image straight out of China's micro blogging sphere Weibo suggests that Samsung's Galaxy S8 will be a completely flat device w.r.t its rear camera. Samsung will completely remove the camera bump on its flagship smartphone. This will lend the Galaxy S8 a completely flat look, as opposed to its predecessor. You can take a look at the device below. However, before you get too excited, keep in mind that the image also gets some details wrong. 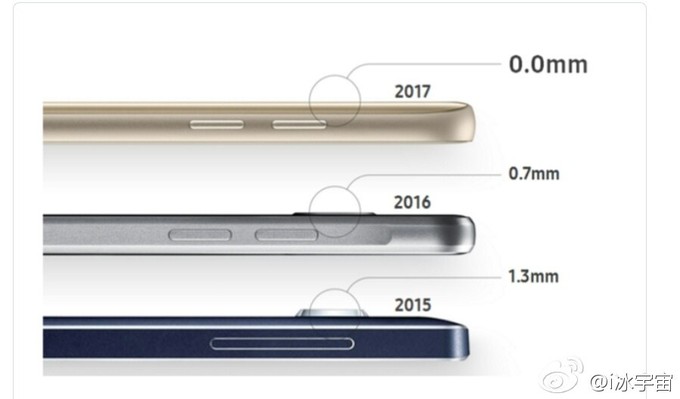 For starters, the camera bump on the Galaxy S6 doesn't protrude by 1.3mm, but by 1.7mm. The one on the Galaxy S7 also doesn't stick out by 0.7mm, but by 0.8mm. So, these inaccuracies do cast a rather suspicious look at the render. Apart from this, a completely bump free rear will be a nice little change for the S8. It'll complete the device's overall design, which is also rumored to feature glass at the back.

Other features for the Galaxy S8 include an edge to edge screen, a 10nm processor, a virtual assistant, desktop connectivity and more. Samsung will launch two devices this year, differentiated by screen size. The smaller Galaxy S8 will measure 5.6-5.7" while the larger variant will feature a screen of 6.1-6.2" diagonal. Samsung looks to have a winner on its hands. Lets just hope the company avoids any Note 7-esque disaster. Thoughts? Let us know what you think in the comments section below and stay tuned for the latest.