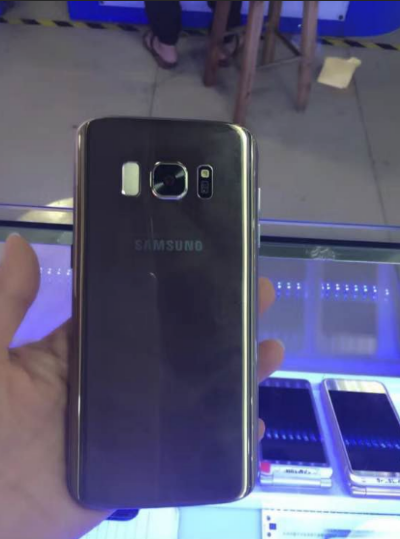 While the Samsung Galaxy S8 and Galaxy S8+ are regular features of the rumor mill, we don't get to see pure hardware based leaks for the pair. The flagships generally leak in the form of specifications, renders or images. As opposed, Apple's iPhone lineup starts to see some more hands on, component based information surface as launch nears. Today, the Galaxy S8+ has joined these ranks as well. Take a look below to find out more.

The Galaxy S8 and Galaxy S8+ will be feature rich devices. The pair from Samsung have a lot of ground to cover. They've got to make up not only for the Korean tech giant's shortcomings on the Note 7, but also present a solid public face amidst a management crisis. To that end, the company will go all out on the pair. They'll mark the first true overhaul for the lineup in years. Samsung's last big change for the Galaxy S lineup was the introduction of edged displays for the lineup.

With the S8, the manufacturer will remove the home button from the device's front, introduce an all new aspect ratio, launch new color options and new 10nm processors. The device will also cost you a lot of that hard earned cash. the Galaxy S8 will retail for around $850 while the S8+, North of $900. That's a lot of money for flagships but you haven't seen what the rumor mill expects Apple's iPhone 8 to cost. 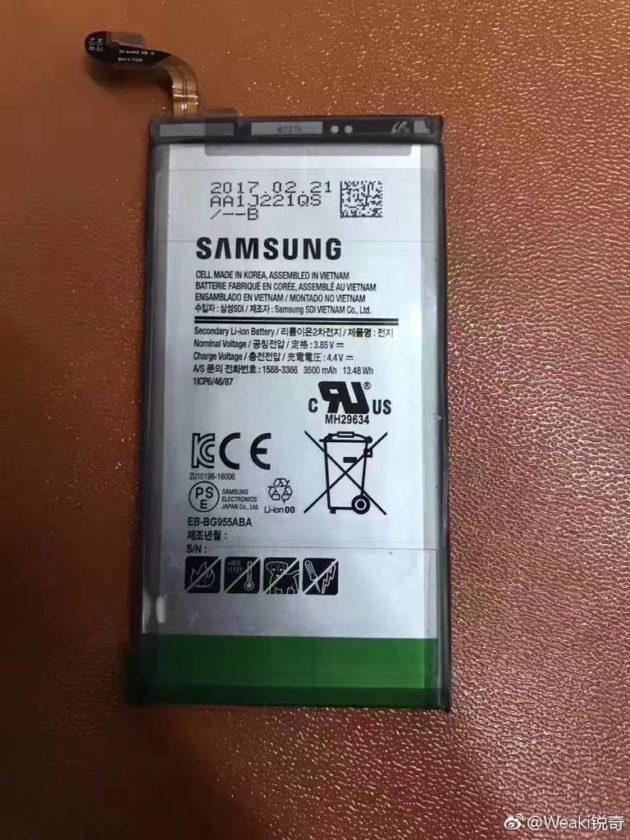 These features, especially the brand new displays, will need some serious juice to run. Today, an alleged battery pack for the Samsung Galaxy S8+ has leaked. Batteries are a controversial issue for Samsung at the time. The Korean tech giant's miscalculations with the Galaxy Note 7 led towards disaster on the device. Samsung's haphazard response didn't improve things either and pretty soon, the Galaxy Note 7 became the earliest flagship mobile lineup that witnesses a total recall.

The battery pack suggests a capacity of 3500 mAh for the Galaxy S8+. It's assembled by Samsung SDI, therefore it appears that the company has restored faith in its in-house battery manufacturing capabilities. Samsung's quality control functions need serious overhaul prior to the launch of the Galaxy S8 lineup. It's this department that failed to check the Note 7's faults. Hopefully, the company will learn from its past. Thoughts? Let us know what you think in the comments section below and stay tuned. We'll keep you updated on the latest.