With the launch of the Galaxy, Samsung has finally decided to move away from plastic as the only material for it's smartphones. The Galaxy Alpha is Samsung's first smartphone to feature metal. But that's not the only Samsung device that's to come with metal. The Galaxy Note 4 which will be launched this September is also expected to feature a metal frame.

According to sources from Samsung's supply chain, the company is not done with metal simply by launching the Galaxy Alpha and the Galaxy Note 4. Samsung is also reportedly planning a full metal body design for the Galaxy S6. Of course, hearing such news about the next Galaxy flaghsip smartphone isn't new. We've been hearing reports prior to the Galaxy S5 and the S4's release that they too would feature an all metal body. 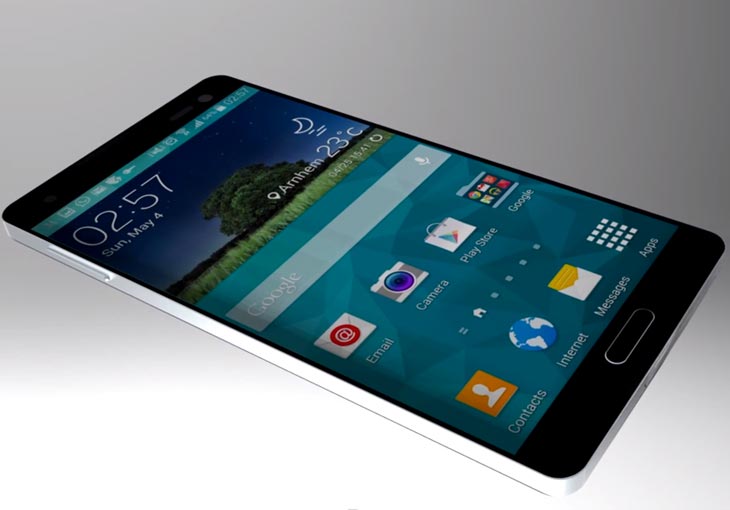 Samsung Supply Chain Sources Claim That The Company Has Plans For An All Metal Galaxy S6 Design.

While plans to bring the Galaxy S6 an all metal body do seem exciting, it seems highly unlikely that the company will be able to pull it off. This is due to the fact that China's major metal manufacturers are capable of delivering up to 1 million metal cases per month. This is in no way enough to cover the needs of all Samsung devices or even the Galaxy S6 for that matter.

According to the same sources, Xiaomi's next flagship will also feature a full metal design. This shows a growing trend towards all metal premium designs by manufacturers and could mean that suppliers will drive up their costs for the cases. HTC already has shifted to metal and looks like other manufacturers are thinking to follow suit.