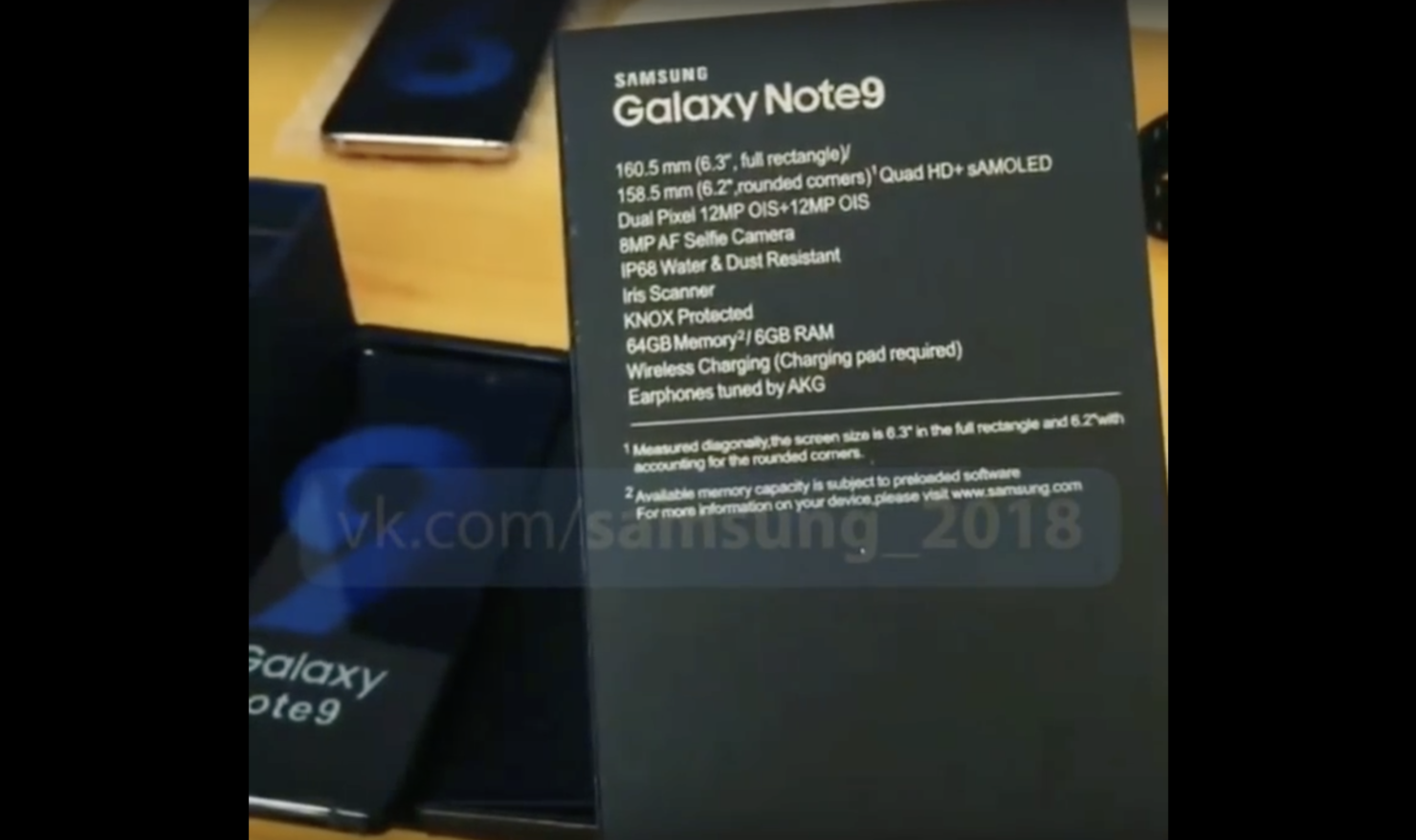 As expected, it's fake. You can take a look at the real details here.

We've got a handful of days left before Samsung launches the Galaxy Note 9. Despite the company's well-choreographed launch event for the Galaxy S9 lineup, Samsung's flagship smartphones for 2018 are reportedly some of its worst-performing devices, in market and units shipped.

Therefore, the stakes are once again high as Samsung heads into August. Last year's Note 8 had somewhat of a similar burden on it as it was the first Note launch by Samsung after the Note 7's disaster. Now, while the Korean tech giant might have looked forward to taking a breather, the market disagrees. Today we've got more details for the Samsung Galaxy Note 9, including an alleged unboxing. Take a look below for more details.

Current sentiment on the rumor mill suggests that Samsung will make little external changes on the Galaxy Note 9. The company will instead focus on the device's internals and features as it looks to refine user experience; particularly for corporate customers. To that end, the Note 9 is rumored to feature a Bixby upgrade, a new S-Pen, and a relocated fingerprint sensor.

Additionally, Samsung's also rumored to equip the Note 9 with a massive 4,000mAh battery pack. This is a first-of-its-kind addition to the lineup and will serve as a major attraction point for users. Now we've got a new render leak displaying a coral blue color option for the Galaxy Note 9 and a video covering the gadget's alleged unboxing.

Alleged Samsung Galaxy Note 9 Retail Box Suggests That The Company Will Also Include A Screen Protector With The Phablet - Authentic Or Fake?

Additionally, there's a video originating from the Russian social network that depicts an alleged unboxing of the Samsung Galaxy Note 9. We say allegedly because a lot of Chinese copies of the phablet are floating around and the box's contents also contain a screen protector, an inclusion customary of Chinese manufacturers. However, the box's design resembles what's found on the current Note 8 down to the tiny details such as a mention of storage capacity at the front cover.

The phablet that's found inside this box also appears as very high-end, with a very premium look and feel. The contents appear similar as well and we've got a specifications listing at the back. This details a dual camera setup with 12+12MP resolution, amongst other details. Sadly, there's no mention of battery capacity.

Samsung lackluster performance with the Galaxy S9 lineup and seemingly minor upgrades for the Note 9 spell troubling times for its mobile division. However, unlike Apple, Seoul doesn't place its focus solely on high-end gadgets as it's more concerned with performance across different categories. To that end, Samsung just might make some serious changes next year. Thoughts? Let us know what you think in the comments section below and stay tuned. We'll keep you updated on the latest.