With IFA to start in just days and the Samsung Galaxy Note 4 to be officially unveiled there, the device has shown up on Samsung's mobile site and on an alleged IFA poster. Thanks to Samsungmobile several speculated specifications of the Galaxy Note 4 can now be confirmed.

The website shows the device model number to be SM-N920T. Going further, specifications of the Galaxy Note 4 are listed as the device having a display resolution of 1440 x 2560, which translates into QHD. The presence of a 64 bit processor on the device is also hinted upon. 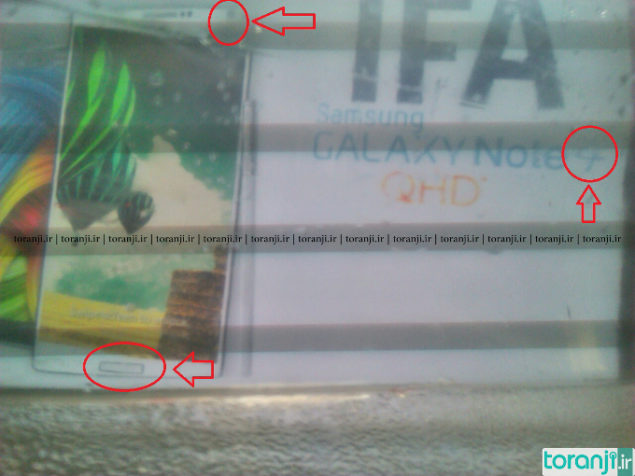 Besides the device specs listed over at samsung mobile, the Galaxy Note 4 has also been spotted at what looks like an IFA poster. The quality of the image isn't that good but nevertheless we can get a better idea of what the Galaxy Note 4 can be expected to look like.

The device shown in the image above does look incredibly compact. Plus, if the device shown above is really the Galaxy Note 4, then Samsung has also done a good job at reducing bezel size on it. The Samsung Galaxy Note 4 is expected to be launched on September 3rd.

According to news so far the Galaxy Note 4 is expected to come with a 5.7 inch display and the Qualcomm Snapdragon 805. This will be supplemented with a USB 3.0 port on the device. So stay tuned folks, pretty soon we'll know what Samsung has in store for us with the Galaxy Note 4.