So far we had little information on the Galaxy Buds Live and how they look, but now, we have official press renders, and yes, they look odd, to say the least.

The Bean Shaped Galaxy Buds Live Could Be Your Next Purchase

Much like previous Samsung leaks, this one is also coming from Evan Blass (@evleaks) who took to their Patreon and posted the Galaxy Buds Live. We can see the true wireless in three colourways including the new mystic bronze. The remaining two colours are your simple black and white. 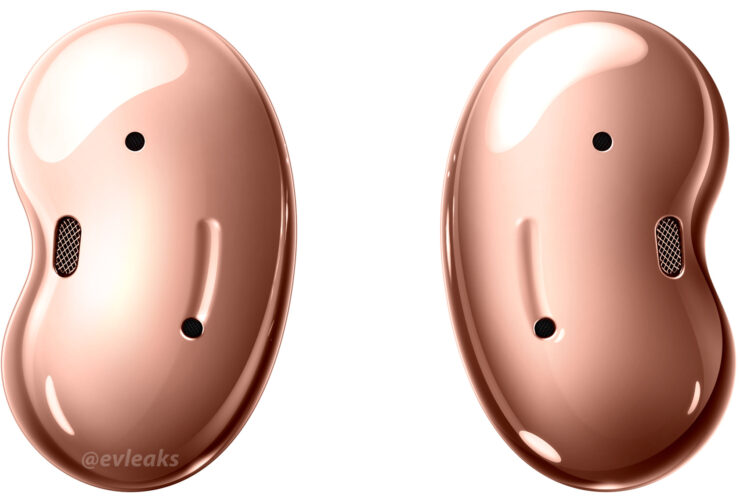 At first look, the design is odd, and we have to admit that. The Galaxy Buds Live are shaped like kidney beans, and they have a vent like speaker on the middle. It seems that we also have two microphones on either side, and they are most likely be used for noise cancellation. Of course, the elephant in the room is how these earbuds do not come with any silicone tips, so they are going to sit differently in the ears.

The charging case has also gotten a design, and the Buds Live will now have a rounded-off square case with charging pains in the centre that will allow you to charge the earbuds. Samsung has also included magnets in the case to ensure that buds stay in place while they are charging. We obviously do not have any information on the pricing at the moment, but they will be priced along with the same or around the previous iterations and should be launching at the same time as the Galaxy Note 20. We also have some information about how these buds could come as pre-order bonus for the Galaxy Note 20.