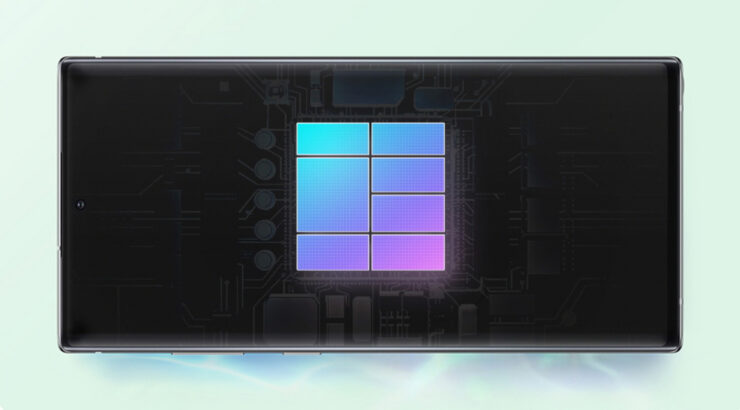 As we await the arrival of the Exynos 2100, which could be announced very soon, Samsung has plans to introduce more advanced chipsets in the future. With its partnership with AMD and ARM allowing for continuous development of custom CPUs and GPUs, Samsung is working on the Exynos 9925 and it is said to be the first SoC from the manufacturer to feature an AMD GPU.

The latest update comes from Ice Universe, who continues to provide his insight regarding Samsung’s chip development plans. With the Exynos 9840 said to be the Exynos 2100 powering the Galaxy S21 series, we’re assuming the the ‘9000’ figure is the codename which Samsung could be assigning its chipsets, meaning that the Exynos 9925 might be called something else when it is ready to be officially announced.

Unfortunately, with the Exynos 9855 expected to be found in 2022 when the Galaxy S22 series will launch, it only means that everyone who wants the very best from Samsung in terms of its flagship smartphone family will have to wait a considerably long period to experience those AMD GPUs in action. We suspect that the earliest we’ll see the Exynos 9925 is in 2023, and it’s still not confirmed if Samsung has abandoned the development of its custom cores or if it plans to use ARM’s Cortex range for the foreseeable future.

As we all know
Exynos9830=Exynos990, Exynos9840=Exynos2100,
Now, Samsung is developing Exynos9855 and Exynos9925, the latter may be a processor with AMD GPU pic.twitter.com/LixFZNBNXD

Ice Universe implies the latter because he claims that Samsung’s Exynos chipsets are seeing better results after the company stopped using its custom Mongoose cores. For the Exynos 2100 that’s slated to be announced later this year, it could take on the upcoming Snapdragon 875 thanks to sporting the same Cortex-X1 super core. According to previously leaked benchmarked results of the Galaxy S21 Plus, which were disappointing might we add, it was revealed that the Exynos 2100’s highest clocked core was running at a speed of 3.00GHz.

This can mean that with a continuous effort with ARM, Samsung can release even more powerful Exynos chipsets in the future, and more competition will only mean Qualcomm will have its hands full in developing the best silicon it can at its facilities. Are you excited to see the Exynos 9925 with an AMD GPU in action? Tell us down in the comments.