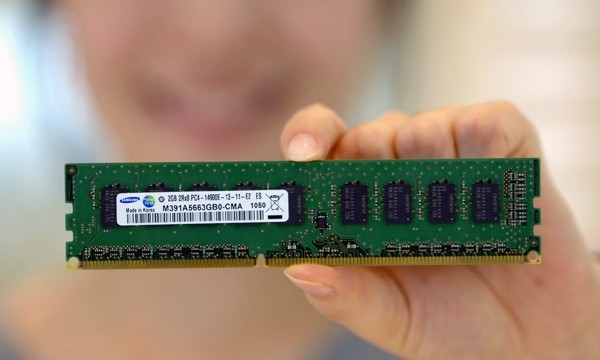 A huge announcement for Hardware Enthusiasts has been made by Samsung that its currently developing New DDR4 memory which would not only be faster than the Previous Gen DDR3 rams but also consume lower power. The new DDR4 rams would be capable of performing read and write operations while delivering upto 40 percent more power efficiency than DDR3.

Samsung's current DDR4 ram has a max bandwidth of 2.13Gbps at 1.2V, but can easily reach speed of 4Gbps. These memories will be real beneficial for mobile devices such as laptops and tablets as lower power consumption can deliver higher battery times and will be able to use Samsung's Pseudo Open Drain technology to minimize battery drain by the modules. Samsung is also focusing on implementing its new rams in servers that's why its working with server manufacturers to acquire the JEDEC certification.