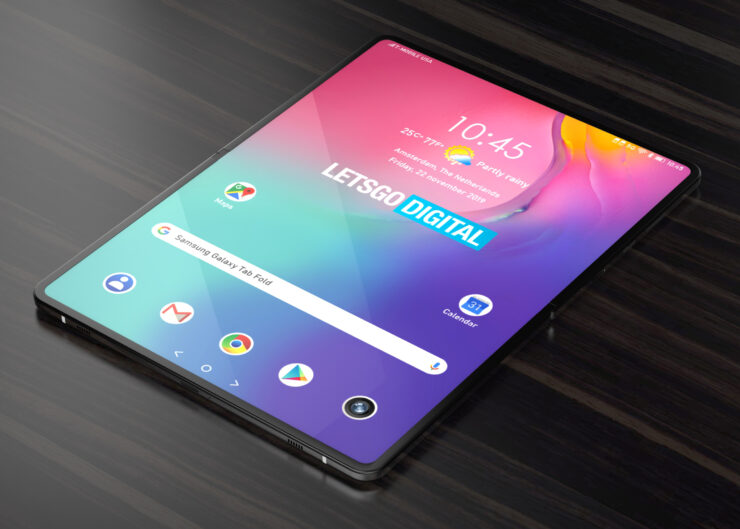 It is safe to say that no one can parallel Samsung's innovation in the foldable market. The company has been on the top of their game as far as foldable devices are concerned, and even though we are still waiting for these devices to go ahead and become the mainstream smartphones like the Galaxy S series, it will happen one day. With that said, a new tip suggests that Samsung is already working on a foldable tablet that will probably be called Galaxy Fold Tablet.

February 16, 2021, is the date when Samsung acquired a design patent by the United States Patent and Trademark Office for a 'Display device,' and now, that patent has become a part of the World Intellectual Property Organization (WIPO) which will protect the patent against any infringement. The 18-page documentation showcases and talks about a modern Samsung Galaxy tablet that will bring a flexible display.

Samsung Galaxy Fold Tablet Could Soon Become a Reality, and I Am All For It

The tip that we received from LetsGoDigital shows some of the earlier designs of what might end up becoming the Galaxy Fold tablet by Samsung, and honestly, I am impressed by what I see, and I feel like the tablet market is still in need of this. 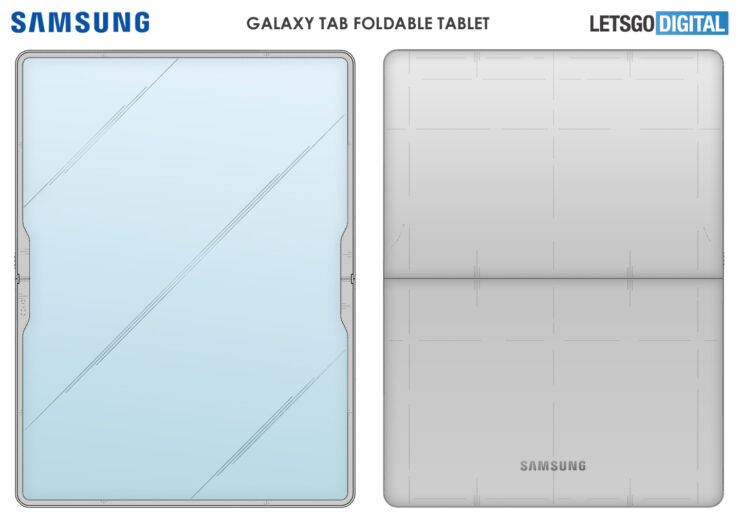 As you can see, the back and the front of this tablet are without any camera or other sensors, but considering how this is just a beginning, we might see more in terms of the overall design. But whatever the case might be, I really like the implementation, and it makes more sense to have a foldable tablet than it does to have a foldable phone. 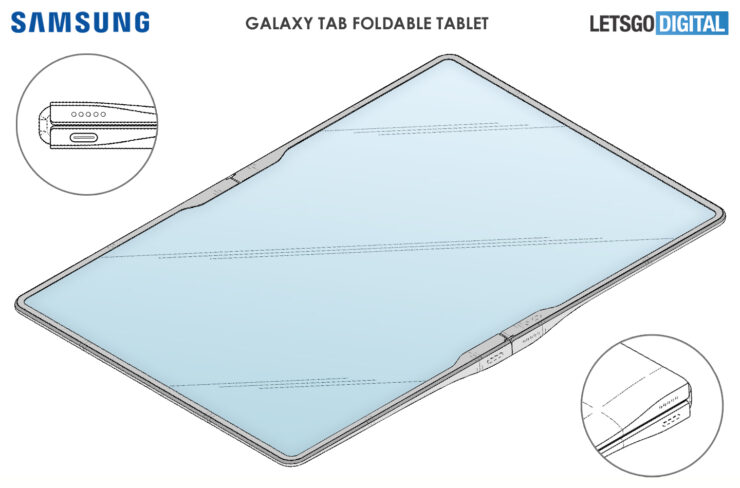 The picture above shows a USB Type-C port and speakers and gives us a look at the hinge design. Something we have come to see from Samsung at this point. The design also looks like it would ship without any housing for the S-Pen, but that could always be a separate accessory.

Honestly, this does not come as a surprise because Samsung has pioneered the foldable tech, and it is only a matter of time before Samsung starts making more devices with the foldable display.

We will keep you posted as the story develops, but you can check out the entire document here.