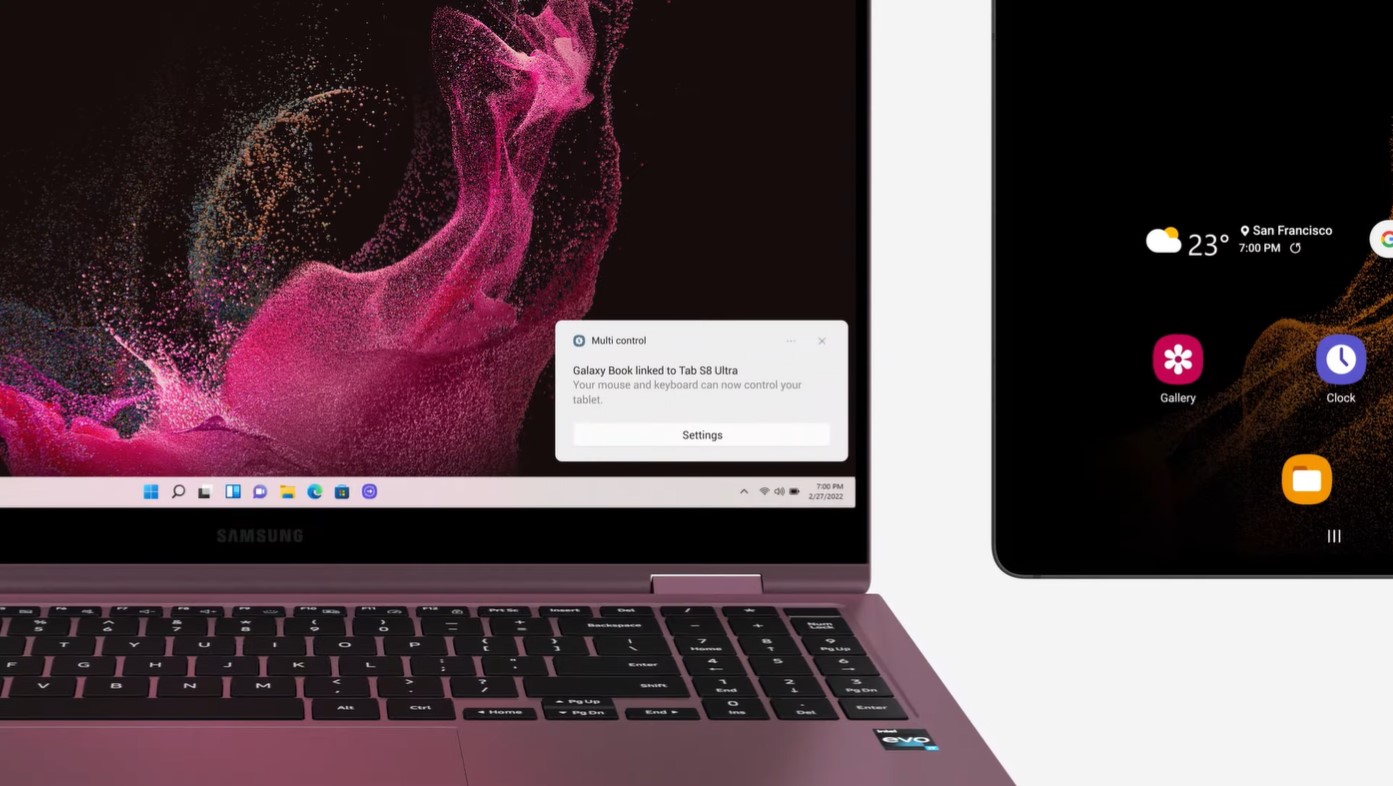 Samsung is Apple's direct competitor when it comes to hardware. You might have heard on several instances that Apple copies Samsung in terms of functionality, taking inspiration and then perfecting them. Now, it seems the tables have turned as Samsung blatantly copied Apple's new Universal Control feature that works on iPadOS and macOS. Samsung implemented a similar approach, using the new Galaxy Book2 series and the Galaxy Tab S8. Samsung calls the new feature "Multi Control" in contrast to Apple's Universal Control. Scroll down to read more details on the subject.

Samsung Ripped a Page Out of Apple's Book, Offering a Multi Control Feature That Works The Same Way as Universal Control

Using Samsung's Multi Control feature, you can interact seamlessly across both devices. For instance, you can use the trackpad on the Galaxy Book 2 to navigate on the Galaxy Tab S8 which includes dragging files from one device to another. In addition, you can also use a single keyboard to type on both devices, allowing you to enhance your productivity. While Multi Control is a welcome addition, Samsung has blatantly ripped a page out of Apple's book. Universal Control also works more or less the same way. You can use an iPad and a Mac to work together or a Mac with another Mac. You can check out the video embedded above for more details on Samsung's Multi Control feature.

What is your take on Samsung's new homework copied from Apple? Share your views with us in the comments.