Another day, another milestone for the Sunnyvale California based chipmaker driven by its venerable Zen CPU microarchitecture. This time it isn't Ryzen that's breaking records and taking names, it's Threadripper. Ryzen's meaner, badder, bigger brother.

This particular occasion isn't about breaking records per se, but it is a historic one for AMD. As it marks the company's first time gracing 3DMark's CPU hall of fame page in what seems like a millennia. The feat has been accomplished with none other than the company's current flagship microprocessor, the Ryzen Threadripper 1950X. The world's first 16 core, 32 thread desktop processor and the most powerful commercial CPU released to date. 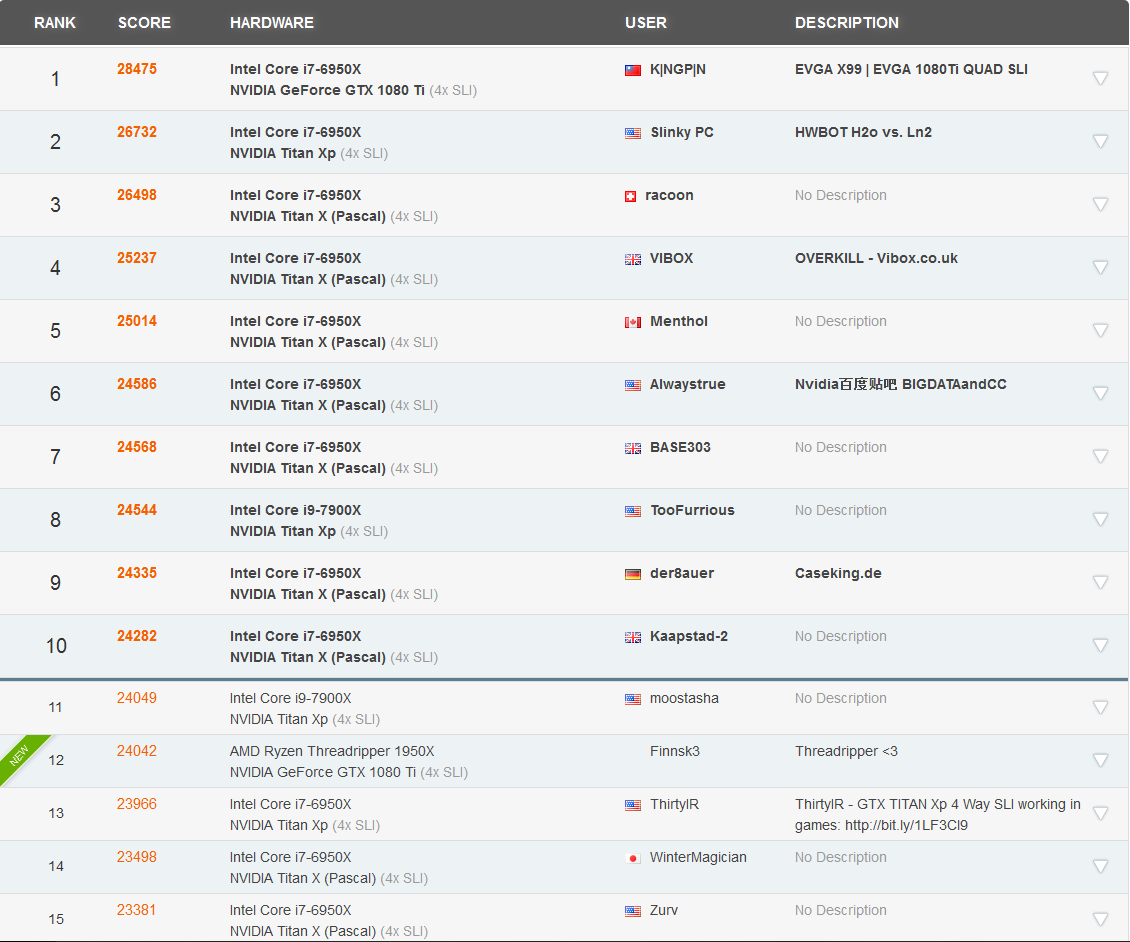 The user that managed to creep-in on Intel's best with his 1950X goes by Finnsk3. His system was equipped with four Gigabyte GTX 1080 Ti graphics cards, 32GB of G.SKill memory running at 3600MHz paired with an Asus X399 Zenith Extreme motherboard. The CPU was overclocked to  4.17GHz, which as we learned isn't out of the ordinary for Threadripper chips. No LN2 or any crazy cooling was used to achieve this score.

The entry right above Threadripper, funnily enough, belongs to the 1950X's most direct competitor from Intel, the 10 core i9 7900X. Although notably, when looking at the details of the entry, the 7900X was overclocked all the way to 4.7GHz and paired with four Titan Xp cards to generate this score. Which, surprisingly, considering the GPU advantage and Intel's significant IPC advantage only netted it a 7 point lead. 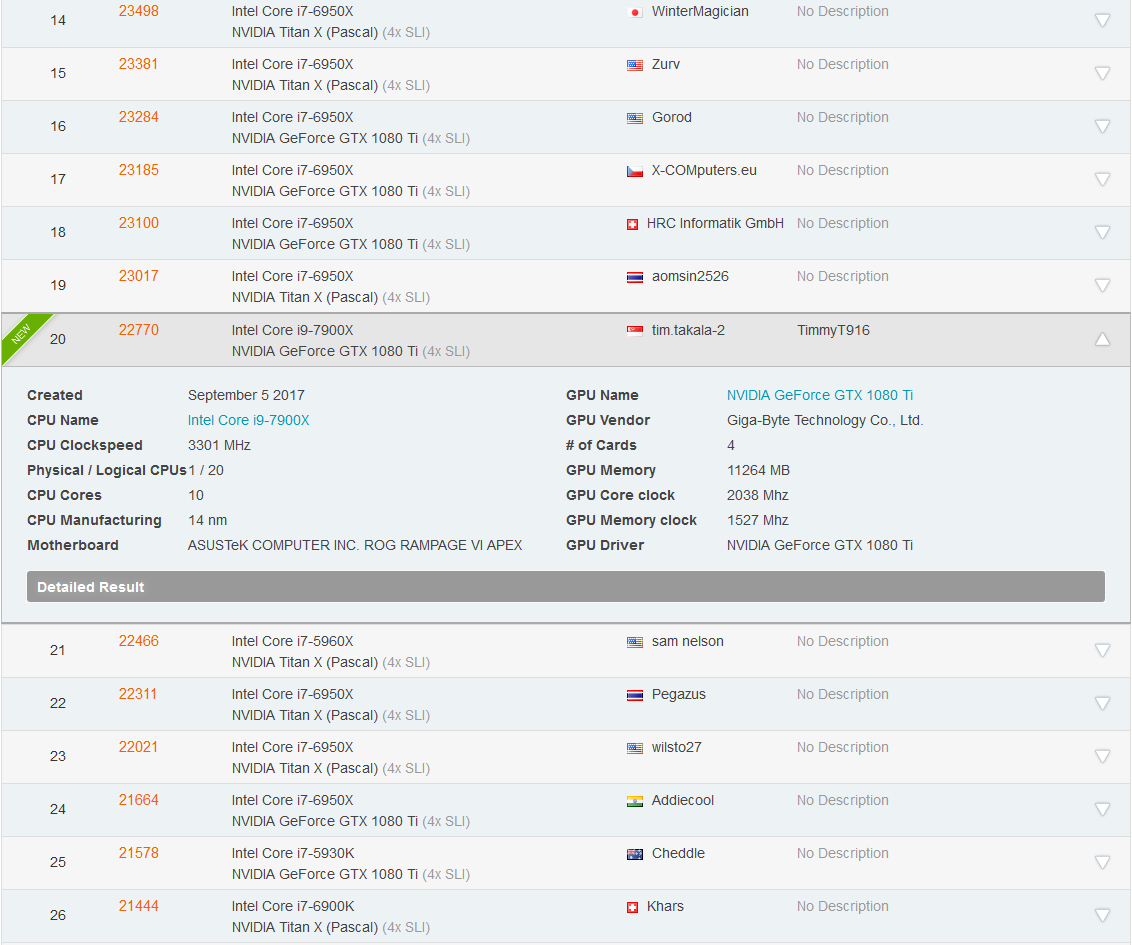 You will have to scroll down to entry #20 to find a more comparable entry featuring a 7900X and four GTX 1080 Ti graphics cards. And just like the previous one, this 7900X has also been overclocked, although this time to 4.6GHz. This goes to show that when the rubber meets the road, not only does the 1950X excel at serious work but it can also hang with the best of them when it's time to break out the bench and smash some records.