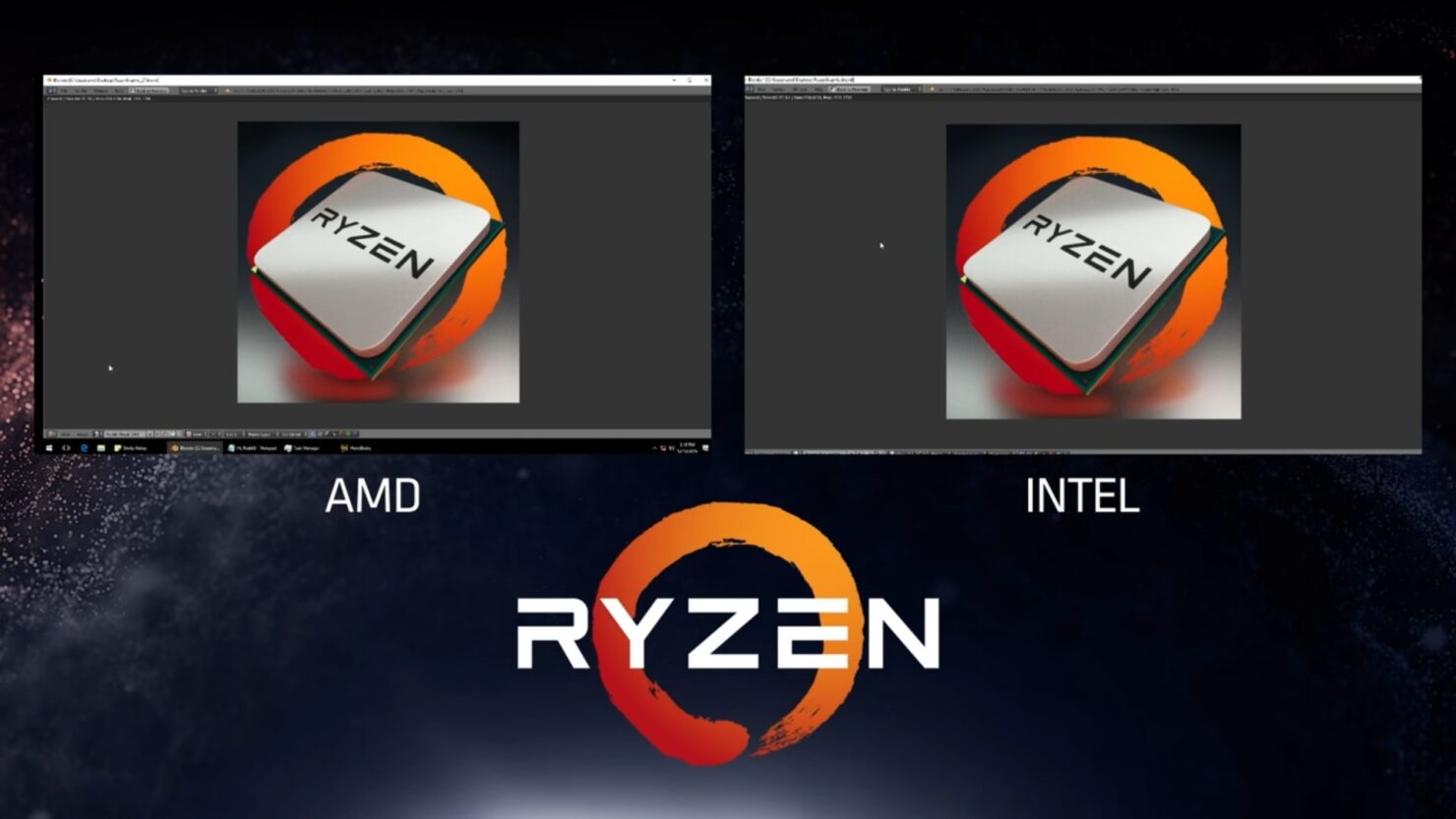 Some very specific details have leaked out from CES 2017 today. I use the word 'leaked' because it took some sleuthing on the part of Hardwareluxx.de to get the information directly from the Ryzen + Vega demo kiosk. They were able to find out the base and turbo clocks of the Ryzen sample and they do not disappoint. This particular chip was clocked at an impressive 3.6 GHz base clock and could turbo up to 3.9 GHz.

Ryzen demo was using F3 stepping that is clocked at 3.6 GHz / 3.9 GHz, F4 stepping to go even higher

We have already covered the DOOM demo and while that showed the actual performance of the Vega GPU, we were unable to evade the security present there and dig deeper into the contents of the PC, so kudos to the source for being able to do so. Here is the photograph in question which reveals the details in all their glory: 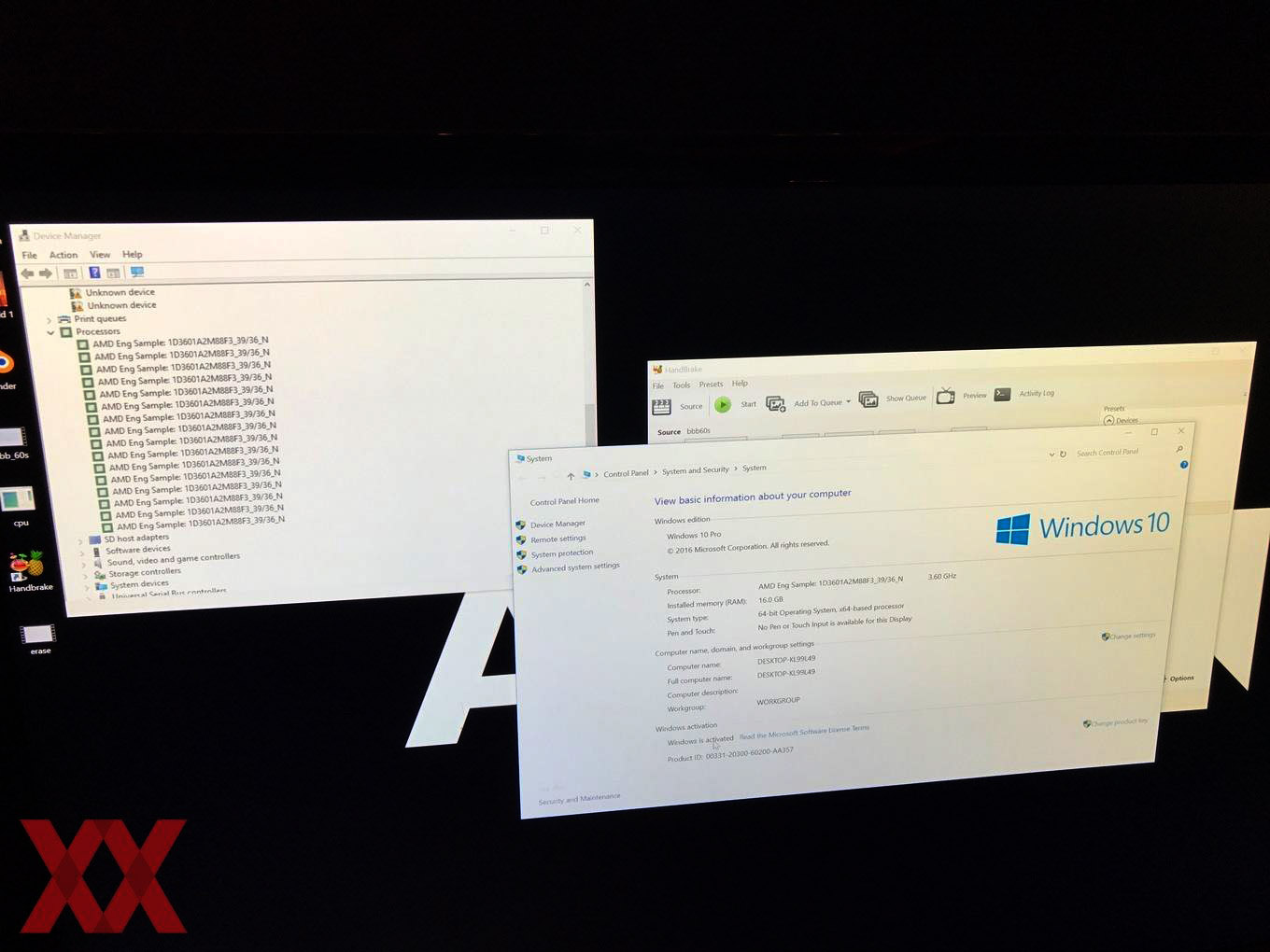 The device manager and computer properties window of the Doom demo PC at CES 2017.

We can clearly see the Ryzen processor has a base clock of 3.6 GHz. We can also easily arrive at the stepping as well as the turbo clock using the identifying id given in the device manager. The Ryzen engineering sample used here is code named "1D3601A2M88F3_39/36_N" and instantly we can see that the turbo clock is 3.9 GHz (the 39/36 identifies the turbo/base clock). We can also see that the stepping used here is F3. Considering this is an engineering sample and not the final product, it's really impressive to see it perform so well.

The good folks over at Canard PC Hardware also revealed that the Ryzen F4 stepping has already been finalized and has a turbo clock of 4.0 GHz. This is absolutely great news, because the higher Ryzen is able to overclock, the more competitive it will be. In fact, at these clock rates it already has a higher clock than Intel's Core i7-6900K which can turbo to 3.7 GHz. It is even a fair bet that if you were to put the two side by side in a gaming comparison, the Intel counterpart would lose out considering gaming applications usually rely almost completely on clock rates. 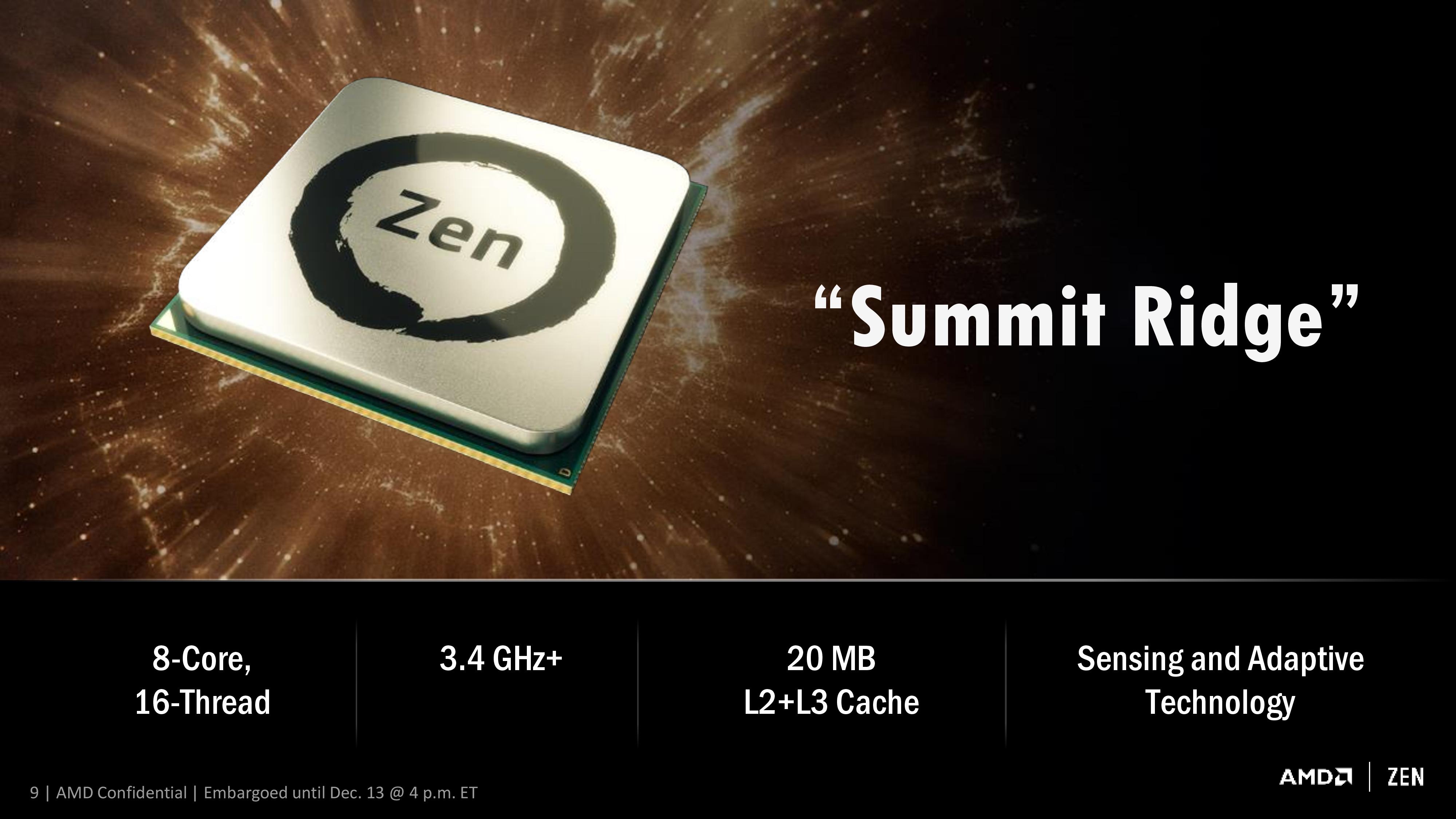 AMD promised a clock rate of at least 3.4 GHz and it looks like the final product will have one significantly higher than that.

As I mentioned before in my post about Ryzen's overclock-ability, this kind of OC performance is something you should expect considering a single core can hit 5 GHz on air. It is also something that is very significant in the grand scheme of things because while a few hundred MHz changes will not make a huge difference in gaming, they will make quite a lot of difference in rendering and compute intensive applications. That said, even at this stepping, a 3.9 GHz turbo is more than enough for most modern day games. If you really want to crank out that last bit of juice from your Vega GPU then you can go with an Intel quad-core that can hit the 4.4 GHz mark.

AMD has yet to reveal the release date of Ryzen but we expect it to happen sometime in early Q1 2017. I suspect the company is going to release them both simultaneously, to incentivize and drive an attach-rate based Vega+Ryzen demand. This also means that it has a precious few weeks to get the stepping finalized. It remains to be seen which stepping would end up in the retail product, but things are starting to look quite rosy for Ryzen. If Intel does not cut prices in response to AMD, specifically in its high end six core and eight core categories, it will start to quickly lose market share to the latter. Competition is always good and it looks like the first quarter of 2017 is gearing up to be quite interesting for the AMD camp.