Update - Microsoft's Albert Penello has tweeted that there's no additional GPU on the Xbox One aside from the one integrated on the main SOC. He has also stated that the performance differences between Xbox One and PlayStation 4 are greatly overstated!

No add'l dGPU. Working on more tech deep-dives. XBO is plenty capable now and in the future. Perf. differences are greatly overstated.

At Hot Chip 2013, Microsoft unveiled an overview of the SOC architecture powering their next generation Xbox One console. The Xbox One’s accelerated processing unit covers a die size of 363mm2 which is huge considering AMD’s flagship Tahiti chip comes with a die size of 389mm2. 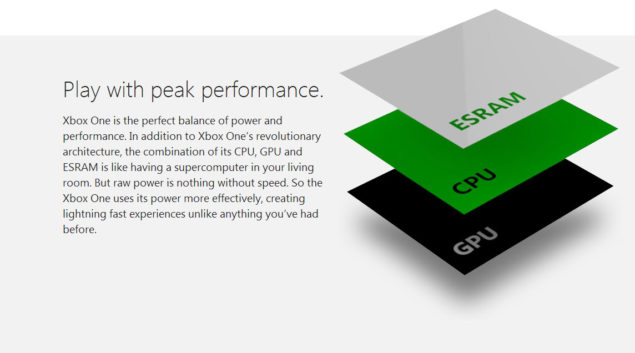 Microsoft Xbox One Could Possibly Feature a Powerful Discrete GPU

We received a tip from one of our sources who work as a whole group which seemed quite fascinating to us so we thought of sharing it would our readers. For months, it has been know that Microsoft's Xbox One features a weak graphics core compared to its competitor, the PlayStation 4. Both consoles boast impressive specs but the Sony's console with faster graphics and GDDR5 memory turns out the be the winner in terms of performance. But to our surprise, if this rumor turns out to be true, Microsoft could have the fastest gaming console to date. While i was still working on this article, i found out that misterxmedia had already covered most of the details that i recieved from the anonymous source. Do read it, since its more proof of what the Xbox One may be in reality.

What our source revealed is something that hasn't been mentioned before or revealed by any official Microsoft representative. It all starts with the following quoted text from Venturebeat:

"Microsoft disclosed some details but left many important pieces out. Evidently, Microsoft doesn’t want to tell all of its competitors about how well designed its system is."

Now, we summed up almost every bit of details from Hot Chip 2013 a few weeks back which can be seen below: 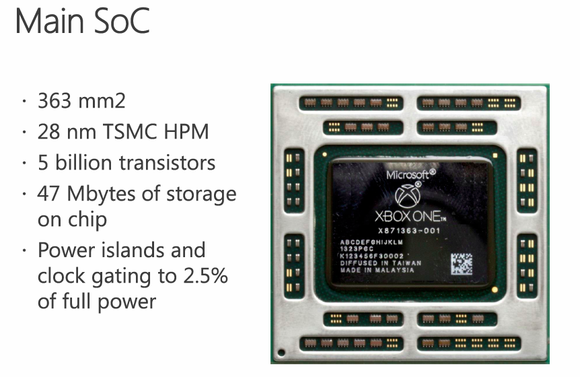 So my question is, what do we still not know regarding the Xbox One? The answer is what could possibly be a super fast discrete graphics core stacked inside the main SOC itself. I know it sounds fishy when you first hear about this and the first thing to come up in your mind are, how did anyone not notice this in the first place? or Does AMD or Microsoft have the technology to even manage something like a stacked wafer design? Well, the Xbox architecture hasn't been in works for just recently but it has been under consideration since some time.

The technology does exist and first appeared in an AMD slide back in 2009. AMD has bet everything on their APU design and if they want to remain competitive on both x86, GPU and Compute sectors than their all-in-one SOCs are their best hope. Back in 2009, AMD revealed a slide that showcased their future potential designs for APUs, the slide starts off with a common PC setup we found these days that includes a discrete GPU and an x86 CPU. Next up is the first APU design which shows the GPU and CPU on a single die, after this we see optimization between both units which include a coherent memory structure and various other improvements which are referring to the Heterogeneous System Architecture which we would see in the next generation of APUs. The last stage is the most critical which involves exploitation of what more could be done and that is only possible through a full fusion of the CPU and GPU knowned as APD (Accelerated Processing Device). 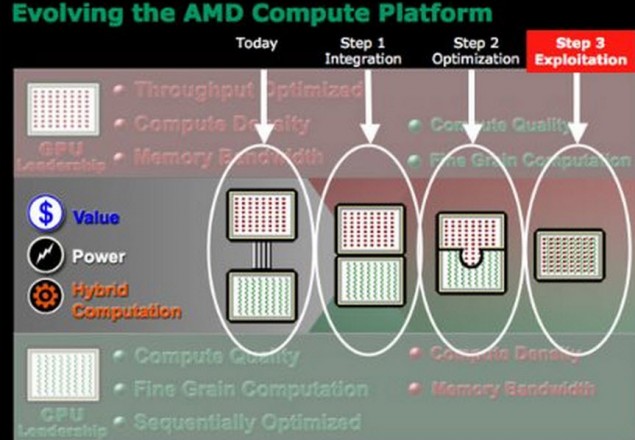 According to the information, the APU fused on the Xbox One is using an W2W (wafer 2 wafer) multi-module design that allows stacking of one chip on another. The first layer wafer is dedicated to the 28nm HPM Main SOC which was revealed during Hot Chip 2013 with 8 Jaguar cores and a modified Radeon HD 6670 GPU with DX11.1 and OpenGL 3.0 support. The layer beneath it is dedicated to the stacked discrete GPU and the final wafer layer is dedicated to the 32 MB of ESRAM. In development phase, it was revealed by an insider that Microsoft Xbox One could possibly end up with 2 GB of GDDR5 memory in the stacked design in addition to the 8 GB DDR3 that is available to the system. The other information revealed by him were that the Xbox One would have a power envelope of 300W (90W for Main SOC and 95W for Discrete GPU) but during Wired's tear down of the Xbox One, the power configuration revealed that Xbox One's discrete GPU would be getting around 130-150W of power. 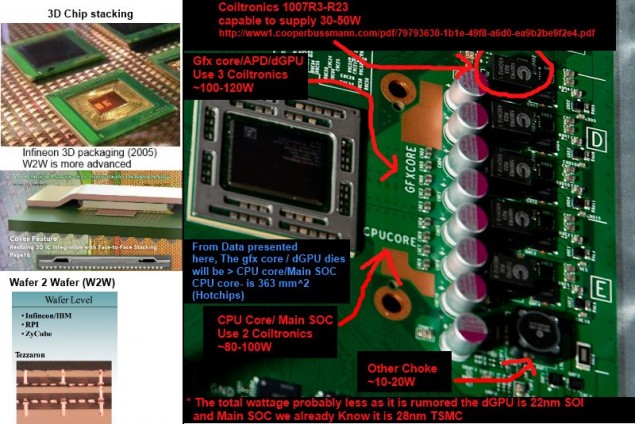 So what is this discrete GPU itself? The second wafer is supposedly a 22nm SOI design featuring 2304 to 2560 stream processors as been rumored and based off the VI architecture. VI stands for Volcanic Islands which could be another reason why the discrete GPU has been kept a secret since the new Volcanic Islands based AMD Radeon family would be officially announced during the last week of September in Hawaii. If the Xbox One GPU is possibly based on a Volcanic Islands architecture or even a Southern Islands part with around 2048 cores as the Tahiti die, then this would prove to be a massive powerhouse of graphics performance. 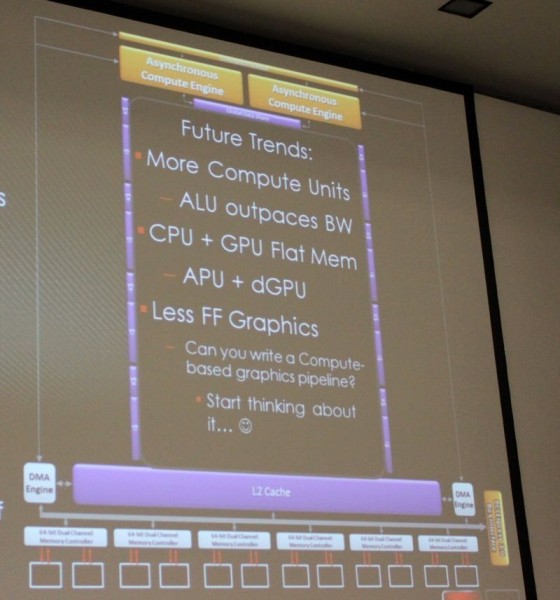 As soon as the NDA lifts on Volcanic Islands, we will know if this rumor is true or not, till then all we can do is speculate and wait for some official response. Lastly, there is one more proof mentioned by the source which is a link that redirects back to an Linkedin profile of AMD's GPU Engineer Vinber Lei, who seems to have worked on Graphics Core IP Design Verification,APU/DGPU Xbox One,Playstation 4. Notice the mention of dGPU again?

Note - This article is based off speculations from various parties, please take it with a grain of salt. Do head over to MisterXMedia for a detailed analysis on the Xbox One dGPU! 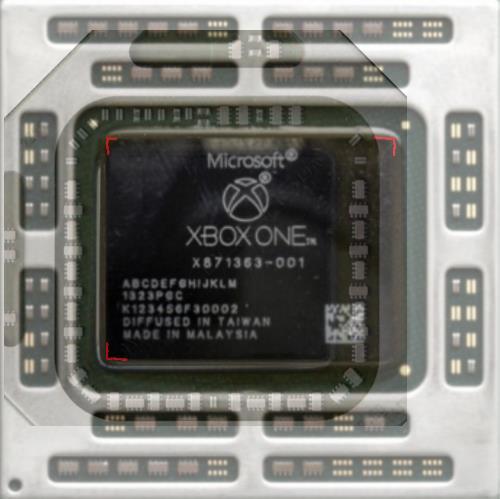