If recent rumors are to be believed, the Nintendo NX is closest to the Xbox One in terms of power, and its hardware can allegedly run any PS4/Xbox One title with near-zero modification. 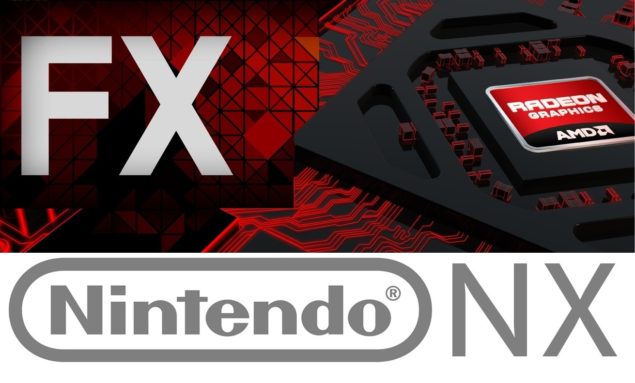 A source named 'Geno',  allegedly told as much to website Dual Pixels. According Dual Pixels, 'Geno' is the same source who 'leaked' legit information on Pokemon, the PS4, and Microsoft's Xbox One in the past.

Since the information was allegedly leaked to Dual Pixels by Geno, we've included the full paragraph below. All credits go to Dual Pixels.

I don’t have many details on the device itself but I do have some background for it and some PR techniques they will use for it. A thing to note about this device is that much of it’s production was started in 2014 and many of the stuff I list here was outlined by the late Satoru Iwata before his passing. Hence in the company, the NX is considered the last project of their late president. Employees since his passing utter a phrase at the end of meetings and during idea brainstorms which is “岩田のために!” which roughly translates “For Iwata!”

The importance of this is that this “new” Nintendo is highly motivated in delivering a fantastic system and games, something that I quote from an employee “have not seen this much forward momentum on a project since they launched the original Famicom”.

SOME OF THE ONLY FEW HARDWARE INFO I KNOW IS THAT ALLEGEDLY:

It has a wireless HDMI dongle that attaches flush to the back of the device. A user can pull it out and insert it into any display with a normal sized HDMI output and the devices uses an evolved version of the Wii U’s streaming tech to display in HD to the TV screen.

Allegedly the analog controls for movement has small motors in them for full haptic feedback. Meaning if you control a character and hit a wall, the sticks move away from the direction of that wall to simulate running head first into it. This can also be used for jerking when firing a gun, taking damage, moving over rough terrain, ect.

It can literally Bluetooth synch with everything, especially smart phone and tablets to the point where one feature is that it can answer phone calls and display text messages from your phone onto the screens itself so you don’t have to stop and answer your smart device.

The closest in terms of “power” it gets to is the Xbox One, but an app idea is Wii U x50 and Playstation Vita x100. The key is that all the tech is exactly the same hardware layout as the PS4 and Xbox One which then combine it with the OS’s strong emulation functions and compiler means that any game that can run of a Playstation 4 or Xbox One can easily run on the NX with near-zero modification to the original source code, especially if it runs in Android OS or Unreal Engine 4. This is allegedly why Nintendo has given out the dev kits so late, as one 3rd Party dev put it “It’s the easiest device we’ve ever developed for. You just take your code, compile it and it works.”

Look to Pokemon GO to get the idea of the type of social features that will be in NX that will take multiplayer, AR and the StreetPass concept to a whole new level.

The real strengths of the device is its usability and ease of use. Developers have described to me more than once that it visually and functionally looks as if “Samsung and the Nintendo 2DS” had a baby, in that it looks friendly but unlike what most people visualize a Nintendo device to typically look. The operating system, named NintendOS alone is very powerful and has so many modern features of mobile operating systems today that Nintendo is trying to be very careful in showing it off for fear that it would be mistaken as running Android. It also has a very strong networking functions as it ties into multiple devices and services allowing a very competent and pervasive eco-system designed to constantly involve the consumer’s lives.

Please take the information above with a grain (or a bag?) of salt since Nintendo hasn't confirmed anything about their new dedicated home console yet. We'll keep you updated on the Nintendo NX when we learn more.