Action RPG The Dwarves To Last 15 Hours, Sequels Depend on This One’s Success 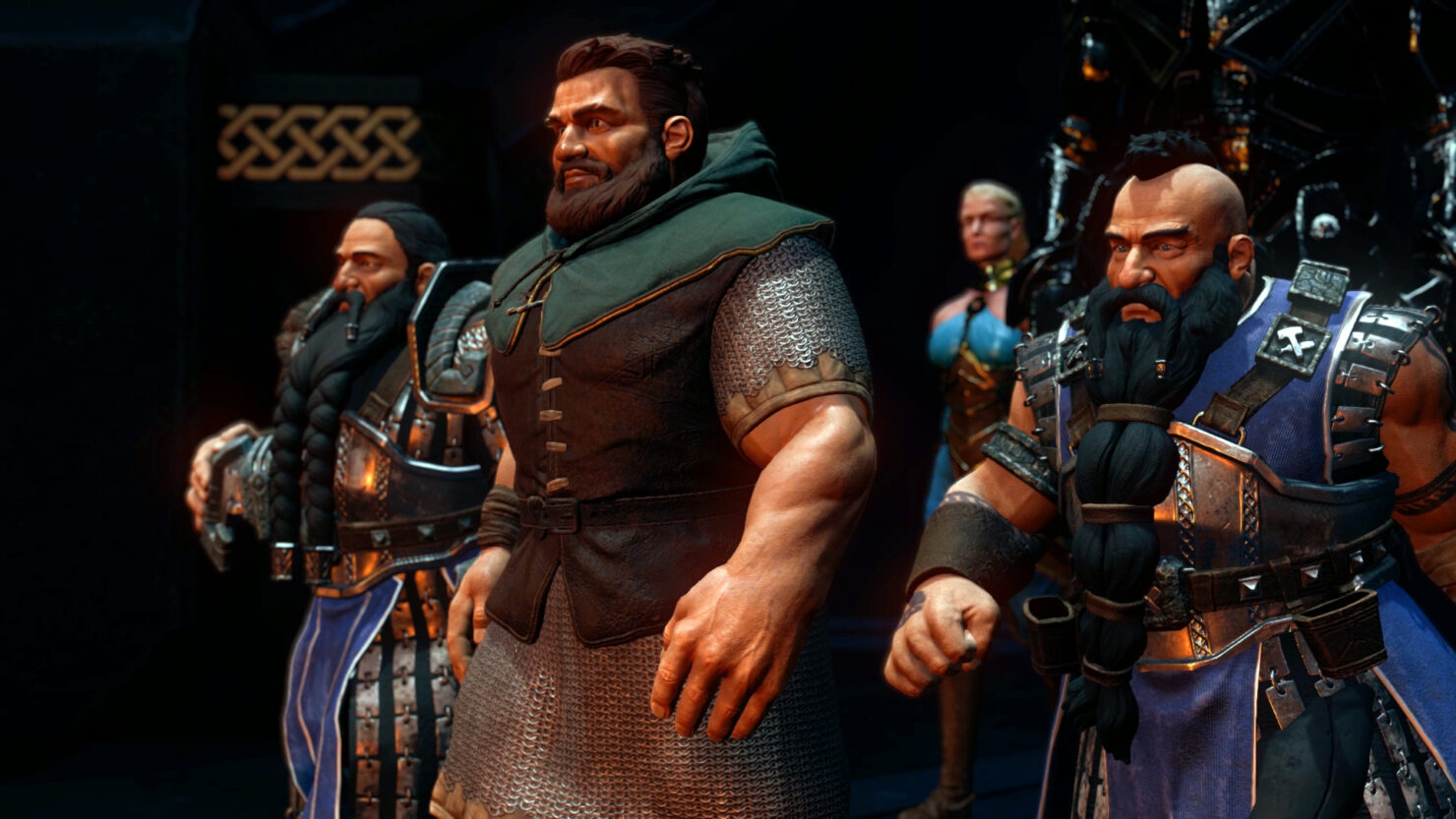 Last year we interviewed KING Art Games right in the middle of their Kickstarter campaign for The Dwarves, an action RPG based on the first novel of the best-selling series created by Markus Heitz.

The game is heavily story based, as you would expect. Its gameplay has a tactical flair in that you can pause combat at any time to plan your next move, which should come in handy given the chaotic battles we've already seen in the trailers. Gamers will be able to choose between a roster of fifteen playable heroes, each one coming with an individual set of skills.

The Dwarves is now set to be launched on December 1st for PC (Windows, Mac, SteamOS/Linux), PlayStation 4 and Xbox One. We reached out to KING Art Games in order to find out more information on the game's development and features ahead of the upcoming launch.

You've recently released adventure games (The Book of Unwritten Tales 1&2) and a turn-based strategy game (Battle Worlds: Kronos); now you're about to launch an action RPG, The Dwarves, and you just announced a real-time strategy game (Iron Harvest). KING Art Games seems eager to jump across genres with its projects, why is that?

We’re usually working on three games in parallel and developed around 40 games over the years. Many of our games have a strong story component, but we are not fixated on a genre or setting. We like to do new stuff and to challenge ourselves, so switching genres and tackling new problems is something we’re looking forward to. We’re constantly thinking about games and gathering ideas. So if we look at a new genre it’s not like “Oh my god, what are we going to do?!” But more like: “Ok, here are 1000 ideas we had for a game in this genre, how do we boil them down to 10?”

What was the biggest hurdle you encountered during development of The Dwarves and how did you overcome it?

We started “The Dwarves” with a movie scene in our head, which fits the descriptions of the books perfectly: “Battle of Helm’s Deep” from The Lord of the Rings - The Two Towers. A couple of mighty heroes fight against hordes of enemies. The difficulty was to develop a gameplay, which matches the overwhelming visuals of hundreds of enemies on one screen with a strategic approach. Many nights of playing and testing later we came up with the “Pause and Play” combat which still feels like an action RPG but helps you to keep you in control of the battle.

What's the single feature you're most proud of in the whole game?

The H.O.R.D.E. System. It's the engine behind our physic based combat system, which is able to control a lot of enemies simultaneously, applies an AI to the crowd and makes physical force matter. For example: when you hit an orc with a hammer, he will stumble back, pushing other orcs behind him and a few rows behind them some poor orc might fall down a cliff because of the movement in the crowd.

If the game succeeds, are you planning to create a sequel based on the second novel by Markus Heitz? If so, would that be funded via Kickstarter again or not?

How long will it take to complete The Dwarves on average, according to your estimate?

Around 15 hours on medium difficulty on the first playthrough. But we got many optional quests and there are different ways to get to the end. It really depends on how you play it.

Do you have any post-launch content planned for the game, like former stretch goals local coop pack and/or game modes (Horde Mode, New Game Plus)? If so, will these be free or paid content additions?

There are no concrete plans at the moment. It’s not like we’re out of ideas and if the game’s success supports further development, we would be happy to add free stuff.

Can you tell us the target resolution and frame rate for PlayStation 4 and Xbox One?

The resolution is full HD, 1080P. We aim for 30 frames per second on both platforms.

What's your opinion on the PlayStation 4 Pro? Is it powerful enough to render games at 4K resolution or should developers focus on other enhancements like frame rate, image quality through supersampling, etc.?

The new Sony PlayStation 4 Pro is a powerful device, and we have a solid performance increase on “The Dwarves”, so if you get a “Pro”, the game will run smoother. .Since even high-powered computers struggle with a solid frame rate at 4K resolution in 3D games, you shouldn’t expect better graphics and 4K.

Are you going to support PS4 Pro for The Dwarves and if so, in which ways?

Yes. We support the PS4 Pro with a focus on performance improvements; frame rate will be higher, but the native resolution will stay at 1080P.

Both PlayStation 4 and Xbox One S now have an expanding library of HDR compatible games and even PC got the first two (Shadow Warrior 2, Obduction). Do you intend to support HDR technology for the game at some point?

HDR is a technology which was introduced to us very late in the development of “The Dwarves”. At this point, we decided not to implement it and use our time to improve the game itself.

We've recently covered your new title, Iron Harvest, which looks great from the early screenshots. Are you still using Unity for that project or did you switch engine from The Dwarves?

Yes, it's still Unity and we will stay with it for longer. We have very solid tools and workflows for the engine and we are happy with the results. With every new Unity project, we need less time for basic systems , gain stability and have more time to work on new features.