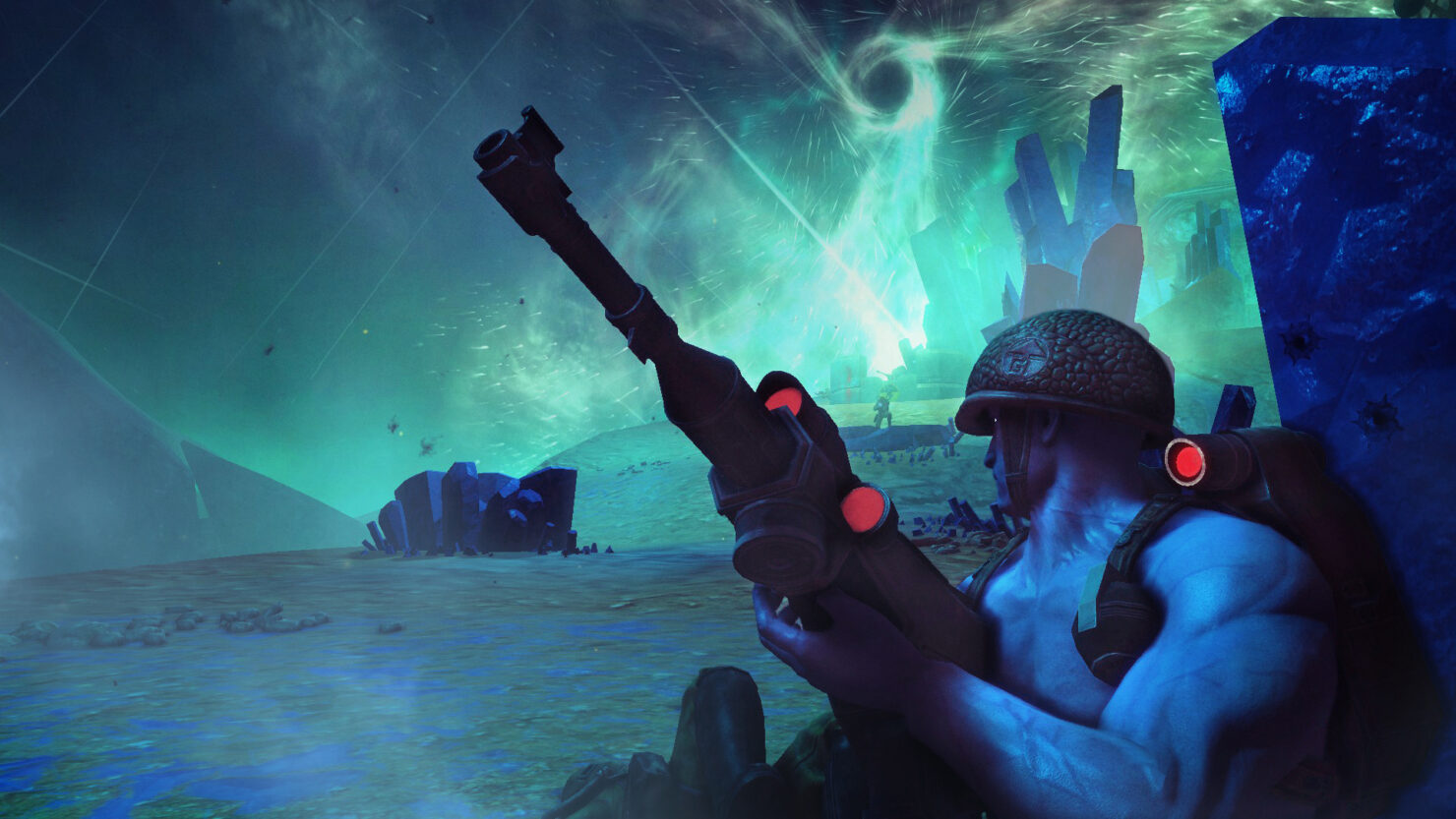 Rogue Trooper Redux is a remaster of 2006's game made by Rebellion’s in-house developers in conjunction with UK studio TickTock Games, including:

You are the last Genetic Infantryman (GI). Bred for war and betrayed by your superiors at the Quartz Zone massacre, you stalk the battlefield as a one-man squad, carrying the sentient biochips of three fallen soldiers in your rifle, pack and helmet.

Your mission? Fight your way across the chemical-blasted wastes of Nu-Earth - a planet ravaged by an endless apocalyptic war – in search of the Traitor General… and payback!

ENHANCED ABILITIES
Your biochips aren’t just there for conversation, they are your tactical edge! Gunnar turns your rifle into a sentry gun and boosts your accuracy under fire. Helm offers tactical advice and distracts enemies. Bagman can manufacture custom ammo, salvage parts, upgrade weapons and even lay minefields!

ONLINE CO-OP
Test your mettle in online co-op for 2-4 players and relive the events leading up to the main campaign. Defend your position against incoming waves of deadly Norts in ‘Strongold’, or fight your way to safety in ‘Progressive’ mode!

Interview with Rebellion’s Rich May on Rogue Trooper Redux