Asus showed its new concept motherboard which is part of its new ROG (Republic of Gamer) series products, The ROG Immensity. The motherboard will support the Socket LGA 1366 processors using a discrete ATI HD5000 series GPU with GDDR3 dedicated memory. The motherboard is based on the X58 + ICH10R chipset. The X58 is wired with the Lucid Hydra 200 chip which runs the both PCI-e x16 2.0 slots. This means that the motherboard will drive ATI + Nvidia cards when coupled up. The Hydra chip handles the load-balancing between the GPUs depending on their computation power and features available. 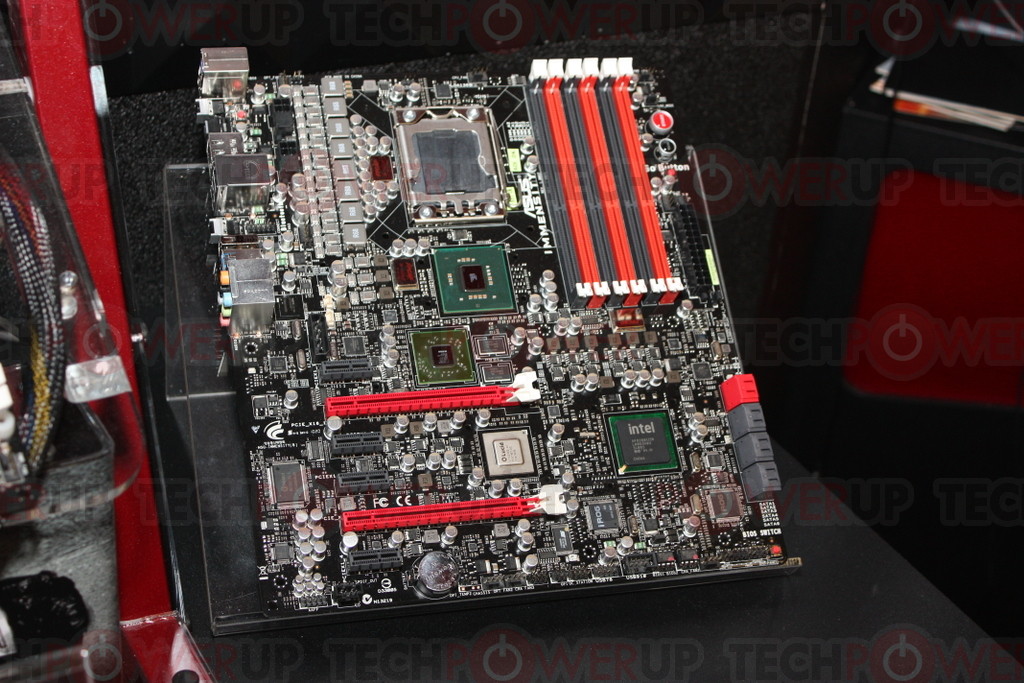 The ROG series motherboard is designed for extreme overclocking, making use of an 8-phase PWM circuit with additional stabilizers and power conditioning using super-ML capacitors you can achieve such overclocks. There are 6 DDR3 memory slots which will be used in Tri-Channel mode and s powered by a 6-phase PWM circuit with its own power-conditioning super-ML capacitor. The ROG features such as ROG connect and iROG are also present. While the connectivity includes SATA 3 Gb/s RAID, two SATA 6 Gb/s ports, USB 3.0, Bluetooth, gigabit Ethernet, and 8-channel audio and comes with four PCI-e x1 slots. As the motherboard is a Concept design so its unlikely to tell when will Asus launch it. 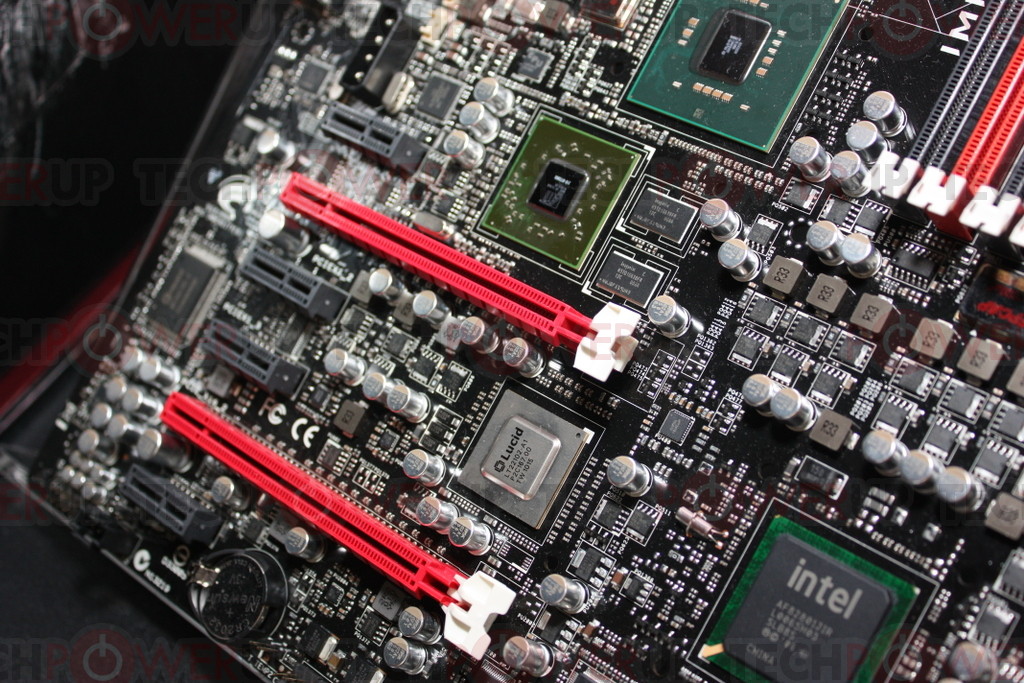 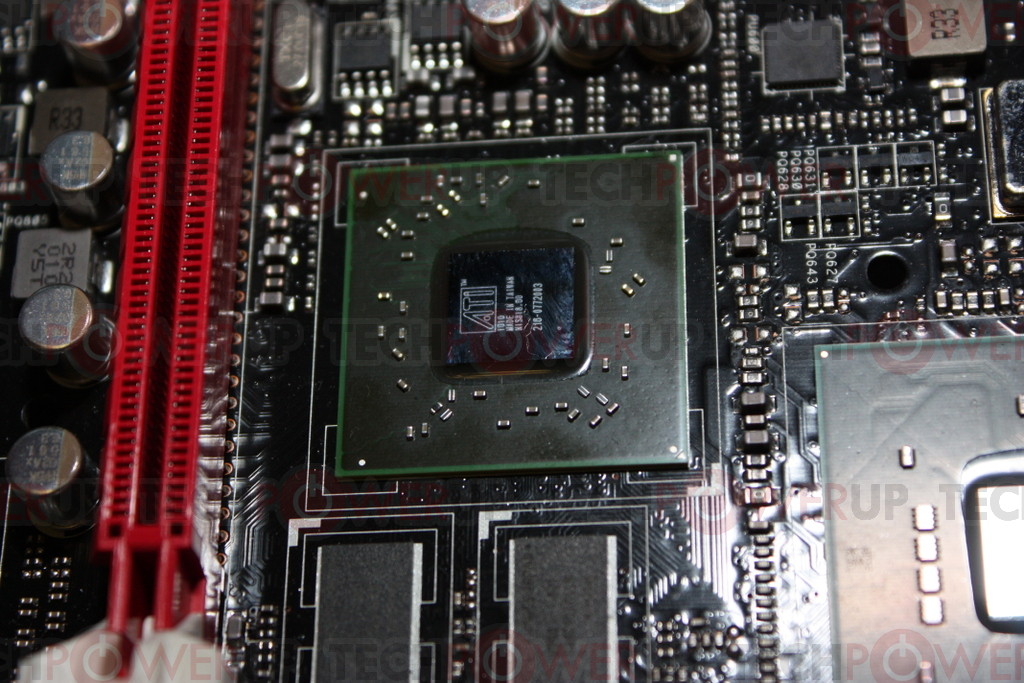