Humans step aside, your cooking days are over. Now relax and let your robot do the cooking. A new technology that researchers have developed now teaches the robots in an artless way just by watching YouTube videos on internet. 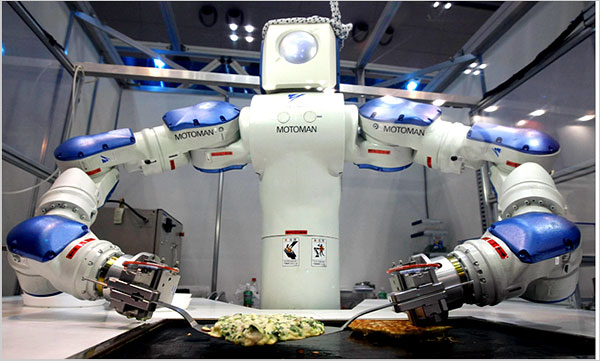 Research was primarily held by the researchers from the Australian Center NICTA and University of Maryland. They published a paper that explains their attainments and will be presented at the 29th Advancement of Artificial Intelligence Annual Conference. In order to train the robots used as models for this purpose, researchers gathered 88 YouTube videos that contained people cooking in reality, which is recorded and published on YouTube. Once it’s done, the researchers then engendered commands and directives for the robots to perform. As humans we do expect that computers are merely objects that cannot share physical traits with us. In contrast to what is stated before, robots have been, almost for decades now warped into human like shapes. Despite having computers underneath, they work in the pursuit of cleverness and are likely to be a household assistant.

“We believe this preliminary integrated system raises hope towards a fully intelligent robot for manipulation tasks that can automatically enrich its own knowledge resource by “watching” recordings from the World Wide Web,” the researchers concluded. 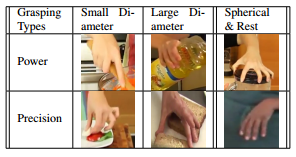 “Deep Learning” is the up-to-the-minute type of artificial intelligence that has been demonstrated by the researchers in this portfolio development.  Attainments as of late, Training systems are involved in deep learning which are known as artificial neural networks. This is based on information consequential from images and audios and later presenting the system containing new information and getting corollaries as a response or feedback. Restaurants in China roll out robot waiters and kitchen staff. Convolutional neural networks (CNN) were also hired by the researchers which are currently used at Facebook. The prediction about this system also states the involvement of objects and hands in action.

For more information regarding the system check out this article.