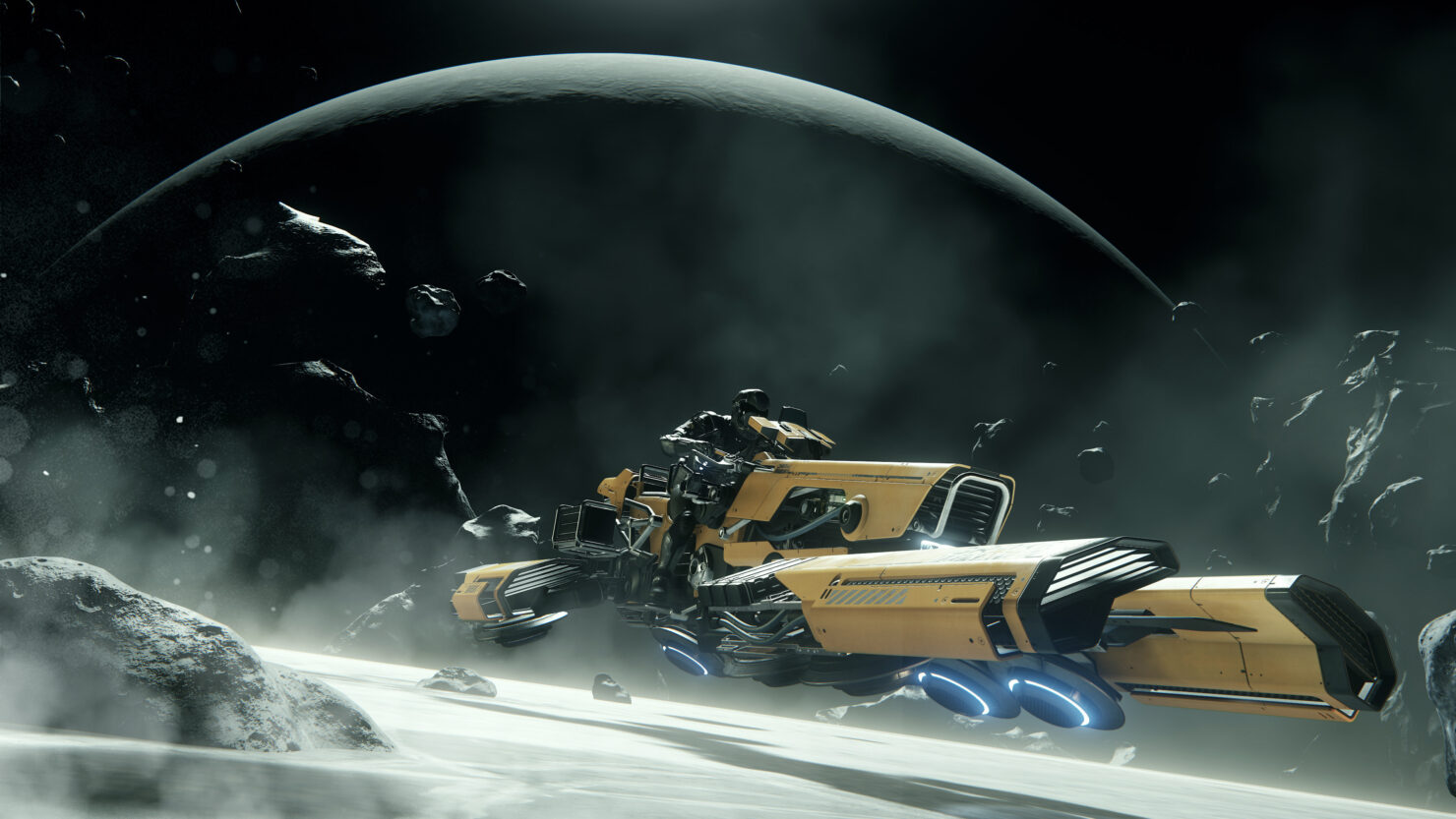 Chris Roberts was recently interviewed by Gamers Nexus. As usual, Roberts talked openly about Star Citizen (the King of Crowdfunding with $124,409,187 as of writing); to begin with, he changed his famous "best damn space sim" to something even more ambitious.

Right. It's not even 'best damn space sim' anymore, it's 'best damn everything sim.' Especially with the way the procedural planets [...] we were able to do that with everyone's support, which allowed us to open up the Frankfurt office and hire up people that are incredibly talented [...] That's the iterative way that Star Citizen works, because I wasn't thinking we were going to be able to do what we are going to be able to do now, but the additional play possibilities that come with it and what players will be able to do by themselves, it's really exciting.

You've opened up a much bigger palette of things you can do because you have planetary locations, you can do things, recover things, rescue people, create your own little place – whatever you want to do. Whereas before, we were more limited to space and landing areas that were just a certain area, so it's – from a game designer standpoint, someone making games – it's super, super, super exciting, because it means the world is going to feel bigger and more alive.

Roberts then talked about the weather system and solar positioning changes.

A visual FX artist could create a flow map for clouds, and it would look pretty cool and everything, but then you'd have to be creating flow maps for every single planet you do. [...] Whereas this way, if they create the planet and the biomes [go], 'OK, this is a hot area, this is a cold area,' and then the simulation just simulates the wind and weather patterns, which would generate the cloud patterns, then you just don't have to do anything. It takes more work to do that upfront, but longer term [the weather system] allows for a greater range of gameplay and fidelity, and also less work needed down the road.

A massive change we did which people may not think about is that – every 3D engine I know moves the sun. So basically, the sun moves. Well, the sun doesn't really move in our solar system – it stays in the middle and we move around it. It was a massive change in the engine, where the sun is fixed in place, and so it depends on where you are relative to the sun, [that's] where the lighting is. It's not that the sun's moving, you move.

That's a fairly fundamental, base rendering and shading change. So that was an example of something that we had to do because of what we're doing with our star systems. Night and day cycles on a planet for us will not be because the sun's moving, it'll be because the planet's rotating on its axis. [The system] will also be able to rotate the planet around the sun.

Star Citizen should be soon updated to Alpha 2.6, while the Alpha 3.0 is still scheduled to release before the end of the year. You can check out the Gamescom 2016 demonstration below in case you missed it.