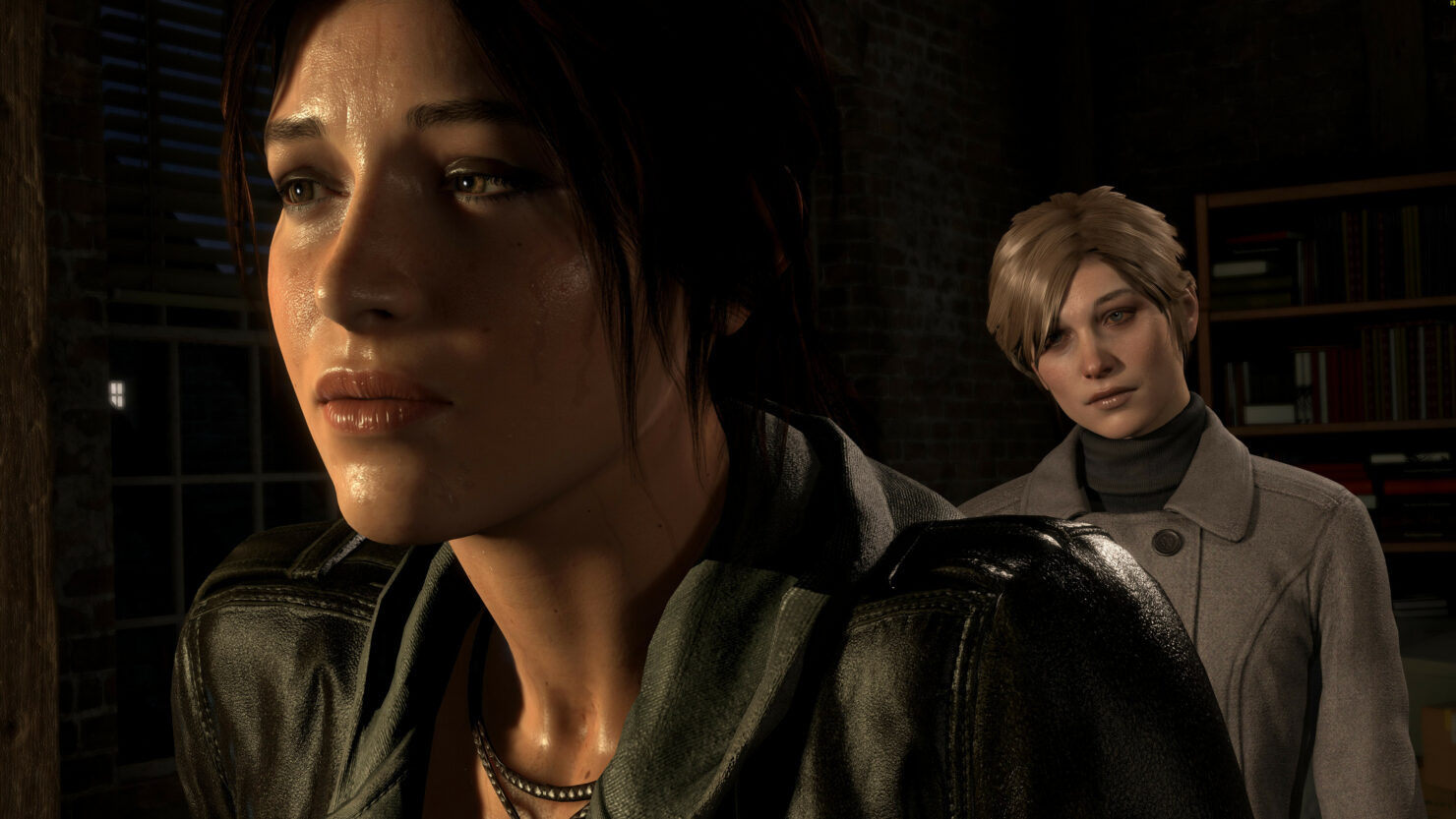 Eidos Montreal's Rise of the Tomb Raider was one of the first games announced to be compatible with Sony's new PS4 Pro console, and we quickly reported a comparison with the PC version at 4K resolution, based on the first screenshot released.

However, now we have video footage of Rise of the Tomb Raider running on PS4 Pro and Eurogamer's Digital Foundry published a thorough video comparison between these two versions.

We have grabbed snapshots that show the differences far more clearly than the first screenshot, which looked really close. For instance, it appears that the PS4 Pro version is using the same texture quality setting that we've seen on Xbox One, which is comparable to High on PC; you can check the noticeable difference with PC's Very High in these two screenshots. 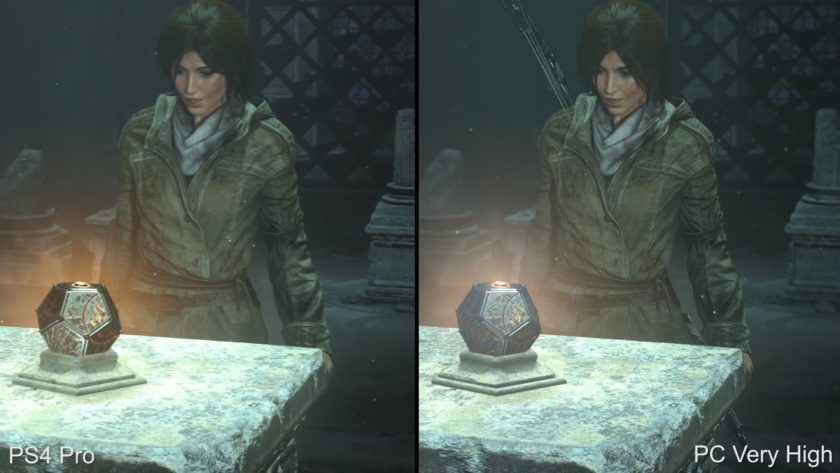 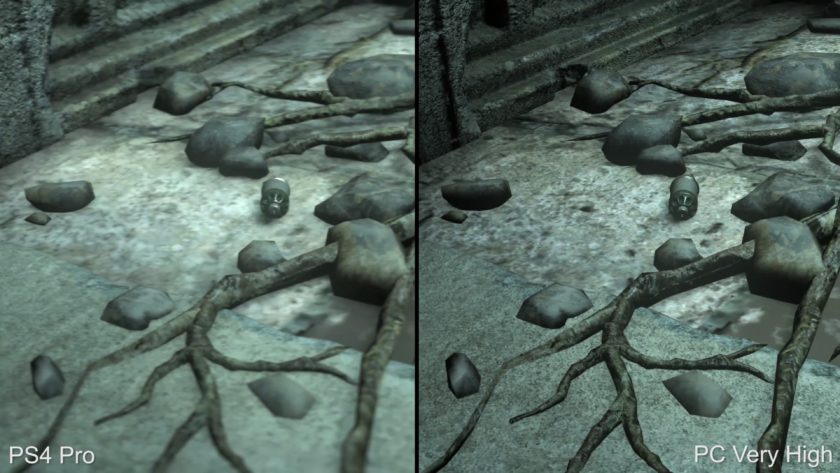 Rise of the Tomb Raider on PS4 Pro also seems to lack Specular Reflection, a setting that was added post-launch to the PC version in order to reduce aliasing on edges. 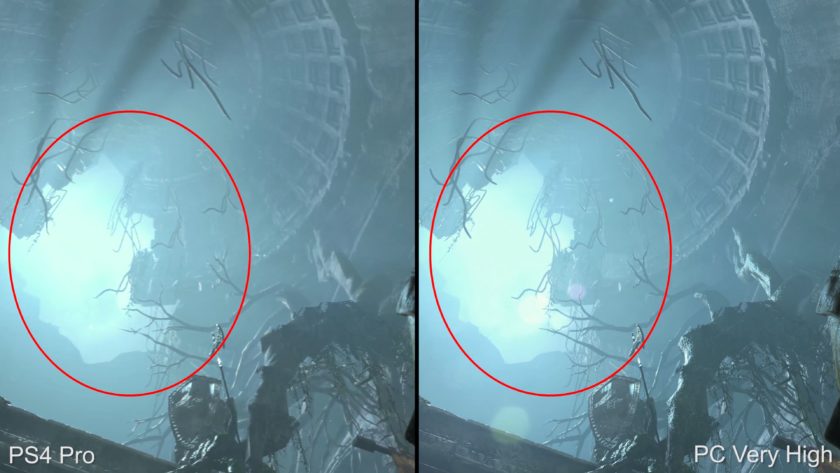 It even appears that the developer changed certain scenes a bit. For example, we can easily see that some lighting and indeed, an entire massive fire is missing from the scenes below on PS4 Pro. 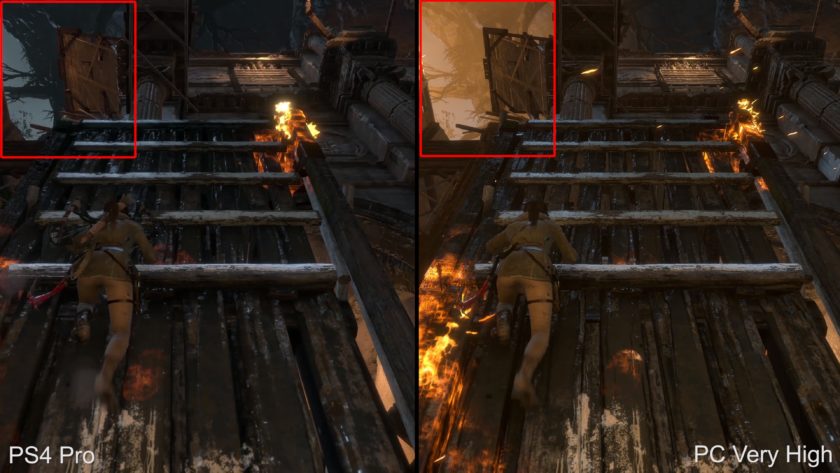 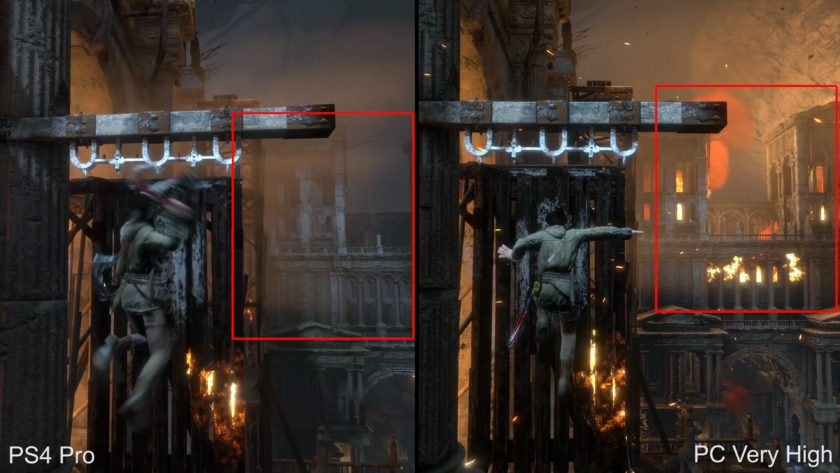 Finally, even ambient occlusion and shadow maps are clearly inferior and that's even using HBAO+ (which is standard for the Very High preset on PC) rather than VXAO, which is much more taxing but also offers superior quality. 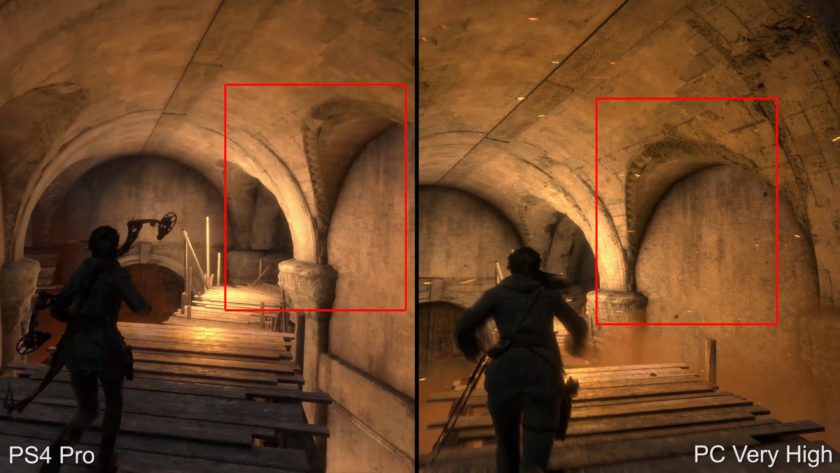 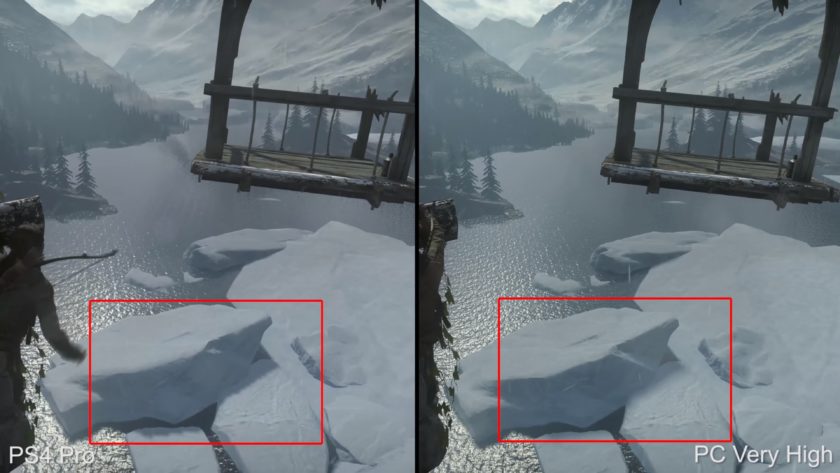 Of course, none of this is majorly surprising. The PlayStation 4 Pro has its technical limits, while the hardware required to run Rise of the Tomb Raider at 4K and max settings on PC is far more expensive. Overall, the PS4 Pro appears to offer a great graphical compromise for a mere $399, but the graphics fidelity crown still remains clearly in the hands of PC.

In related news, Rise of the Tomb Raider: 20 Year Celebration will be available for PlayStation 4 on October 11 with support for PlayStation VR. There'll also be new content: a new story chapter called Blood Ties and set in Croft Manor, a zombie mode called Lara's Nightmare and the addition of co-op in the Endurance mode; all of this will be available on Xbox One and PC too, for free if you are a Season Pass owner.

Check out the latest Croft Manor trailer below.