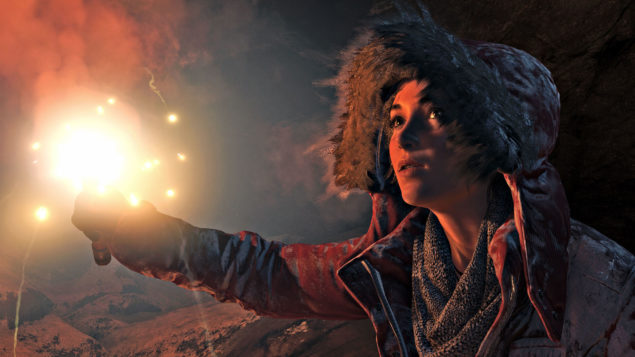 Rise of the Tomb Raider for PC is out now on both Valve's Steam and Microsoft's Windows Store. The good news, for those who are interested in the game but are short on cash to pay the full price, is that there's a trick to get the game via the Windows Store for just $9.

On Windows 10, hit the Windows key to bring up the Start bar and type region. A few results will appear; click on region and language settings.

You can now enter your credit card details as you normally would. Just make sure to also pick the same region you have previously chosen.

Enjoy this "deal", as there's no telling if and when Microsoft may choose to rectify the trick itself. The Windows Store version of Rise of the Tomb Raider is basically identical to the Steam, though a few differences have been reported - one is that the game apparently can only run at Full Screen Windowed Mode rather than Exclusive Full Screen; another is that it seems to use the Xbox One controller's impulse triggers, unlike the Steam version.

Don't worry if the progress bar doesn't seem to progress as it should, as it's among the known issues listed on the store:

If you own an NVIDIA card, remember to check the performance guide and download the latest optimized drivers. An AMD hotfix should also be released soon with some performance improvements.