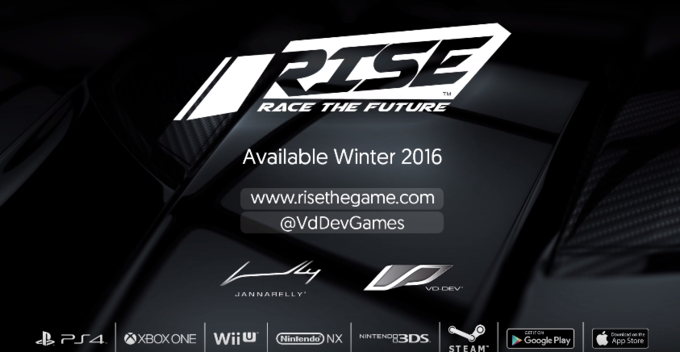 [Update 1]  It would seem that developer VD-Dev has now censored the Nintendo NX logo in the announcement trailer for Rise: Race The Future ( skip to 1:12 in the video). This probably has something to do with the fact that the Nintendo NX hasn't been officially revealed, nor has its logo been shown off. 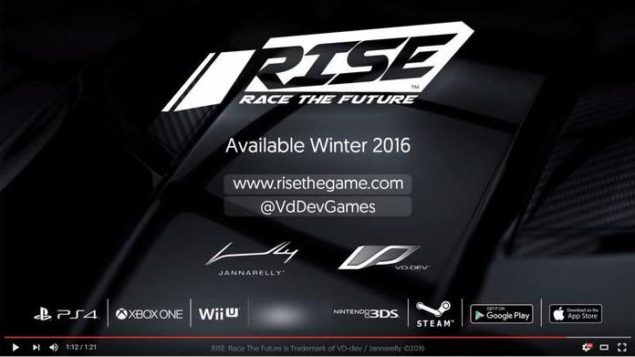 [Original] Developer VD-Dev has released a teaser trailer for the upcoming Rise: Race the Future in which the Nintendo NX logo makes its appearance.

The racer will become available Winter 2016 for all major platforms, including the upcoming Nintendo NX, if the teaser is to be believed. Interestingly, the logo for Nintendo’s upcoming console hasn’t been revealed, but VD-Dev seems to use some sort of placeholder logo for the NX.

'RISE: Race The Future' is the upcoming racing game from the studio VD-DEV renown for their technical skills. They decided to broaden their vision through the art of a professional automotive designer, Anthony Jannarelly, famous for having penned the exclusive supercars of W Motors and for having co-funded Jannarelly Automotive.

Another interesting tidbit is that the teaser mentions a Winter 2016 release, while the Nintendo NX won’t be released before March 2017. At least, that’s what Nintendo stated in their recent financial report.

The NX will be based on a brand-new concept, and according to Nintendo’s CEO, Tatsumi Kimishima, the console won’t be the successor to the Wii U, but is expected to have a larger impact.