UPDATE: The first PC screenshots (rendered at 4K resolution) are now available on the press site and we've added them to the following gallery.

ORIGINAL STORY: Square Enix has today officially revealed the system specifications for the Rise of the Tomb Raider PC. The action-adventure requires at least a GTX 650/HD 7770 with 2GB VRAM, and will be releasing on January 28. 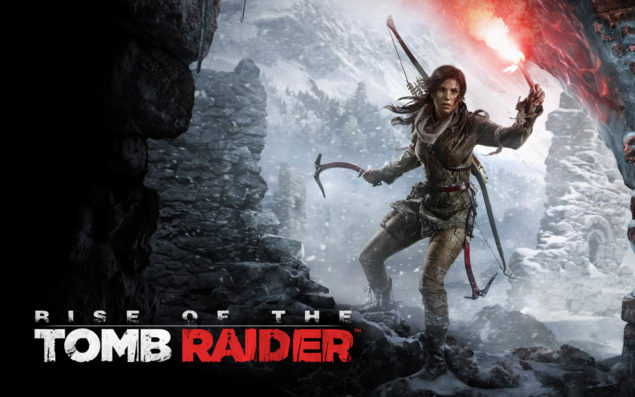 “The PC release of Rise of the Tomb Raider continues the positive momentum from our highly successful partnership and collaboration with Microsoft for the launch on Xbox One and Xbox 360,” said Scot Amos co-Head of Studio at Crystal Dynamics.

“PC players are a passionate, devoted audience and we know they’ll embrace the version created for their systems,” said Ron Rosenberg, co-Head of Studio at Crystal Dynamics.

Lara’s Journey – Lara uncovers an ancient mystery that places her in the cross-hairs of a ruthless organization known as Trinity. As she races to find the secret before Trinity, the trail leads to a myth about the Lost City of Kitezh. Lara knows she must reach the Lost City and its hidden secrets before Trinity. With that, she sets out for Siberia on her first Tomb Raiding expedition.

Woman vs. Wild – In “Rise of the Tomb Raider,” Lara battles with not only enemies from around the world, but the world itself. Hunt animals to craft weapons and scavenge for rare resources in densely populated ecosystems. You’ll encounter beautifully hostile environments, full of treacherous conditions and unstable landscapes that will require Lara to push her limits to the very edge.

Guerilla Combat - Use the environment to your advantage, scale trees and dive underwater to avoid or takedown enemies, configure Lara’s gear, weapons, and ammo to suit your play style from stealth to guns blazing, craft explosives on the fly to sow chaos, and wield Lara’s signature combat bows and climbing axe.

Return to Tomb Raiding – Tombs are back, and they’re bigger and better than ever. In “Rise of the Tomb Raider” you’ll explore huge, awe-inspiring ancient spaces littered with deadly traps, solve dramatic environmental puzzles, and decipher ancient texts to reveal crypts as you take on a world filled with secrets to discover.

Square Enix has released a PC fact sheet, which includes the game's minimum system requirements. The fact sheet can be downloaded right here.

The recommend specs remain unknown, but we’ll update when we learn more.

Rise of the Tomb Raider PC releasing on January 28

Today, Square Enix has officially confirmed that the action-adventure from Crystal Dynamics and Nixxes (which is handling the port) will be released on Steam on January 28.