RiME Launches in May on PC/PS4/XB1 and Nintendo Switch 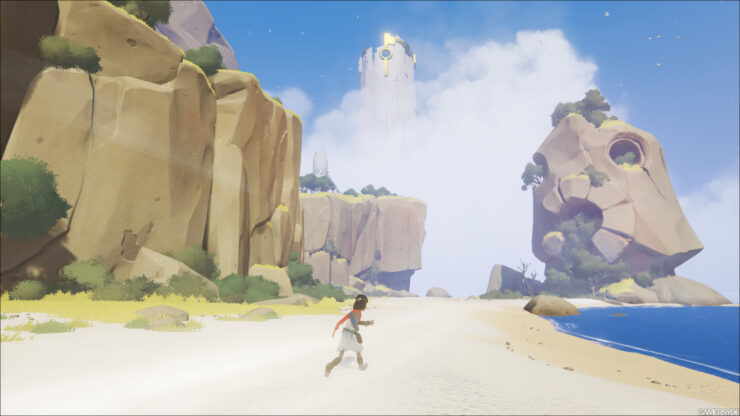 Tequila Works today revealed to IGN that RiME will be launched in May 2017 on PC, PlayStation 4, Xbox One and Nintendo Switch. To celebrate the news they also shared a brand new gameplay trailer, which you can find embedded below.

The game had originally been announced at Sony's Gamescom 2013 press briefing. It then fell off the radar for a while and eventually Spanish studio Tequila Works (which you may already know for Deadlight) announced they had purchased the IP rights back from Sony.

Just ahead of last year's Gamescom, the studio revealed that it would partner with Grey Box and Six Foot to publish the game in 2017. A couple months ago, Tequila Works CEO Raùl Rubio admitted that the team probably revealed RiME too early, but he also promised players would be pleasantly surprised once the game ships.

Here's the official description of the game, in case you need a reminder:

RiME is a single-player puzzle adventure game about a young boy shipwrecked on a mysterious island after a torrential storm. Players must use their wits to decipher the challenges and secrets of an expansive world strewn with rugged terrain, wild creatures and the crumbling ruins of a long-forgotten civilization. With subtle narrative, colorful artwork and a sweeping score, RiME offers players a meaningful journey filled with discovery.

Tequila Works is also working with Cavalier Game Studios on The Sexy Brutale, an intriguing puzzle/adventure game that Dave previewed for us at Gamescom 2016.

While it was a simple demonstration, The Sexy Brutale utterly captivated me. I wanted to explore the mansion, follow NPCs, learn what was happening. It was Wccftech’s Adventure Game of the Show, and for good reason. RiME creators Tequila Works and Cavalier Studios are jointly creating something great, and I can’t wait to get my hands on it.

The Sexy Brutale is scheduled for a Q1 2017 release on PC, PlayStation 4 and Xbox One.