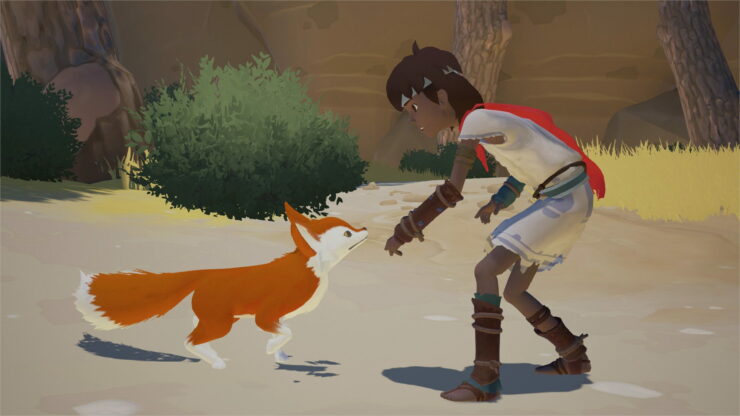 Tequila Works, the Spanish studio responsible for games like Deadlight, The Sexy Brutale (alongside Cavalier Studios) and the upcoming RiME, is currently holding an Ask Me Anything (AMA) session on Reddit.

We've highlighted three particularly noteworthy answers. For instance, the game will release at a later date (Q3 2017) for the Nintendo Switch and many fans have been wondering how that port is going. Apparently, there's no cause to worry, though the developers did say it was a big challenge for any team porting a game to the Switch.

We're currently reworking a lot of the content in the game to make it more appropriate for the Switch SKU. So far, we've managed to keep the visual impact to a minimum. RiME's unique art style has made it easier to make this possible, but it's still a big challenge for any development team.
Our goal is quality, and we have to walk the tight rope between performance and visuals. We think we have a path forward from here, and we're optimistic that players will love being able to take RiME with them when they're on the go.

Now that we've answered those questions, development is moving along splendidly. Once we make a little bit more progress, we should be comfortable projecting a release date and sharing that with you (and everyone else)! Thanks for your patience, and we hope to have more soon.

Creative Director Raúl Rubio then revealed that Tequila Works already has ideas for a potential sequel. He also explained the title's origin.

We have ideas on where to go with the sequel but it's too soon for that. We just released RiME! They say an end is a new beginning..

Because of the poem "Rime of the Ancyent Marinere". Although subtle, there are ties between it and RiME but you need to play the game until the end to connect the dots... However if we wanted to sound cool we would have called it "RiMEY McRimeFace".

When a Redditor asked whether Tequila Works got influenced by Studio Ghibli's games, they were happy to confirm it.

YOU BET!!!! All of us are huge fans of the work of Hayao Miyazaki and Studio Ghibli. The depiction of water and flow, the wind, the colors of the Adriatic Sea in Porco Rosso, nature... is so inspiring and charming! It definitely was an influence in RiME.

Check back tomorrow to find our review of RiME. Meanwhile, you can read our interview with Tequila Works published a few months ago.