Xanadu Next Review – A True Blast from the Past

Japanese developer Nihon Falcom has only recently started getting some well-deserved recognition in the West, but the team is rightly considered legendary in the East, thanks to several excellent titles released in the past. The action role-playing game Xanadu Next is among some of the best titles released by the team, and thanks to XSEED and Marvelous, Western players can now check out themselves what makes this game so good, despite some obviously outdated design choices which only impact the experience marginally.

Like other role-playing games developed by Falcom, world building is central in Xanadu Next, almost taking precedence over the story, which is somewhat basic. A nameless former knight and his friend Charlotte travel to Harlech Island to discover the mysteries of the island, which seems to be tied to the legendary sword called Dragon Slayer and the ancient kingdom of Xanadu. During the course of the adventure, the knight and Charlotte will get to know more about the kingdom, which brought their demise, and how the people of the kingdom reacted to the ending days of their glorious civilization.

Being a spin-off of Xanadu: Dragon Slayer II, Xanadu Next features a few references to other entries in the series, but having played them is not required to enjoy the story, which is, frankly, not all that original. It's a good old-school tale, vastly enhanced by the excellent Falcom trademark world-building, but if you're playing Xanadu Next for deep character interactions and twists behind every corner, you're probably playing the wrong game. 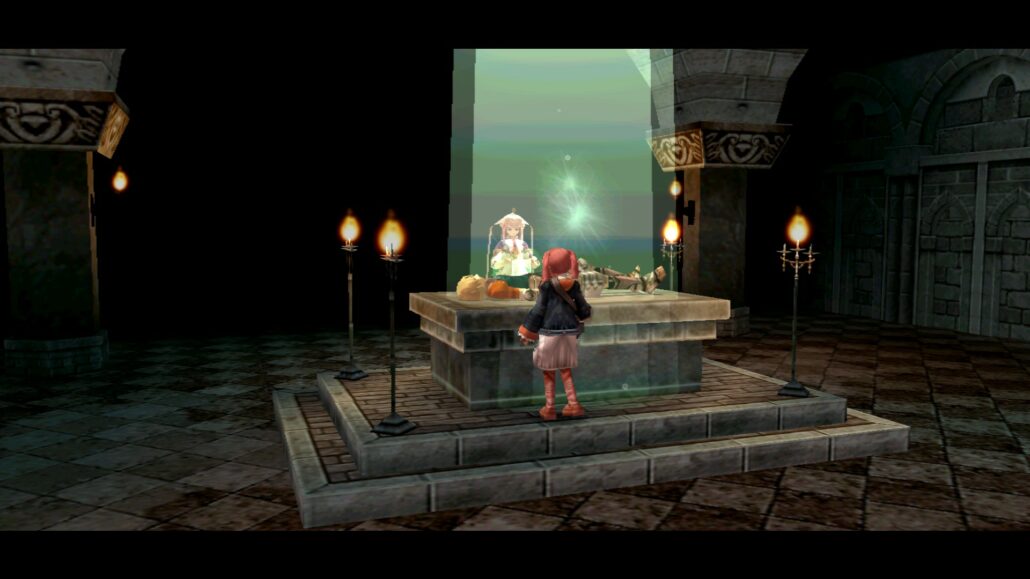 Where Xanadu Next truly shines is in its gameplay. Those who played plenty of old-school Action RPGs will find themselves at home in Xanadu Next, as the game comes with features that are familiar to Zelda and Castlevania fans, such as a top-down view, complex interconnected locations to explore, puzzles to solve, a variety of weapons with different properties and much more. As strange as it may sound, Xanadu Next didn't borrow these features from other games, as it's the Dragon Slayer series that actually influenced those popular franchises back in the 80s.

The mix between action role-playing games and puzzle game elements is one of the features that makes the Xanadu next experience so engaging. While exploring the game's many locations, players will have to solve puzzles quite often not only to proceed, but also to obtain new weapons and items, something that makes exploration quite rewarding. Puzzles aren't terribly complicated, often centered around moving blocks to activate switches or reach inaccessible areas, so the experience is never really frustrating.

Another thing that Xanadu Next manages to represent faithfully, not without some annoyances, is the adventuring feel. All locations of the game feature locked doors, which can only be opened with keys. These keys can be found randomly by destroying crates or cutting grass, or they can simply be purchased in the main town's shop. Due to this, players must always prepare themselves before venturing out to avoid having to go back to town to stock on keys. Backtracking, thankfully, is made easier by shortcuts that can be unlocked by fully exploring the location, but it can still be somewhat annoying. Even if fully stocked, you may still have to go back to town upon level up, as stats can only be boosted in the town's temple. With stats influencing the character's performance in battle as much as they do, backtracking becomes a requirement if a boss proves to be too difficult.

Unlike the Ys series, which focuses on straight on the action, combat in Xanadu Next is a bit more strategic than in other similar games, with a bigger focus on positioning and elemental weaknesses. Attacking enemies from the sides or from behind not only increases critical hit chance but also gives players more time to get away from potential counterattacks, which can be quite damaging, especially if more than one enemy is involved in the battle. A good variety of active and passive skills, which are learned through weapons, make combat varied, allowing players to employ different strategies in regular and boss battles.

Xanadu Next role-playing game mechanics are quite interesting and well developed. As mentioned above, players are able to improve their stats upon level up only in the town's temple. The stats not only influence the character's performance in battle but also dictate which weapons and armor pieces they can equip. While this may limit players in a few ways, it's a system that works quite well, giving players some sort of guide while enhancing stats. The system is also lenient, in a way, as it's possible to level down and redistribute stats points once levels have been gained back, this time requiring fewer experience points. Stats can be further enhanced by the Guardians system, which allows players to receive their blessings to increase stats, items drop rate and much more. Guardians, like the main character, also level up, improving the potency of their blessings. 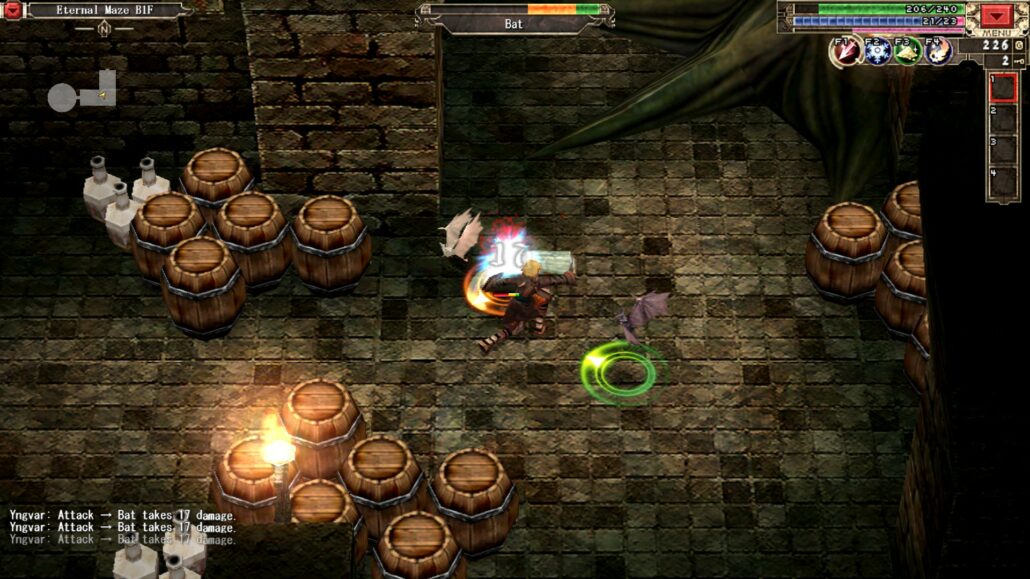 Xanadu Next generally works well, but there are some outdated design choices that do impact the game a bit, such as the aforementioned need of constant backtracking, which can get annoying. Another offender is the menu system, which feels cluttered and not all that functional, with things getting even worse when playing with a controller. As the game has been originally released over 10 years, these issues aren't surprising at all, but they're still somewhat annoying.

Being a 2005 game, the Xanadu Next presentation also feels outdated, even more than other Falcom games from the same era. The game sports a rather simple 3D look, with somewhat blocky characters and simple locations that work well together, considering the time it was developed. The soundtrack, on the other hand, is truly excellent, albeit different from other titles from the team, featuring some nice atmospheric pieces that actually enhance the experience.

At the end of the day, I really enjoyed my time with Xanadu Next thanks to the nice world building, combat, exploration, and puzzles. Despite featuring outdated design choices, especially the menu system and excessive backtracking, Xanadu Next is truly a blast from the past and a game that no fan of the genre should miss.

Xanadu Next is a literal blast from the past, a 2005 action role-playing that manages to be incredibly engaging still today thanks to several spot-on features, such as the excellent mix between RPG and puzzle games elements, action combat system and the evocative soundtrack. Some design choices definitely feel outdated, and so do the visuals, but these small flaws impact the experience only marginally. Highly recommended to all fans of old-school action role-playing game.