The Walking Dead Michonne Episode 3: What We Deserve Review – Was It Really The Right Choice?

The Walking Dead Michonne Episode 3: What We Deserve

In the previous episode of The Walking Dead Michonne, things were about to get real messy. The hated Randall followed Michonne and her party to Sam's house, managing to become even more hateful before finally getting what he deserved, or at least part of it. With his sister Norma moving out to rescue him and settle the score, Michonne, Pete and Sam's family need to get ready for an unavoidable fight that might cost them their lives. 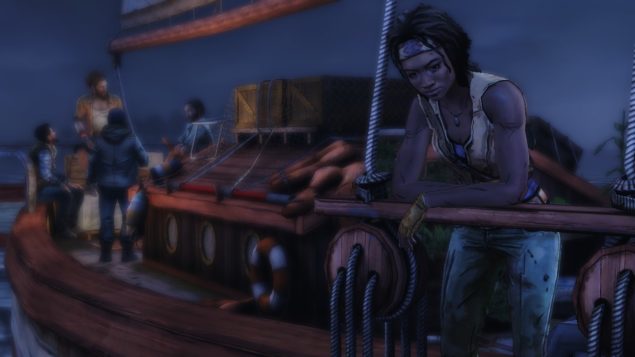 The Walking Dead Michonne: Episode 2 felt much better than the first episode, thanks to a much quicker pace and tenser atmosphere which many expected would be picked up by the final episode, What We Deserve. Unfortunately, Episode 3 reverts back to the pace of the first episode, bringing the whole narrative tension down quite a bit before ramping it up during the final sequences. The uneven pace, while expected due to the shortened format, doesn't really work: after the final events of Episode 2, all the build up in the first half of Episode 3 fails to create the required tension for the final confrontation, undermining the final sequences in the process. There's finally some character development for characters other than Michonne, Pete and Sam, but, at this point, it's really too late to get invested in characters that have had only a few minutes of screen time in the past episodes. Even the exchanges between Michonne and Pete, one of the strongest points of the whole series, feel somewhat worse from what we have witnessed previously.

Despite the bad pacing choices, The Walking Dead Michonne Episode 3 still manages to keep players entertained, mostly thanks to the main character. In What We Deserve, Michonne's trauma comes back into the forefront at the worst possible time, in some sequences where reality and hallucinations mingle that are quite impactful and overall very well done. The final confrontation and ending aren't any different from what Telltale has created for other The Walking Dead games, but they're also well done, and give a bittersweet sense of closure, which is definitely in line with the somber world created by Robert Kirkman. 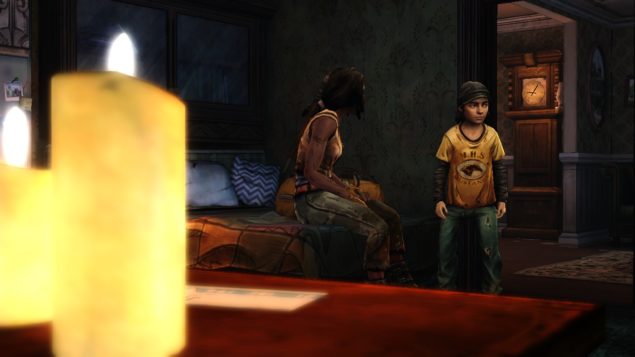 Gameplay wise, The Walking Dead Michonne Episode 3 doesn't really add anything new to the table. The sequences where players have control of Michonne are few, and there's very little to do other than interact with characters and a few optional objects, which give more details on Sam's family. There are no new Quick Time Events types, unlike Episode 2, and the strict timing of some of them is the same as the previous two episodes, so expect to fail some of them a couple of time before getting them right. There are also plenty of choices to make, but they don't carry the same moral burden of some of the previous ones, making most of them feel somewhat pointless.

Everything considered, The Walking Dead Michonne Episode 3: What We Deserve only confirms what most feared following the release of the first episode. The shortened three episode format doesn't work as intended, forcing the story forward too quickly with too little character development and an uneven pace.. It's a shame, because some of the characters, especially Michonne and Pete, had a lot of potential, and the story might have been more gripping if players didn't end up confronting some mono-dimensional villains with no clear motivation other than the most basic one. While The Walking Dead Michonne features some very entertaining sequences, they're too little to make it the best The Walking Dead Telltale adventure title.

The Walking Dead Michonne Episode 3: What We Deserve confirms all the issues that have emerged in the previous episodes. With very little character development for secondary characters and villains, uneven pacing and short total play time, The Walking Dead Michonne fails to become a truly compelling experience. There are moments of brilliance, but they're overshadowed by the need to end the story as quickly as possible due to the shortened format. Entertaining, but hardly memorable.