The Walking Dead Michonne Episode 2: Give No Shelter Review – Walkers Are Bad, People Are Worse

Previously, on The Walking Dead Michonne, things have gone from bad to worse. Following a failed suicide attempt, Michonne gets acquainted with the crew of The Companion, who have shown her that doing good is still possible in a world truly gone to hell. In the attempt to locate some of The Companion's lost crew, Michonne and Pete find themselves getting too close to some unsavory individuals, whose brutal attitude will lead to some dramatic consequences. 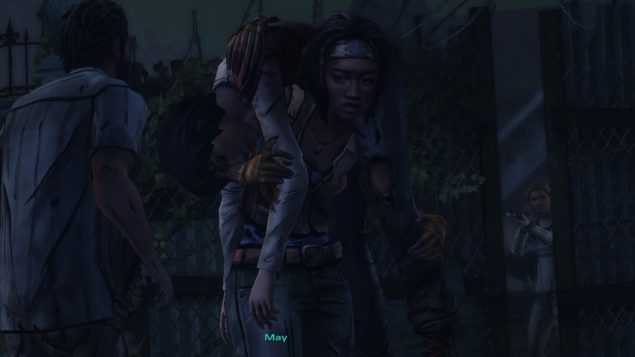 The Walking Dead Michonne Episode 1 let players get acquainted with the series main players, resulting in a rather slow pace. With everything having been established by the first episode, Episode 2: Give No Shelter, is a more action packed and tense experience, which definitely makes it more enjoyable. Players will have no respite while running away from Norma's goons, going from a frantic escape from armed men to a slower, but no less tense, sequence where players will have to get quite close to the undead. The pace slows down only during a short segment, before picking up again right before the ending sequences.

While the faster pace is a very welcome change over the slow pace of the first episode, it also leads to a few issues that are going to affect the whole series. Episode 2 introduces a couple of new characters, Samantha and Greg's family, but it doesn't do much to make players care about them, making a later story bit less impactful than intended. Villains also suffer from this lack of character development, with Norma and Randall being quite mono-dimensional. Randall is definitely despicable, for instance, but players are left wondering if there's a reason behind his behavior. Up until the end of Episode 2, it feels like he's like this only to give Michonne's story a recognizable villain. 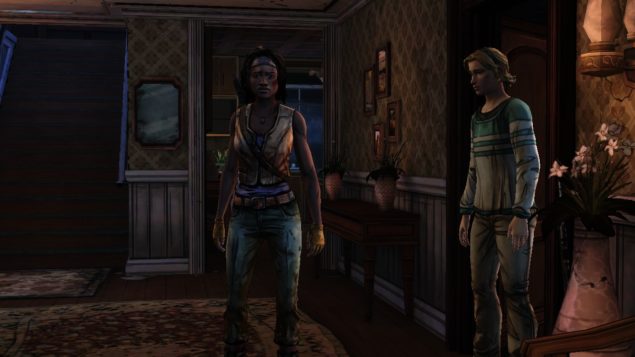 The much faster pace isn't the only feature of The Walking Dead Michonne Episode 2 that makes players feel like they're not just playing an extension of the first episode. Give No Shelter includes some new QTE variations which are used in quite interesting ways. The timing is just as tight as in the first Episode, so expect to fail a few times. There are also less sequences where players have to walk around the environments, something that definitely helps the episode's pacing.

Another staple of Telltale Games' adventure titles, choices, are back in full force in The Walking Dead Michonne Episode 2. The choices in Episode 2 don't seem like critical choices at the time, with only one truly challenging players like a similar one seen in Episode 1. In this particular sequence, players will be torn between keeping their anger at bay and make the most sensible choice, or just let loose and let their feelings dictate their actions. And both choices will feel like the wrong one.

Regarding the presentation, The Walking Dead Michonne Episode 2 doesn't look that different from the previous episode, featuring the same comic book style the series is known for. Colors still look a bit muted, but the more varied environments make them feel slightly less muted than before. Animations look better as well, with less awkward ones showing on screen. Voice acting is just as good as in the previous episode's, with Samira Wiley delivering an excellent performance as Michonne. 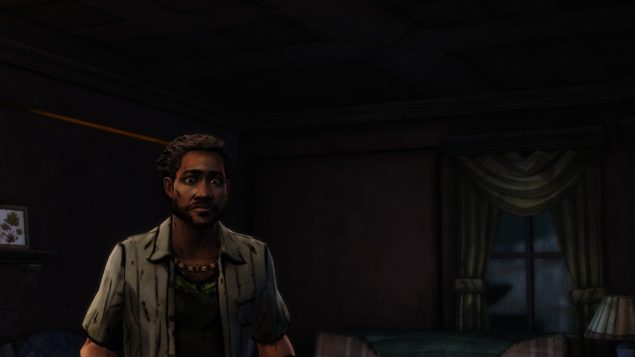 The Walking Dead Michonne Episode 2 Give No Shelter is a worthy continuation of the series, with a faster paced experience which makes it slightly more enjoyable than the first episode, and a cliffhanger ending that makes players hunger for more. Unfortunately, the faster pace leads to some issues, such as the limited development of new characters and villains, that will most likely impact the whole series. As of now, it feels like that the three episode format of The Walking Dead Michonne might have not been the best choice, but only the final episode will allow us to pass a final judgment on the series as a whole.